The Yamaha Genos – A Closer Look

Posted on 6th November 2017 by Callum

Here at Rich Tone Music we are very proud to introduce you to Yamaha’s flagship product for 2017. The Yamaha Genos has rewritten the rule book on Digital Workstations by building upon Yamaha’s rich history and reimagining everything that came before.

Genos represents a complete redefinition of what can be expected from Yamaha keyboards in terms of sound and functionality; it is an instrument only possible from a company with the history, knowledge and passion seen within Yamaha.

We were lucky enough to visit Yamaha HQ in Milton Keynes to find out more about the Genos. Here is what they told us.

Genos is the result of years of research and information gathering; it represents a return to the drawing board to create an entirely new generation of Digital Workstation.

In the development of Genos, the focus was on creating an amazing sounding instrument that not only looked fresh and new but was also easy to use. Running on entirely new software, Genos has be designed to provide the best tool for musicians worldwide. With features such as a 9” colour touch screen, Live Controls and easily assignable buttons, Genos is simple to use weather at home, in a studio, or on stage.

When it comes to sound, Genos offers simply the best quality ever heard from a Digital Workstation. Powered by unique Yamaha technology developed through years of acoustic and digital instrument development, the sonic power and realism of Genos will blow you away.

To understand the theory behind Genos, we first need to look back on the history Yamaha Musical Instruments. 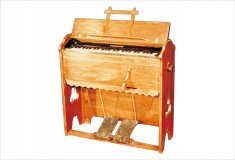 In 1887 Torakusu Yamaha started to produce reed organs in Hamamatsu, Western Japan and a legend was born. During their 130-year history, Yamaha have inspired and amazed countless musicians with ground-breaking innovations and are the world largest musical instrument company. 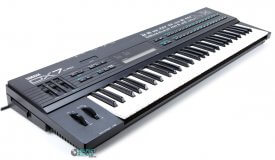 During the 1980’s musical composition and arrangement moved into the digital age. In 1989 Yamaha introduced their first Digital Workstation, the timeless V50. During the 1990’s Yamaha continued their development of digital workstations with the SY series. 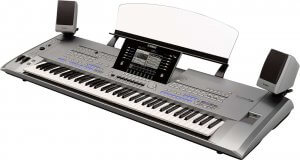 In the 2000’s Yamaha wanted to come up with an entirely new range of keyboards after the success of PSR series. In 2002 they released the TYROS. The TYROS utilised hard-disk recording allowing users to export audio recordings. The TYROS range continued to develop up to the release of the TYROS 5 in 2013. 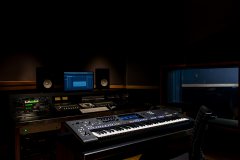 Genos has been created for a whole new generation of musicians, composers and arrangers while keeping features and functionality from the TYROS range.  If you are upgrading from a TYROS then it couldn’t be easier, you can transfer your user data using a USB storage device. We also offer part exchange for your TYROS which you can read more about here.

Features of the Genos

Let’s take a closer look at some of the incredible features of the Genos.

At the centre of the Genos is a new immersive 9” touch screen. Yamaha have decided to do away with the button controlled screens on the Tyros range to create a more immersive and interactive experience. Nearly every feature of the Genos can be viewed and controlled through the screen.

The home screen gives an overview of many key areas including the currently selected voices, style, songs and numerous other options. Along the bottom of the screen there is a menu with 6 options. These “home shortcuts” can be customised through the menu section. 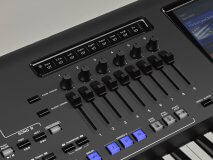 The gateway buttons make navigating the Genos a convenient process. These include Home, Style, Song, Menu, Voice and Playlist. 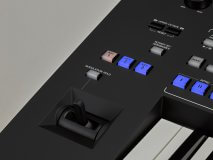 The newly developed Joystick can not only control pitch and modulation at the same time, it is also able to change volume-curves and effects in real time. The setting can be held with the MODULATION-HOLD button.

The GENOS has a huge library of incredible sounds. 1,652 voices and 58 drum/SFX kits will give you plenty of sounds to play with. The library also includes acoustic instruments and classic synth sounds. Let’s take a close look at some of the sounds in Genos –

Genos features a stunning array of both acoustic and electronic pianos. The flagship Yamaha CFX Concert Grand is included, alongside a Yamaha C7: a pop artists favourite. Within the E.Piano section there are numerous voices based on the classic ‘Suitcase EP’. Try moving the Joystick up and down (Y axis) to increase the sound of the mechanical hammer noise.

Premiering in GENOS, KinoStrings are a brand-new concept in Yamaha string sampling. Sitting alongside the ‘traditional’ SeattleStrings, KinoStrings are captured ‘cinematically’ with the instruments of a string orchestra balanced across the stereo field in the same way as orchestral soundtracks are recorded. This gives an array of lush and extremely warm String Voices.

Many new solo Voices in Genos feature a special technology called AEM, which utilises detailed samples of special expressive techniques used on those specific instruments—to bend or slide into notes, to “join” different notes together, or to add expressive nuances at the end of a note, etc. You can add these articulations by playing legato or nonlegato, or jumping between notes in octave intervals or greater. These can also be adjusted by the three “Art” buttons found on the left of the keyboard.

A huge variety of guitar Voices are available within Genos. The acoustic models include many classical, steel strung and ‘resonator’ guitars types while the new electric guitars feature a broad range of sounds due to the incredible DSP power found within Genos.

Organ Flute Voices are easier than ever to control thanks to the touch screen and Live Control section of Genos. When an Organ Flute Voice is chosen, the Live Control section automatically switches to footage control and pressing the Slider Assign button brings up further control over percussion etc. The Home screen gives access to on-screen control over these footages alongside the Voice Gateway which allows control over the brand-new Rotary Speaker control.

Found in nearly every genre of music from the 70s onwards, synth sounds underpin so many famous tracks. The synth Voice content of Genos has been hugely expanded with both modern and classic sounds.

Huge levels of detail and innovative wave cycling technology give Revo Drum Voices a performance characteristic like never before. This Yamaha technology is used in Drum Kit Voices for the first time. Each drum or cymbal has been individually sampled more than 20 times. Algorithms ensure a different sample is chosen each time a drum or cymbal is played. Revo Drum voices transforms Style and MIDI file drum tracks making them sound as dynamic as a live performance.

Genos has the most advanced Style engine found in a Digital Workstation. This technology has continued to evolve until this point, where Genos is virtually indistinguishable from a real life backing band.

With 550 Styles, Genos is packed full with bands from almost every musical genre. Each style has four variations alongside three intros and endings. The Style content with Genos is entirely new and redeveloped to sound fresh and live.

New acoustic styles give the perfect inspiration for singer-songwriters while Chord Progression Styles can be used effectively with the Live Control section to innovate and create dance tracks.

Genos features incredibly versatile recording and playback options. This Song section includes a dual player configuration in which audio and MIDI files can be played back simultaneously and faded between using the hardware crossfader control.

These players support both MIDI and audio (.wav and .mp3) files and can be configured either MIDI-Audio or Audio-Audio.

Genos supports an unprecedented number of different microphone options through its combi jack connector. This allows for either an XLR or Jack cable to be used when connecting a microphone. Genos also has the ability power microphones that require 48v of phantom power.

Playlist is an exciting new feature on Genos. Within this area, large amounts of Registration Memory data can be organised into simple set lists – either for live performance, or just easy access to information.

The Genos features a completely hidden USB Port to store your vital information. 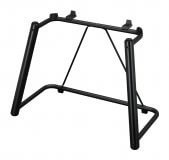 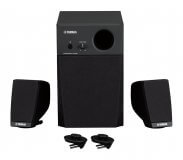 The Yamaha Genos Speaker System is ideal for musicians using their keyboard in the home setting. Designed specifically for Genos, this speaker system is finely tuned to handle huge variables in frequency response. The main speaker and subwoofer produces a warm, tight bass with instant response. The additional speakers provide a surround-sound experience to immerse you in your performance. The Genos speakers can handle loud volumes, as well as being suited to the home.

As an authorised Yamaha dealer we are happy to help you on your journey. Feel free to pop into our Sheffield Store to try a Genos.

You can also order a Genos online here.