Blog » NAMM 2018 » Victory Amps beef up their range for NAMM

Victory Amps beef up their range for NAMM

Posted on 1st February 2018 by Callum

These boutique British amplifiers have been taking the guitar world by storm. Great tones packed into small and stylish units is the way Victory do things. There’s two new additions to the range for NAMM, so read on to discover more.

We loved the V30 when we got hold of one in the shop last year. Portable yet powerful: everything you need in an amp head. It was developed with masterful guitarist Guthrie Govan as his travel amp, so blistering tones are a given. 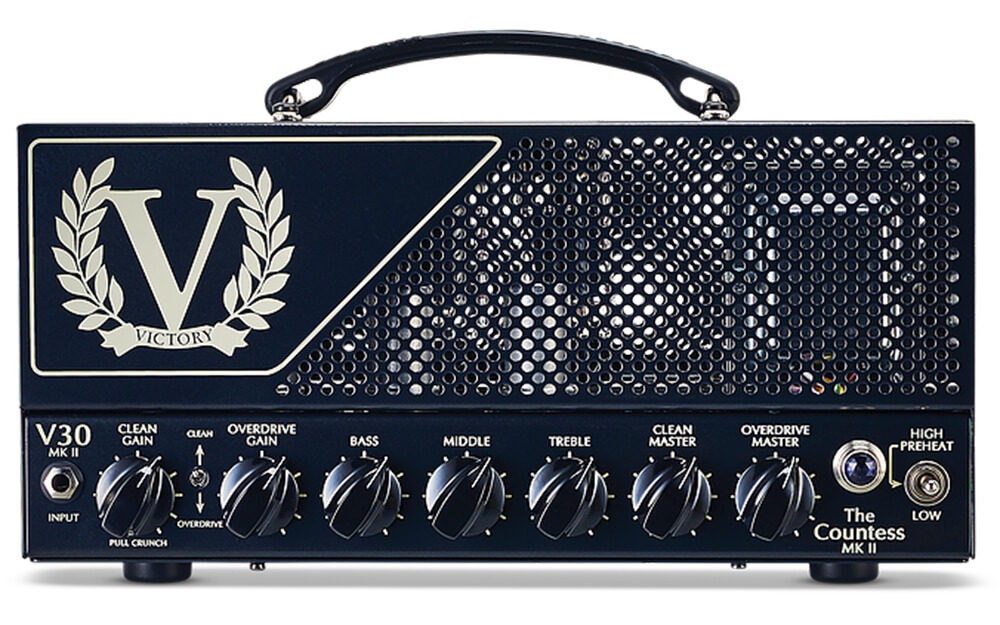 It’s still a two-channel affair, with Clean and Overdrive giving you chimey cleans along with modern rocking gain. However, in the MKII Victory have added a footswitchable crunch mode to the already headroomy clean channel. This adds a lot of scope, with pushed clean and crunchy buzz tones now easily attainable.

The other new feature that Victory have added is their ‘Nomod’ function. This tightens up the low end for a punchier response, and works well on the top-end overdrive sounds. This is switchable, so you can have it enabled or not. All the same EQ options are still here, along with the power switching from 42 down to 7 watts for those bedroom sessions. An awesome new weapon from Victory!

Towards the top end of Victory’s offerings, the VX100 Super Kraken is the complete amp head for progressive and rock guitarists. The Kraken is a small scale 50 watt box which is very capable, but Victory have doubled the power and packed new features to supersize the appeal. 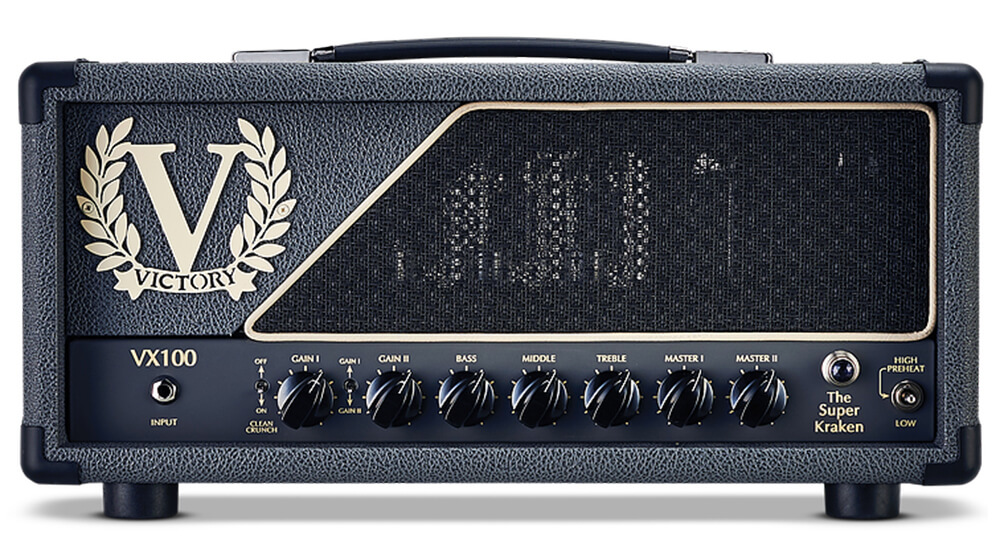 The two channels remain from the Kraken, so you’ve still got your British-style Gain I and the whopping US grind from Gain II. These are both fully monstered out with the now 100 watts of 6L6 power. Additionally, on the Super Kraken there’s a whole new clean mode, accessible from a footswitch, plus ‘Preamp Focus’. This adds juice and allows you to cut to any and all modes.

There’s also a preset Bass Focus option in the power section, footswitchable FX loop, assignable/ footswitchable dual master volumes… plus a useful 30-watt low-power mode for when you don’t need to blow the roof off. And, of course, MIDI switching capability. A versatile beast that takes the successful elements of the Kraken and dials them up to 11.