Vital to any guitarist wanting a flexible set up, since amplifier heads allow you to pair your amplifier with different cab and speaker options. From NAMM we’ve seen a load of new amplifiers released for 2018. Rich Tone Music take a closer look at some of the standouts that have made a splash! Check out the full range of all new amp heads here. 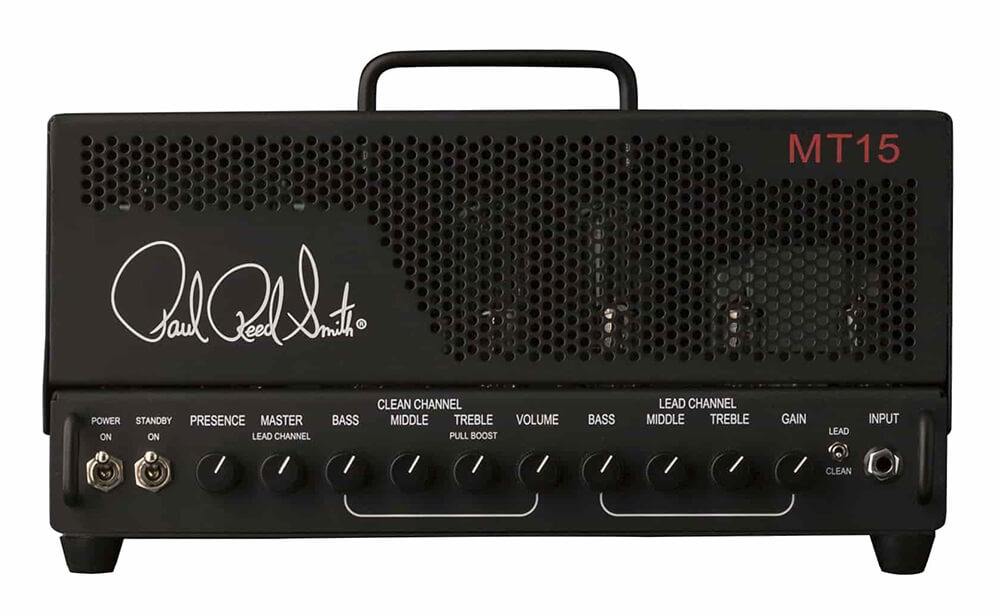 Mark Tremonti has some serious pedigree with PRS. His signature guitars are one of the brand’s stalwarts, and offer balanced tone and playability in a stylish, affordable package. This may be his first foray into amplifiers, but the Tremonti Amp Head really is a complete package. With a restrained matte black design, this amp presents itself in a subtle flavour. Plug this one in though and the tone is anything but reserved. Powered by 6L6 tubes, the MT15 has a large and bold sound. It was begun as a project with heavier players in mind, however the MT15 developed into an amp for all players. The Gain channel produces big and chunky tones, whilst the Clean channel is bright and chimey. Always envisioned as a low-wattage amp, the MT15’s powerful tone belies its 15 watts of power. This is switchable down to 7 watts, a welcome addition for home and recording use. Small in scale, capable and flexible. The MT15 is a great new offering from PRS. 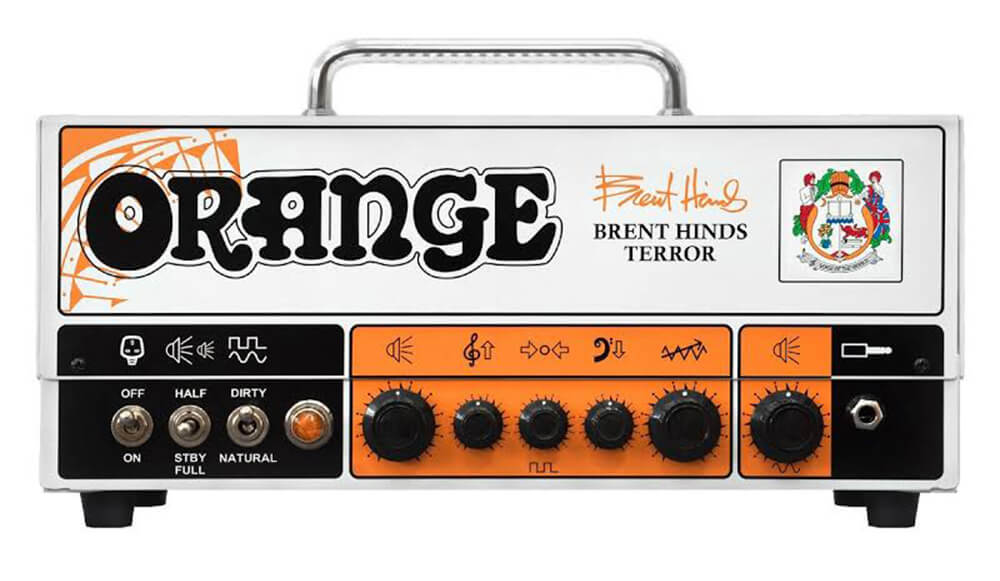 A switchable Terror Amp endorsed and co-designed by Brent Hinds from Mastodon. Here at Rich Tone we love music that’s low and slow, so we were buzzing when we heard of this latest signature model. Maintaining the playable character and fine balance of the Rocker series, tweaks made to this amp produce tight and beefy tones. The natural clean channel is redesigned to produce more bottom end, and the dirty channel has a new 3 stage gain structure. Brighter at lower gain levels, the tone fattens up the more gain is dialled in. Because of a multitude of power options (settings of 15, 7, 1, and 0.5 Watts), this amplifier is perfect for the bedroom, studio, and stage. When combined with Orange’s brand new 2 x 12 cabinet, you can create a compact set up capable of crushing tone. Orange bring heavy metal thunder to 2018! 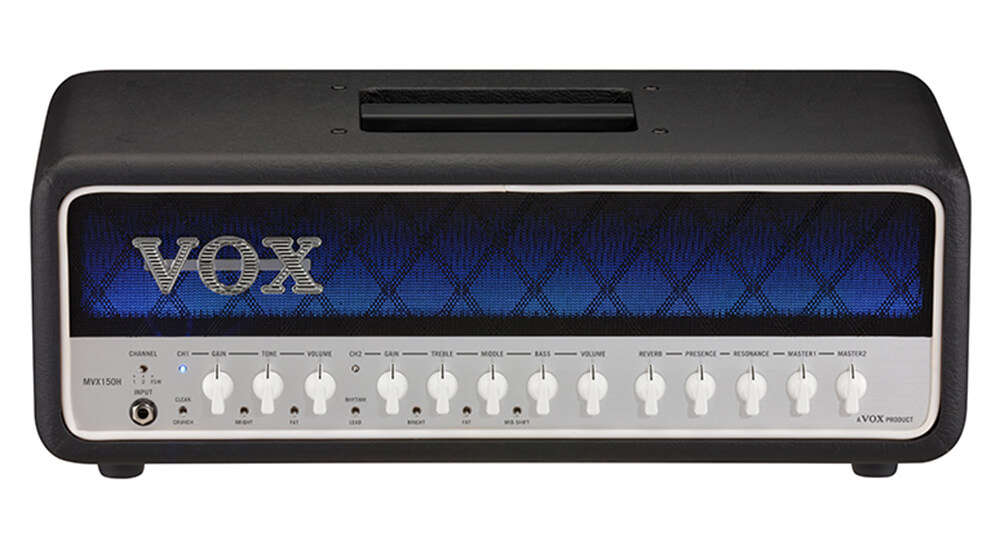 Vox have always been at the forefront of innovation since their humble beginnings back in 1947. Here they are again with their flagship amplifier, featuring the next-generation of vacuum tubes – the NuTube. This is a real breakthrough in terms of size and efficiency, whilst still attaining the characteristic warmth valves produce without any of the maintenance! This head is the top of the line, offering 150 watts of all-tube power. Its two channels can produce a range of tones, from Vox’s classic clean sound through to modern hi-gain. Weighing in at a shade over 7 kilos, this will be a favourite for guitarists on the move. Reliable, portable and powerful, Vox push the envelope again with their NuTube series.

There was uproar when Marshall announced the discontinuation of their DSL range towards the end of 2017. No need to despair, this was to make space for their new DSLs, back for 2018 with added features! Legendary Marshall sound is achieved through two gain channels, providing flexibility and unerring quality. You can release your personality through sound, and tweak the settings to create your ideal tone. Reverb has also been added to each channel, expanding this amplifier’s functionality. This 100-watt head is the top of the line, although 1 and 20-watt versions are also available. Flexibility is the key here, as you can half the output power to suit whatever environment you’re playing in. A fully-featured and versatile piece of gear, the DSL 100HR is Marshall’s new monster for 2018. 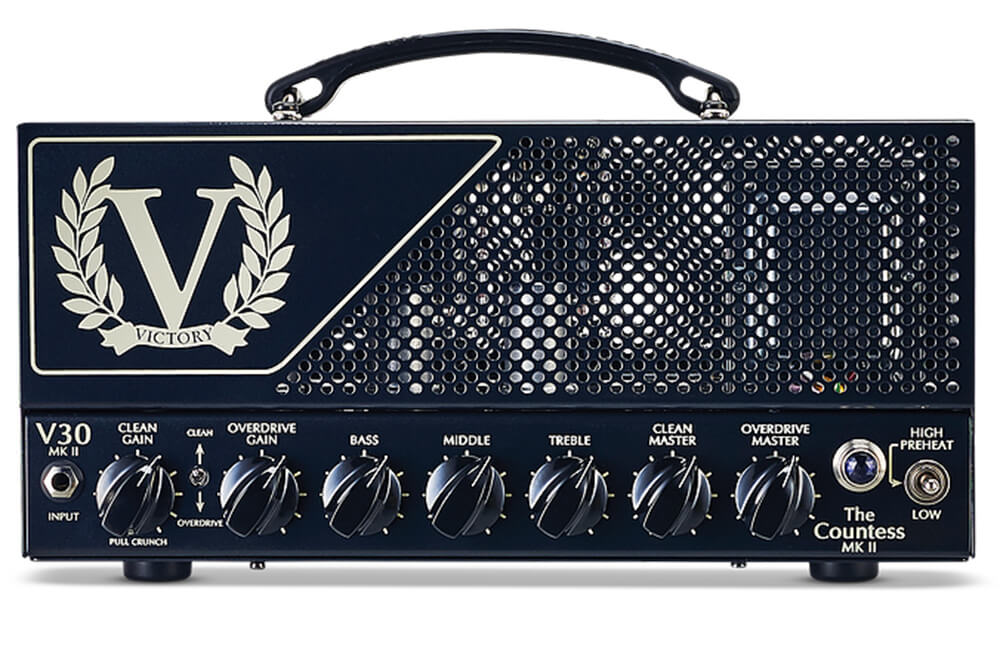 Victory have been an emerging manufacturer in recent years, building out of a small UK facility they have quickly proven that they can more than hold their own with the big boys. We have featured the V30 MKII, a marked improvement on the popular Countess amplifier. There’s still two channels offering massive headroom and a ton of heavy rocking overdrive, but now they’ve added “crunch” to the mix. This is a halfway house between the channels, and fuzzes up the cleans to add lighter drive and dirty to the tone. There’s also the Nomod function, which is great for tightening up the low-end sound. Boutique styling along with headroom and top performance, Victory go from strength to strength going into 2018.