Since no home studio is complete without a great pair of speakers for mixing your audio, you’re going to need some studio monitors.  Rich Tone look at some of the best options for those on a budget, perfectly suited to a bedroom or small studio setup! 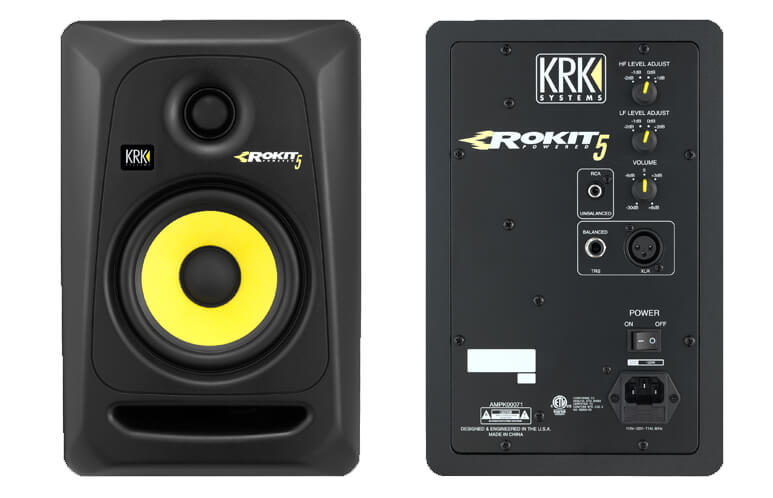 KRK represent one of the best respected manufacturers in studio reference monitors. These are extremely popular and their distinctive appearance means they are instantly recognisable in many studios worldwide. In terms of bang for your buck, these are right up there with the best of them! Their main feature is the use of a glass-fibre cone, which combines strength and stiffness along with damping. Because of this design, the Rokits deliver a tight and precise sound. These are efficient studio monitors operating at just 50 watts, yet still deliver frequencies between 45Hz – 35kHz. And despite their low power rating, these speakers sound punchy and clear at a range of volumes. Great value, reliable and accurate monitors that you’ll trust with your mixes for many years to come! 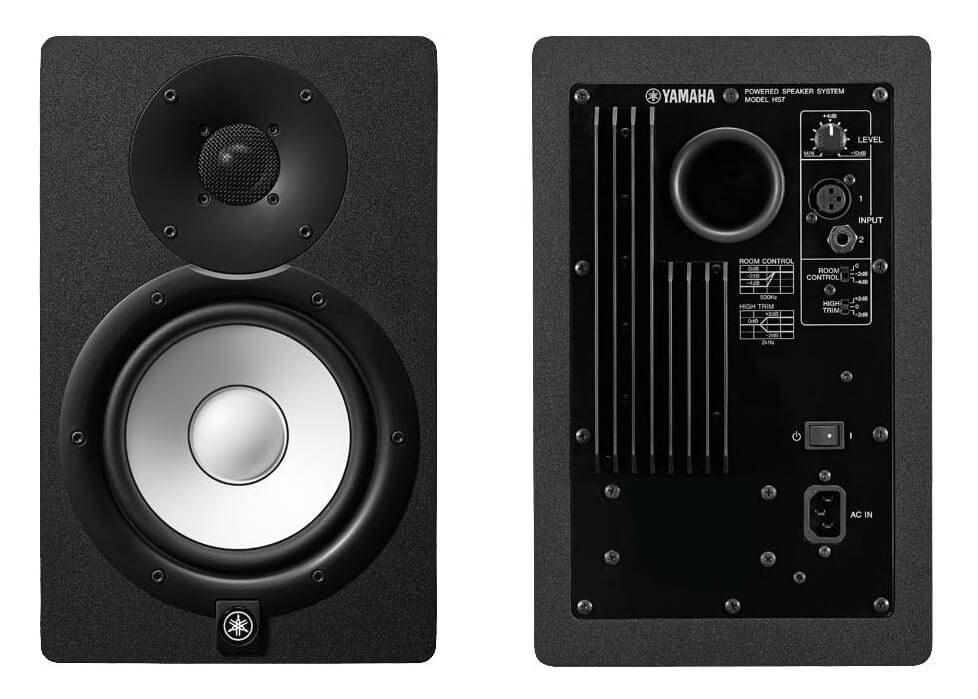 Part of the second generation of the HS series, these are based on the same philosophy as the legendary NS10 speakers. The NS10 was considered the holy grail of reference monitors throughout the 80s, thanks to its unflinching audio representation. The basic principle being if it sounds good on the NS10s, it will probably sound good everywhere! Consequently Yamaha have channelled this pedigree into the HS series and these powerful speakers offer an accurate and balanced response. At 95 watts total power and a 6.5” speaker cone, these studio monitors perform well in the low frequencies. Delivering balanced response down to 43Hz, and all the way up to 30kHz. Versatile monitors that tap in to Yamaha’s classic heritage. 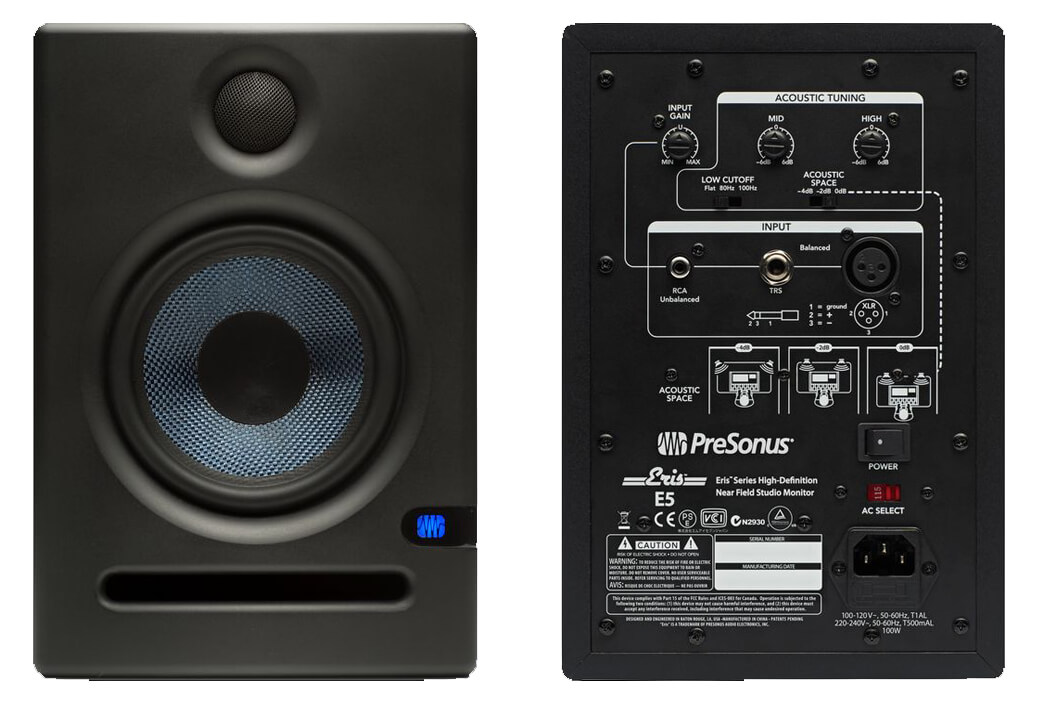 PreSonus are well known for their high-fidelity preamps and audio interfaces. The Eris series is the American company’s first foray into the world of studio monitors. The design incorporates top-quality components here, with a Kevlar woofer cone and a silk dome tweeter. The design is focused on dispersing audio around the space evenly. 80 watts of power and a 53Hz – 22kHz frequency response means these monitors will comfortably handle most applications. And despite their small size, the ERIS E5s will happily pump out audio up to 102dB. There’s also a range of acoustic tuning controls on the back, so you can tailor the output to match your room. Powerful and accurate studio monitors that you can tweak to suit your space. 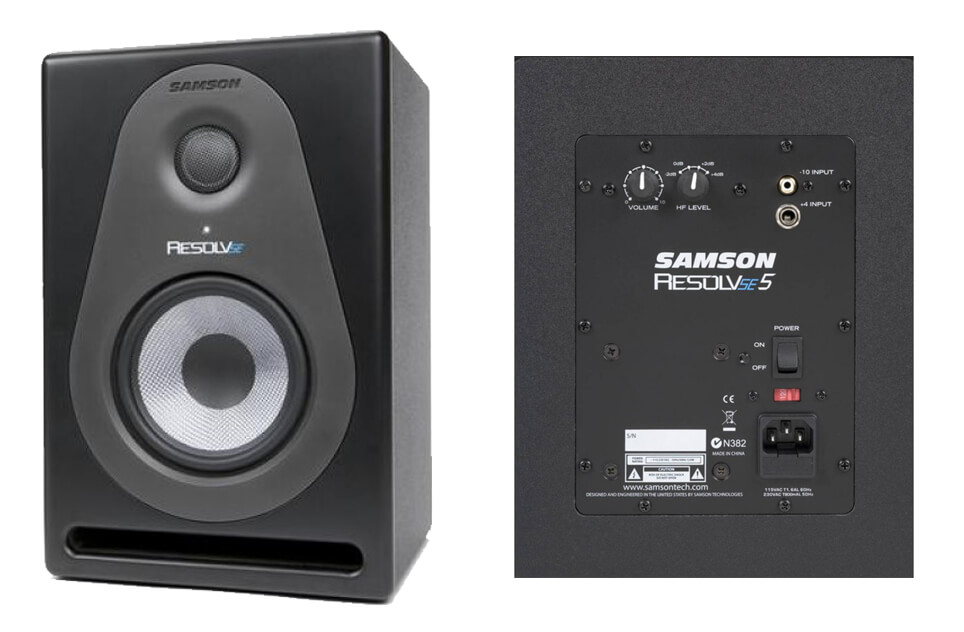 Samson are a respected brand who do a great job of balancing performance with affordability. Here they develop on their A-series studio monitors with the Resolve SE, updating the performance and appearance in the process. These are solid monitors that operate between 50Hz and 27kHz pushing with 70 watts of power. Samson make a good choice with the woven carbon-fibre speaker cone, which as a result delivers a clean and clear response across the spectrum. Cost effective and well-designed monitors that will suit a variety of applications. 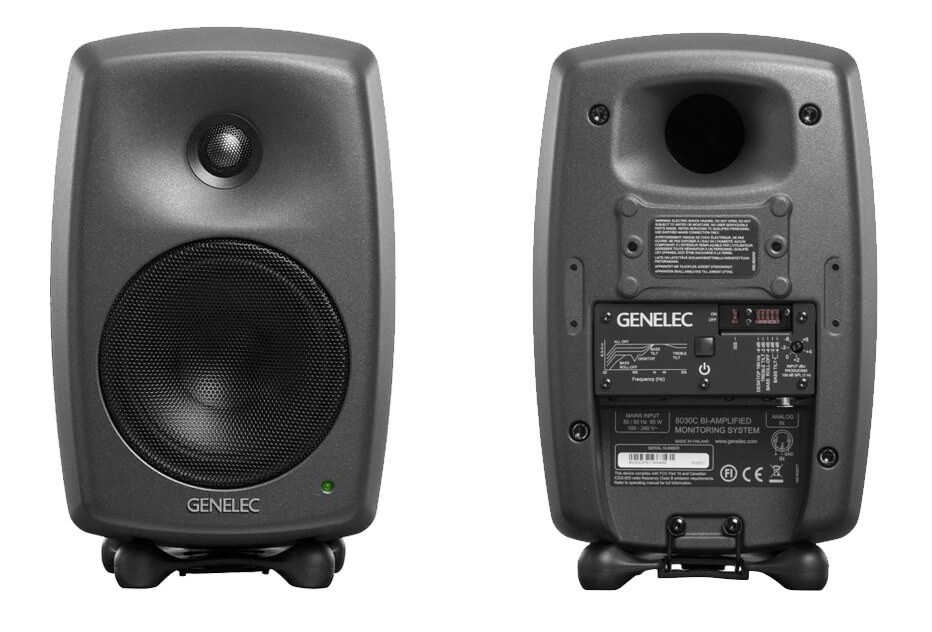 Finally, if you’re happy to splash considerably more on your monitors, or are perhaps upgrading from a budget pair, there is no substitute for Genelecs. These high-definition speakers come equipped with a host of technological design features. Found everywhere from professional studios to mobile broadcast vehicles, the 8030C is a precision instrument. 100 watts of Class D amplification and proprietary design features mean this monitor will operate between 54Hz and 20kHz with only 2dB of deviation. Excellent precision speakers used by professionals industry-wide.

There you have it, 5 great studio monitors to suit a variety of budgets and spaces. Your home studio will really start to take shape once you’ve packed it with a pair of quality reference monitors. Last piece of advice is once you’ve chosen a pair, listen to music on them! This will help you get used to how they sound and inform your mixing in your studio space.