Blog » Rig of The Week » Rig of the Week: Brent Hinds of Mastodon

Rig of the Week: Brent Hinds of Mastodon

Brent Hinds is best know as the guitarist of the Atlanta based metal band, Mastodon. Hinds has a unique playing style for a metal guitarist, incorporating fast hybrid picking he learnt as a banjo player with heavy, sludgy riffs reminiscent of bands such as Neurosis and Melvins. He is also a gear-head with a fascination in all things metal. Let’s take a closer look at Brents gear.

Brent Hinds is known to be a big fan of a 1970’s era Gibson. He has been spotted playing vintage SGs and Les Pauls but his weapon of choice is generally a Flying V. Many of Mastodons guitars are in SilverBurst finishes.

Hinds has a signature guitar with EGC. What makes EGC a completely unique manufacturer is that they make their necks out of aluminium, this is said to give greater resonance and tuning stability, especially for guitars tuned low. 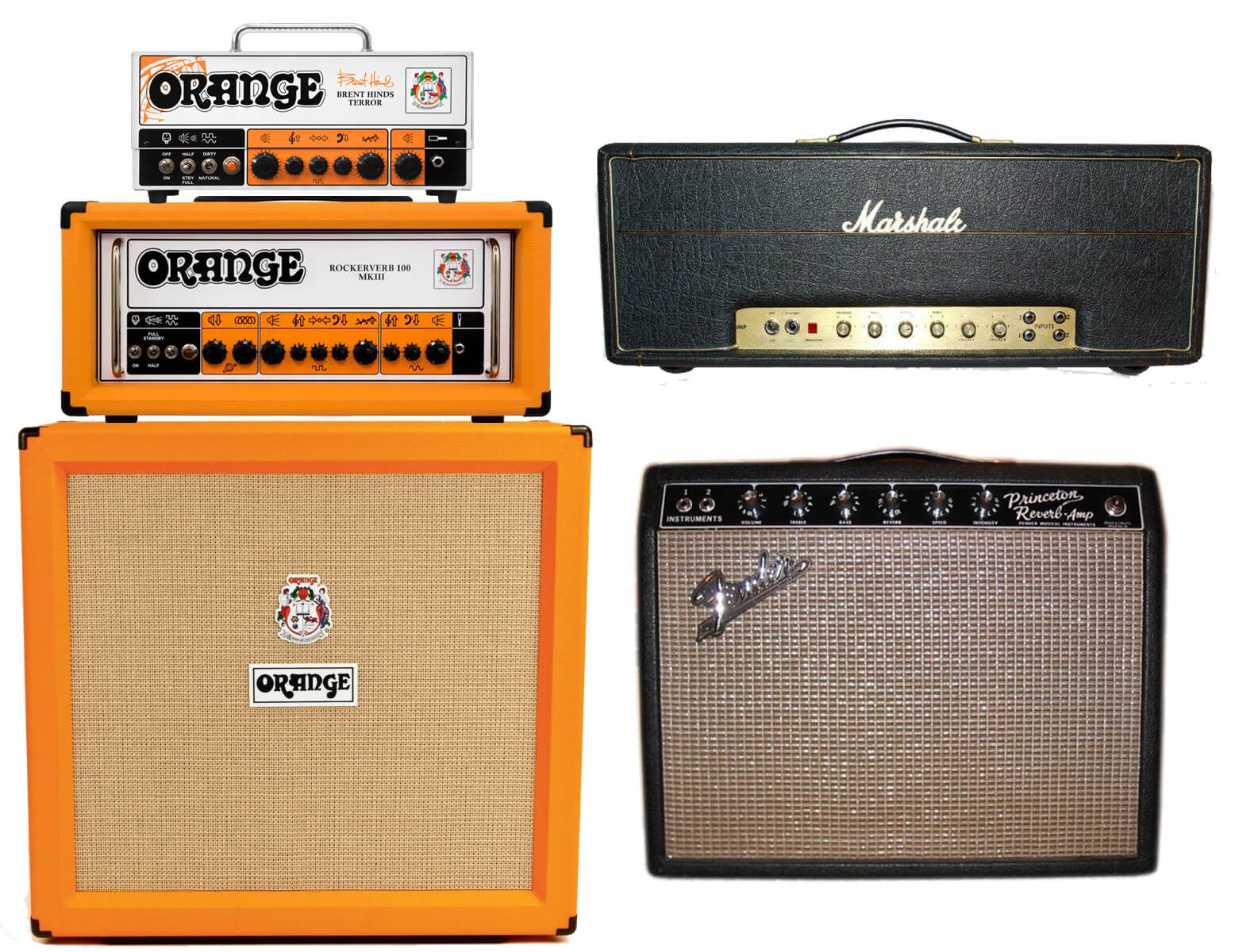 Mastodon play loud and low. In order to achieve clarity in their sound, Mastodon utilise high power valve amplifiers with a lot of head room. Hinds uses a 1970’s Marshall JMP Superlead 100 for the bulk of his heavy sounds. He has also been known to use a Fender Princeton Reverb for certain lead parts.

More recently, Hinds has been using Orange amplifiers and cabinets. Brent has been spotted using an Orange Thunderverb 50 as well as a Rockerverb 100. His cabinet of choice is an Orange PPC412.

2018 Marks the release of the Orange Brent Hinds Terror. This is a twin channel, 15W valve amplifier powered by two EL84s in the power amp section. Don’t be fooled by the 15w rating, this thing packs some serious punch! 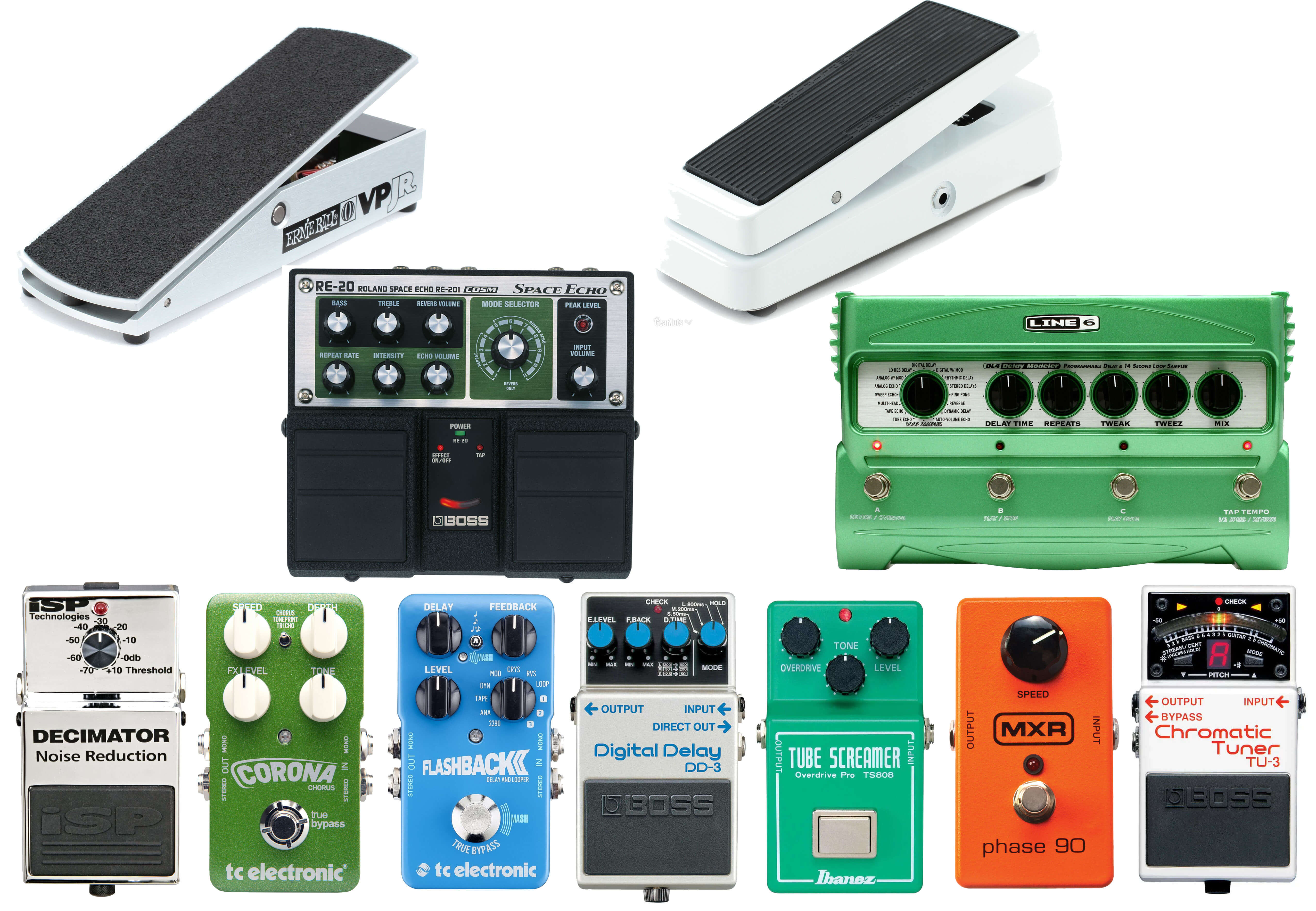 Brent Hinds is a prominent user of pedals and his pedalboards have gone through many changes over the years. Brent uses wahs, delays, overdrives, phase and chorus.

Many delays have been spotted on Brents pedalboard throughout the years. The Boss RE20 Space Echo, Line 6 DL4, Boss DD Series and TC Electronic Flashback have all graced his board.

Brent uses an Ibanez Tube Screamer TS808 to tighten up his tone. He has also been know to use An MXR Phase 90, TC Electronic Corona Chorus and an ISP Decimator.

Time for some riffs…..