After two years of study and refinement, the Silver Sky is my vision of what a reboot of the electric guitar should look and feel like.” – John Mayer 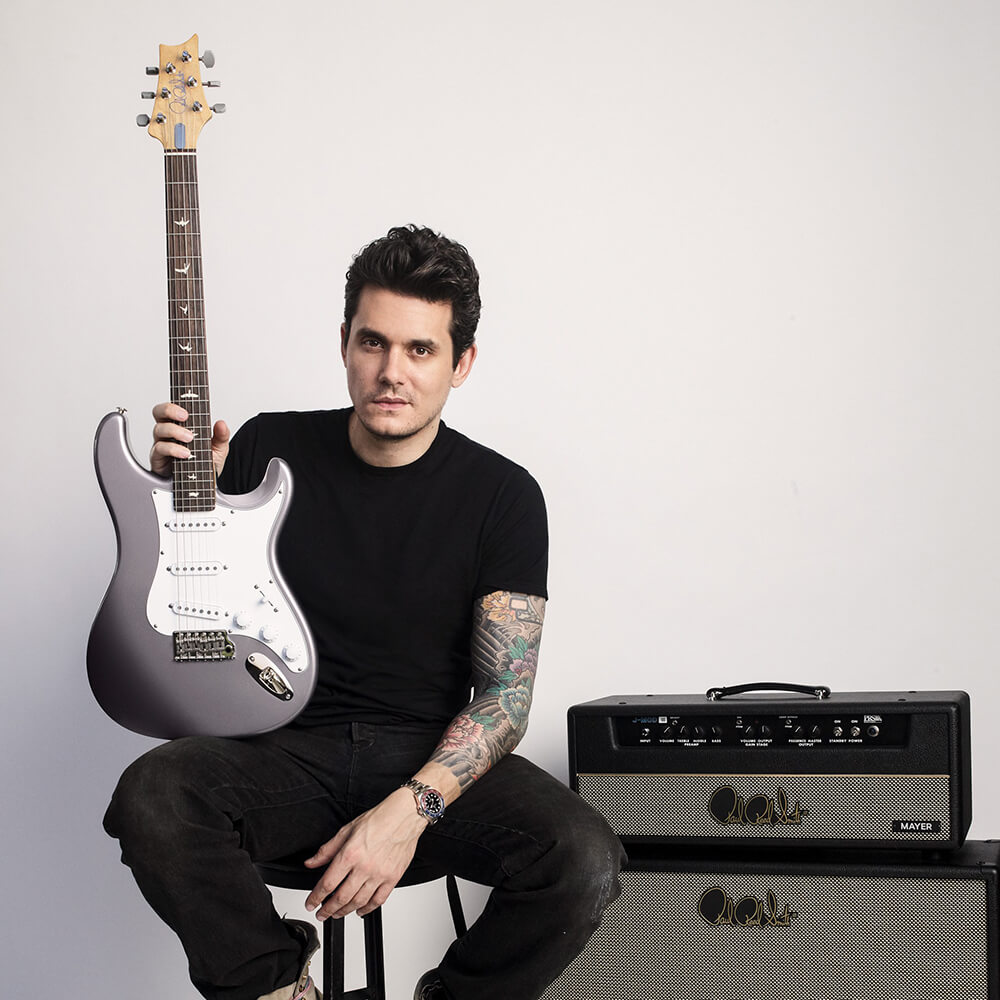 The PRS Silver Sky is here

This guitar is the result of a close collaboration between Grammy Award-winning musician John Mayer and Paul Reed Smith. Its development has taken around two and a half years. A vintage-inspired instrument built with the exacting precision we have come to expect from PRS.

John Mayer has been less than candid about this guitar, leaving a teasing trail on his various social media outlets. But the Silver Sky is finally here and is available in 4 sublime finishes; dreamily named Onyx, Frost, Horizon and Tungsten.

Many of the elements on the Silver Sky have been modelled on Mayer and Smith’s favourite features from guitars made in the early 60s. The design takes obvious cues from history on the neck shape, tuners, bridge and tremolo, however all use PRS’s latest patented hardware designs. The 635JM single-coil pickups create a rounded and full tone, offering a musical high-end that provides a balance.

The headstock is PRS’ traditional shape, but inverted to aid string tension and tuning stability. The neck features a bone nut and slightly slimmer frets than we’re used to seeing on a PRS guitar. All in all this guitar plays beautifully. PRS have also included their trademark birds inlay and the scooped lower horn.

And Mayer fans should make no delay! The first 500 guitars ship from PRS’ Maryland factory with an exclusive commemorative hardshell case. After this initial batch the Silver Sky will come in a newly-designed premium gig-bag. Available for pre-order now, with the official release on 20th March.

Check out the playlist below for a look behind the scenes into the production of the PRS Silver Sky!