The party is getting into full swing and Orange have some new items out to aid the festivities! A company always looking to innovate and fill gaps in the market, Orange treat us to a selection of great new products. All are available from the 28th September. Read on for more information…

Seen on stages and in studios for the last 50 years, the distinctive Orange amps and cabinets have become a regular fixture of rock ‘n’ roll. Their unmistakable appearance and powerful sound have made them a firm choice for countless pros over the years. Orange mark their historic 50th year in business with new products, showing their commitment to the here and now!

The original Terror Bass head was a real lunchbox hero. Using the pre-amp stage from the flagship AD200 and a Class D power amp delivered 500 watts of Orange tone. But some said it wasn’t as versatile as some players would like, giving a gritty tone when driven loud. 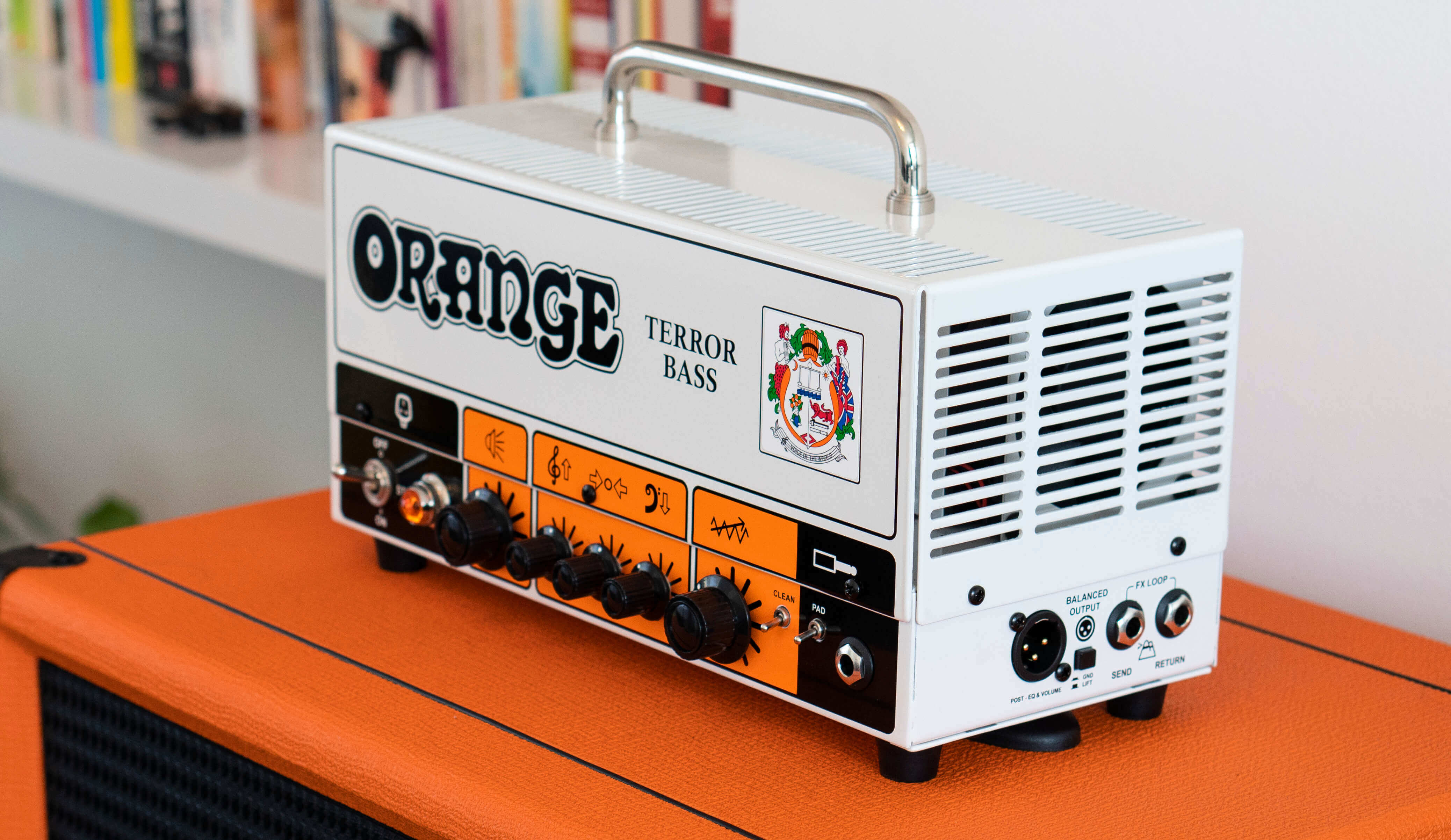 Orange listened, and the new version aims to remedy this a redesign and new features! Sounding closer to the AD200 than ever before, you can be assured of a big and powerful bass tone through this little head. The clean switch is a welcome addition, giving more headroom and scope for smooth tones for funk and pop. But all that delicious grit is still there when you need it for harder rocking! There’s a pad switch on the front for active basses, knocking 6dB off the input. And the effects loop straddles the valve and solid state sections, making the most out of the tube stage of this little monster. 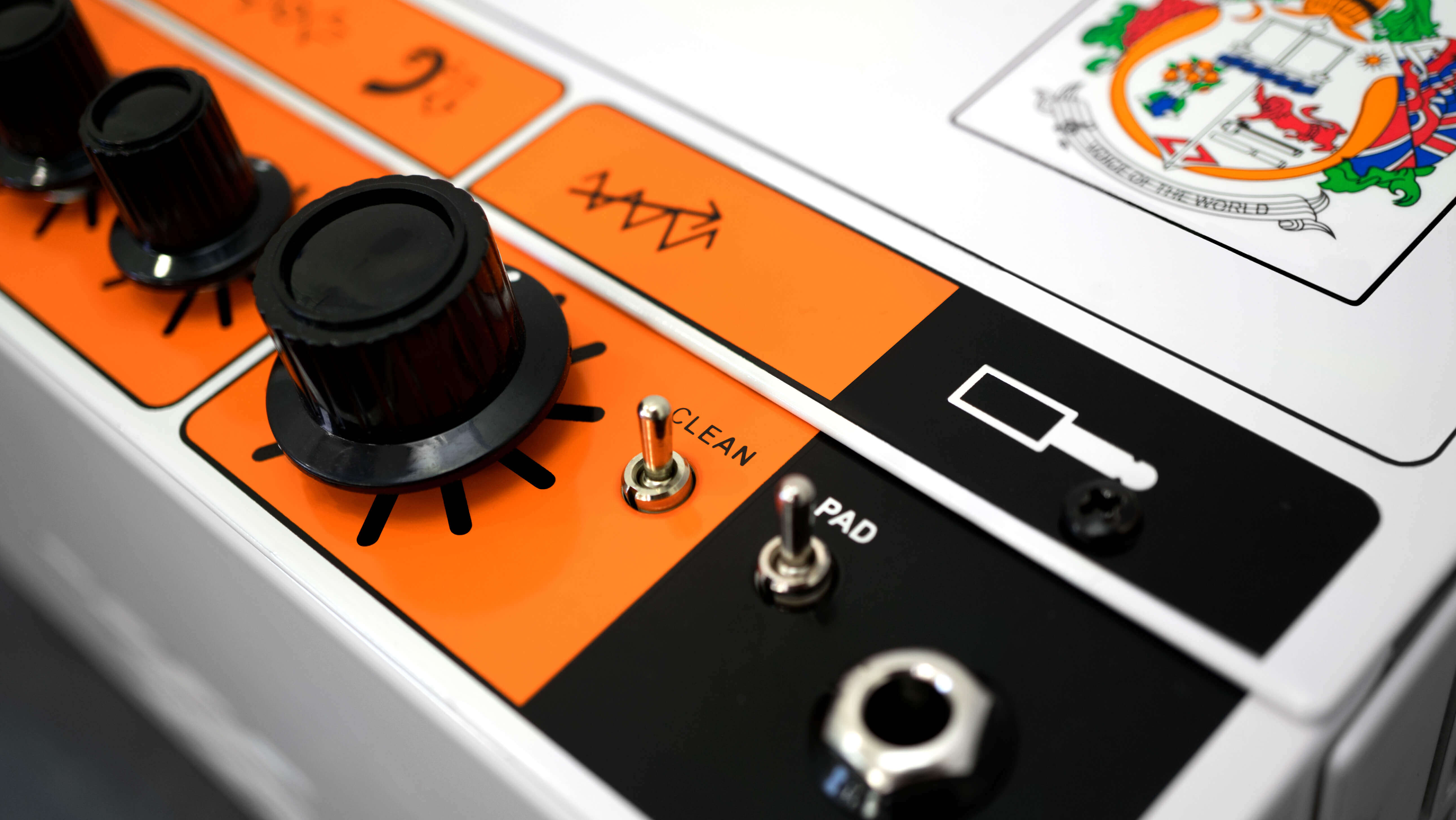 The OBC112 is Orange’s answer to the world’s growing demand for smaller gear. Bassists will rejoice as this is a small cabinet which produces a big sound. 15mm Birch ply means the Terror Bass is designed to be tough enough for the rigours of touring. Yet this cabinet weighs just under 12kg, making it great for working musicians.

And the cabinet’s power much belies its size! The rear ported design gives you an enhanced bass response, and the first rate Lavoce Neodynium 12” Speaker is a punchy driver selection, able to run 400W at 8 ohms. With today’s musicians more likely to be loading into a hatchback than a tourbus, this small but powerful cabinet from Orange will be a popular choice for bassists everywhere! And what’s more it’s a great match for the Terror Bass amplifier head. Available in two classic colours, orange or black.

The icing on the cake, and limited to a mere 2000 pieces worldwide. Orange had wanted to create a commemorative version of an amplifier that is affordable and represents what they stand for as a brand. The Crush 20 fits the bill, with its all-analogue circuit and a no-nonsense tone. 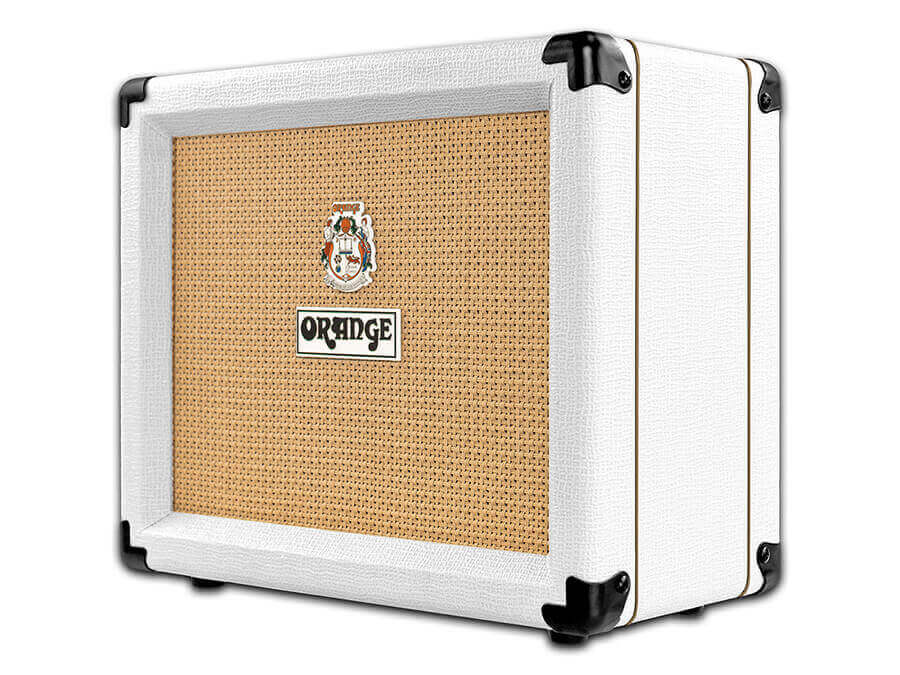 The Crush 20’s custom 8″ Voice of the World speaker is nothing short of staggering. It produces a commanding sound that belies this little amp’s footprint. Including an Aux In for backing tracks and a CabSim-loaded headphone output, the Crush 20 is an obvious choice for players seeking the legendary ‘Orange sound’ in a practice amp format. 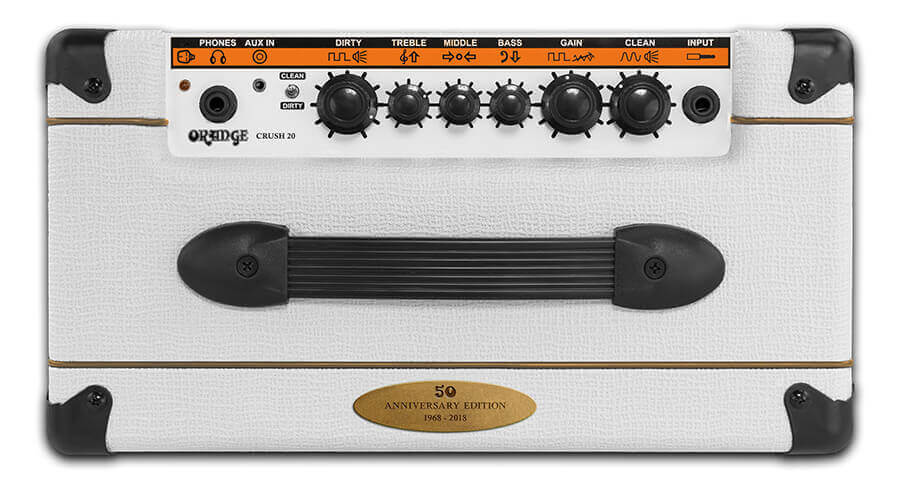 For this limited edition, Orange have elected for a spotless White Tolex covering and include a 50th Anniversary plaque. With only 2000 ever to be made, grab yourself a piece of Orange Amp’s revered history and celebrate half a century of tone!