With their unique combination of innovation and inspiration, PRS have become a household name. It’s clear that these guys know what they are doing when it comes to guitar design, evidenced even more after Paul Reed Smith’s visit to our shop last year. He is a fountain of knowledge and puts what he learns into practice. For 2019, PRS push on and release a fresh batch of wonderful instruments, at some surprisingly affordable prices! Read on for a more detailed look at the newest offerings…

When looking for the cutting edge of guitar design with unmistakable tone and aesthetics, the PRS USA CE 24 is up for serious contention. A bolt-on neck design has long been a staple of rock ‘n’ roll, and the CE 24 achieves the same snappy response. And the wood selection is admirable – every one of these guitars looks simply beautiful.

A traditional combo of mahogany, maple and rosewood ensure familiarity here. Then again, the uniquely sculpted body, patented hardware and silky playability lets you know this is a modern, premium instrument. PRS 85/15 pickups and an improved switching systems lets flick through tone settings on the fly. 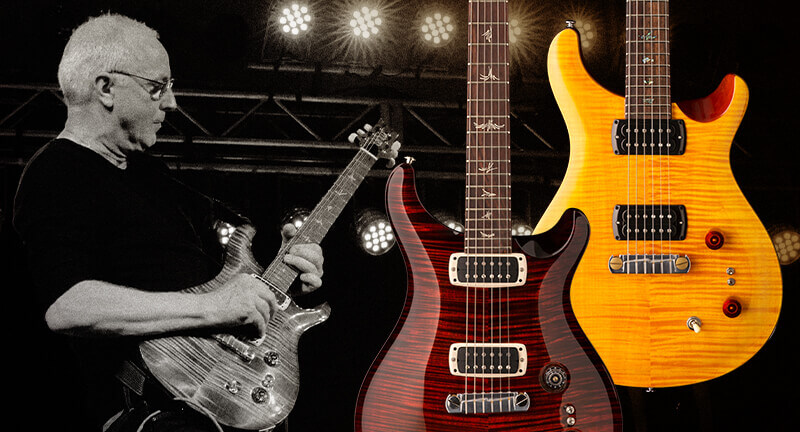 Want the quintessential PRS without stretching the purse strings too far? The PRS SE Signature Paul’s Guitar fits the bill. There’s an awful lot of guitar for your money here, and will speak to long-time PRS fans as well as newcomers.

“The SE Paul’s Guitar is a great example of design, engineering, and teamwork. It’s as close to home as we could get inside of the SE Series, and I am very proud of it,” Paul Reed Smith.

Paul Reed Smith has used his expansive guitar collection and deep knowledge to inspire his Paul’s Guitar. Using a carved maple top decked with a tasty veneer, this guitar certainly looks the part in one of three PRS colour schemes, Amber, Aqua and Fire Red. The TCI humbucker pickups deliver a pure, vintage sound and some exciting electronics options. Each pickup can be individually set to true single coil mode, offering you a depth of versatility not found before outside of the Core and Private Stock models.

As always Paul pushes the envelope and brings his latest discoveries to the forefront of guitar design. This guitar is special, and with its affordable SE price tag you’d be sorry to miss out.

This year marks the 50th anniversary of legendary English progressive rockers King Crimson. To celebrate, PRS have created a signature guitar for their lead singer and guitarist, Jakko Jakszyk. This guitar features the iconic album artwork from “In the Court of the Crimson King”, and is limited to 1000 pieces worldwide.

When Jakko joined Crimson a few years ago, he decided he needed a new guitar. He elected for a PRS Custom 24 Piezo with the “Schizoid Man” artwork. Jakko says the choice relied on PRS’ awesome blend of vintage appeal and modern reliability. And the artwork comes from the album and song that first inspired his love and dedication to music.

This is your opportunity to get a piece of King Crimson history. All-mahogany construction, rosewood fingerboard and 85/15 “S” Humbuckers equipped with coil tap. This is everything you would want from a PRS SE – King Crimson fans please form a queue!