Boss are best known as the giants of the guitar effects market. Their initial foray into amplifiers continues to make an enormous splash with the Katana series, and now they bring the Nextone Series to the table. Read on for more about this ground-breaking amplifier… 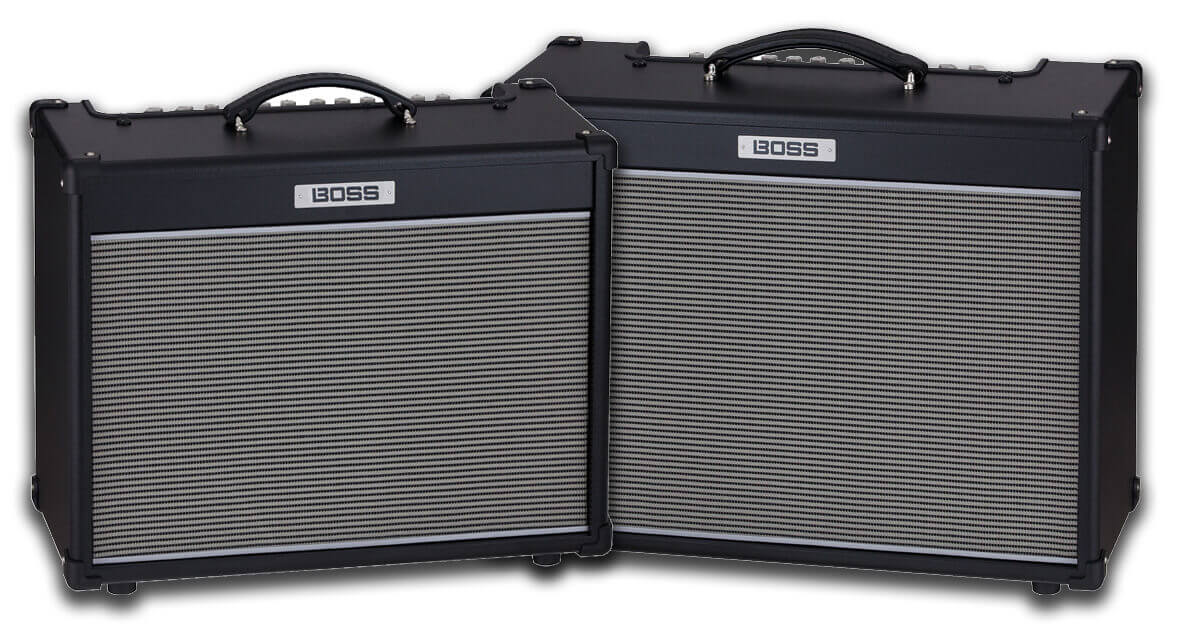 Representing an exciting new chapter in the design of guitar amplifiers, Boss’ Nextone gives you classic tone with the cutting-edge customisation options of modern digital technology. There’s distinctive channel voices, as well as four selectable Class AB analogue output types, modelled for the first time in one amplifier. Enjoy all the great sound and response of your favourite tube designs without the backbreaking weight and ongoing maintenance hassles!

Having garnered huge acclaim from guitarists across the world, Tube Logic delivers a realistic sound and response. Boss designed Tube Logic to accurately model the complex interactive behaviours of tube amps in every way. Nextone expands on this, letting you dive in deeply to customise parameters like tuning-bias, sag and EQ via the Nextone Editor.

A key feature of the Nextone series is the ability to instantly select between four power output types. This re-voices the entire circuit from input to output, saturating the tone with whichever selected output stage.

The optional GA-FC foot controller provides a command centre for channel selection, tone, boost, effects and more. There’s external speaker jacks on the Nextone amplifier, supporting up to two 16-ohm 4×12 cabs for huge sound. The amp’s USB port not only links up to Nextone Editor, it also lets the amp act as a recording interface to your chosen DAW. Supporting multiple channels, you can record both dry and cab-emulated signals.

Nextone also packages built-in delay, reverb and tremolo effects. This gives you even more versatility and convenience as a gigging guitarist. Again, these can be heavily modified using the Nextone editor, across analog and tape delay types, or plate, spring and hall reverbs. This is the complete amplifier that gives you so many tonal tools!

Two models available, both with a 12-inch speaker. The Nextone Stage has 40 watts of power and the Nextone Artist 80 watts.