Eddie Van Halen needs no introduction as a guitarist. Frequently voted as one of the all-time greats and a true pioneer, he revolutionized guitar playing for ever more. Sharing his name, the EVH brand celebrates its 10th anniversary year. To mark this moment EVH release a new selection of guitars for 2019. Get ready for enormous sound and unique styling! 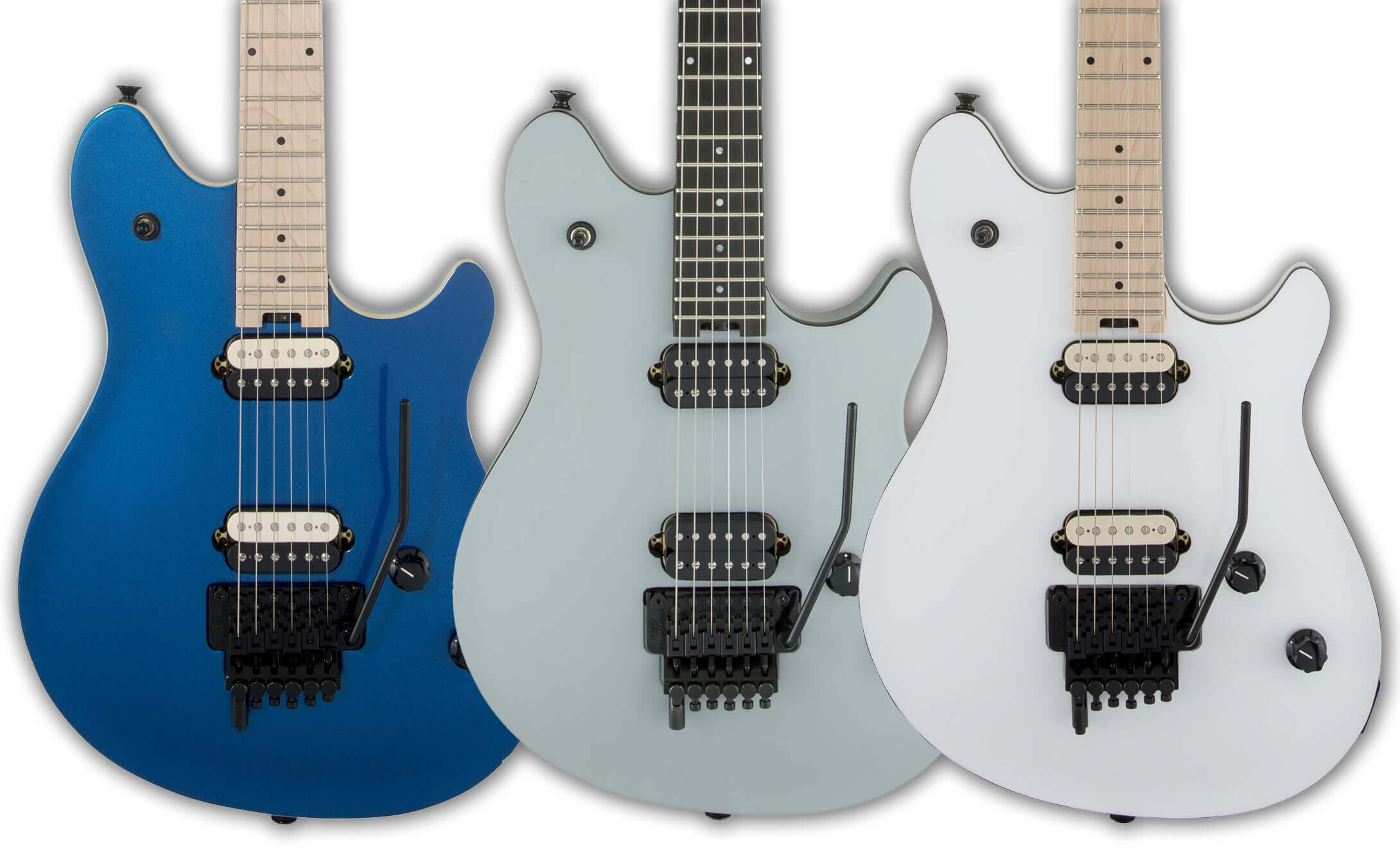 Two custom designed EVH Wolfgang Alnico 2 humbuckers provide this guitar’s tone. They mount directly to the body to improve sustain. A sturdy EVH-branded Floyd Rose locking trem and Floyd Rose locking nut work in tandem for precise tuning, while the EVH D-Tuna retunes to drop-D and back at the flick of a switch.

Available in Metallic Blue and Polar White with a maple fingerboard, or Satin Primer Grey with an ebony ‘board. 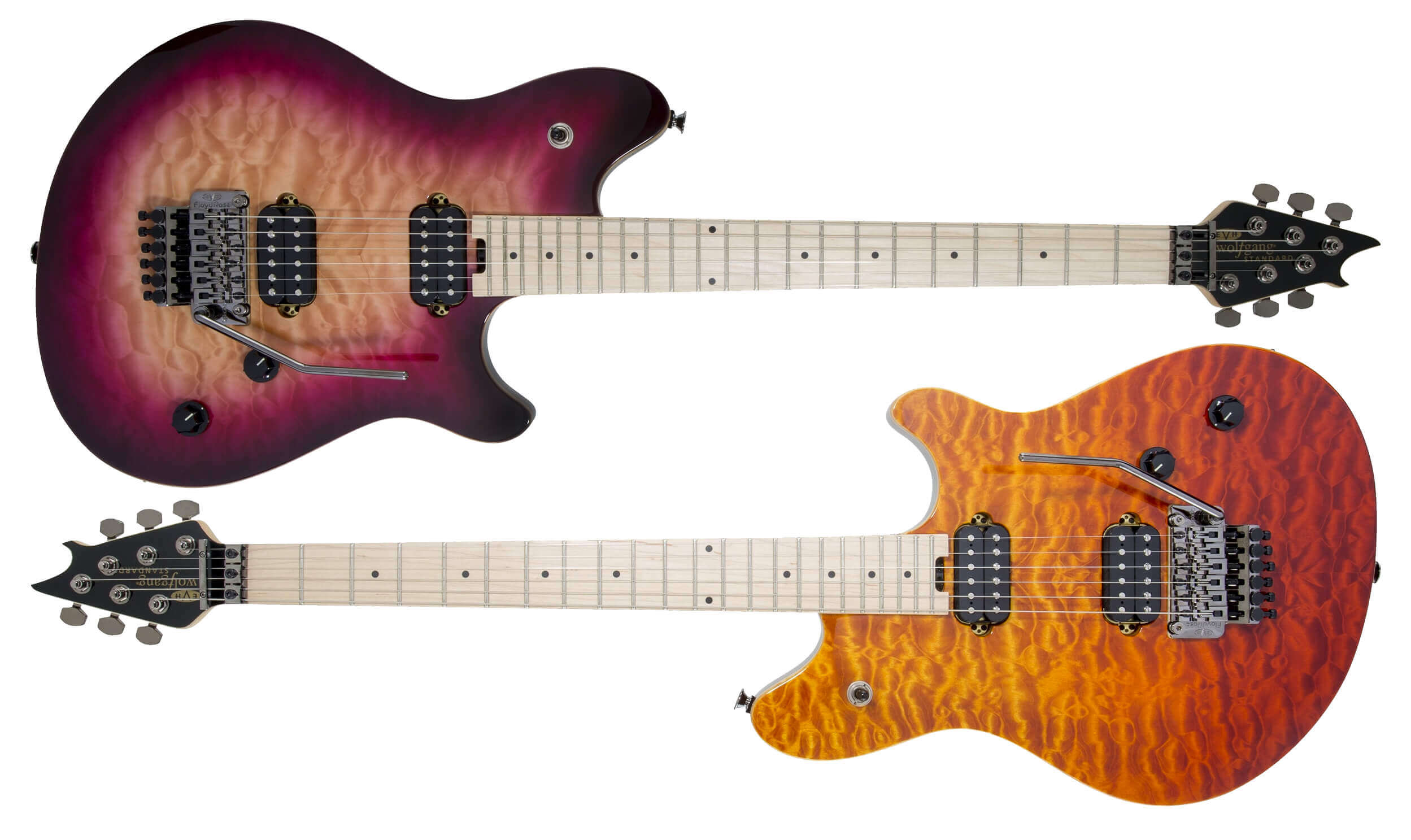 The Wolfgang Standard QM brings the same style and massive sound that Eddie Van Halen created, at a price for the everyday musician. With many of the blazing features of the premium models, the Wolfgang Standard comes with a contoured body, graphite reinforced neck, and a 12”-16” compound radius maple fingerboard. This guitar also features a quilt maple top, giving a classy appearance.

Dual EVH Wolfgang humbucking pickups mount directly to the body to increase vibration transfer. The smooth 500k pots make it easy to find a unique sound whilst maintaining crisp high-end sparkle. With a rock-solid EVH-branded Floyd Rose Special bridge, your guitar stays in tune through the most extreme dives. Two models available, in either a Mango Burst or Tri-Fade finish. 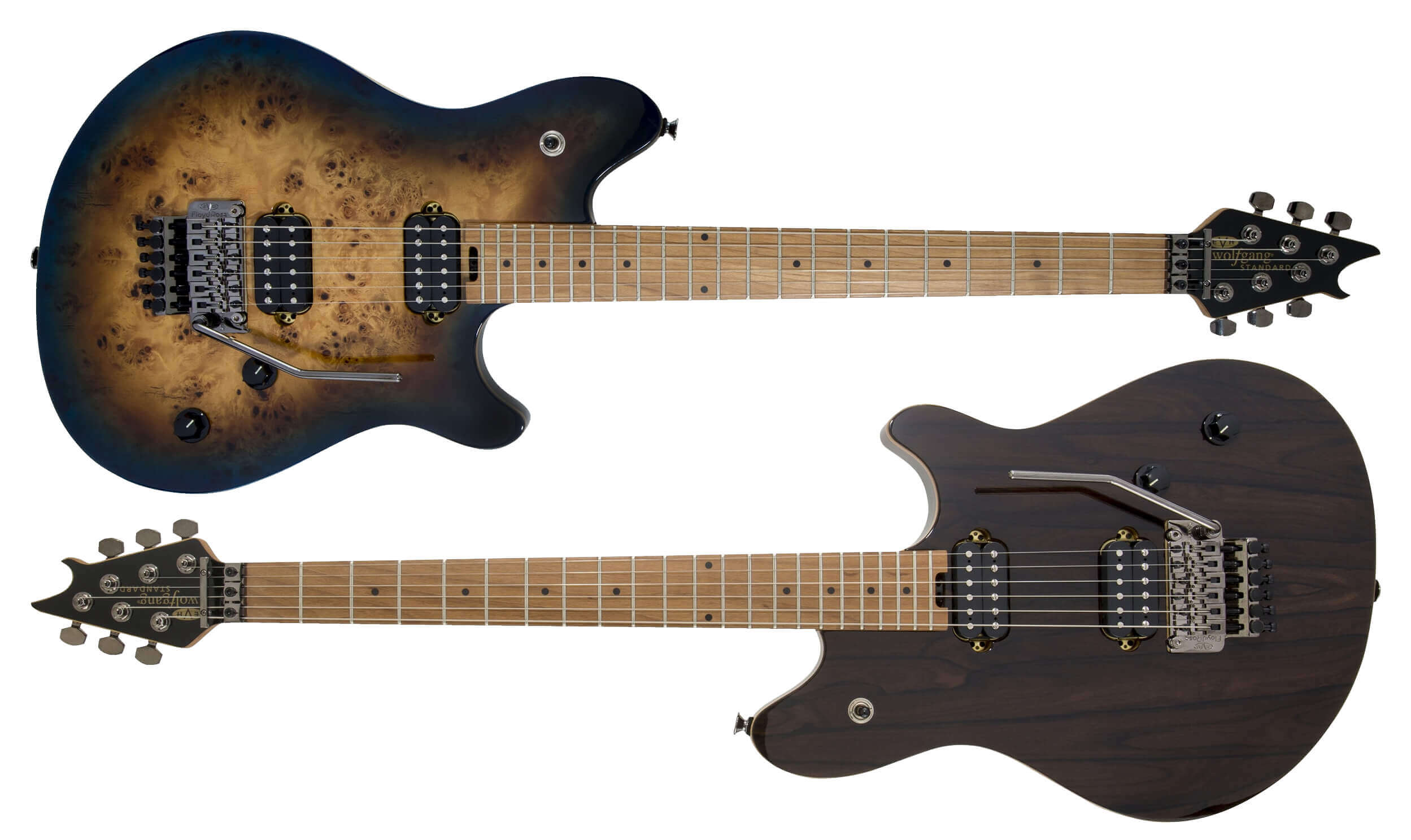 Last we look at the most unique model of the 2019 lineup. Eddie Van Halen is known for creating one-off, visionary instruments – just look at the Frankenstrat! The Shark is another of his crazy creations, becoming as iconic as his playing. Eddie took a saw to the already jaunty body and cut jagged teeth, before adding his signature taped stripe pattern. First seen during the Van Halen World Tour in 1978 and featured on the back cover of Van Halen’s 1980 album, Women and Children First.

After years of requests, EVH created a replica of the famous guitar. Visually there’s nothing to tell the two apart; this is a painstaking recreation of the original. This model is also fitted with custom designed EVH Wolfgang Alnico 2 humbuckers, delivering power and articulation abound. A killer guitar by all accounts. And with its unmistakable style, it shares a lot with Eddie Van Halen himself.