Strymon stand as the undisputed king of high-fidelity digital stompbox effects. With some of the most impressive delays and reverbs among its ranks, now they add the Strymon Volante Magnetic Echo to push things even further. Read on for more, and find out why you should be as excited as we are about this release!

Owing to the ideas behind the legendary El Capistan delay, Strymon extend the scope with the Volante to accurately model three vintage echo machines.

Magnetic drum echoes are famous for their warm, rich and saturated sounds. Because every sonic aspect of the best drum echoes has been reproduced within Volante, you can dial in just about any possible sound from a full range of vintage drum echo units. These include units in various states of wear, from brand new to road worn relic.

Volante gives you superbly crafted multi-head tape echoes, including the smooth tape saturation and the characteristic imperfections found in the sounds of those vintage machines. Mechanical alignment, head wear, tape crinkles and splices are all accounted for in Volante. While this gives you all the richness and depth of a classic tape echo, you also have modern control features.

The reel-to-reel machines of the 50s and 60s were high-fidelity units built to work with full-range audio signals, used by engineers to create some of the first studio effects. Of Volante’s three magnetic echo types, the Studio Echo provides the cleanest sound. This setting is able to sustain the highest number of repeats with minimal degradation. Volante gives you a pristine studio delay with the full-bodied warmth and fidelity of reel-to-reel tape.

The Strymon Volante gives you fine control over just about every imaginable aspect of your delay effect. With four delay heads, you can set a playback and feedback for each independently. This lets you create complex patterns and atmospheric textures. Tape saturation, head spacing, stereo panning, speed and repeats all have specific controls. And it doesn’t stop there – infinite repeats and Sound on Sound mode opens up a universe of echo. Furthermore, there’s even an excellent built in spring reverb. This captures a gorgeous, vintage vibe with bags of character. 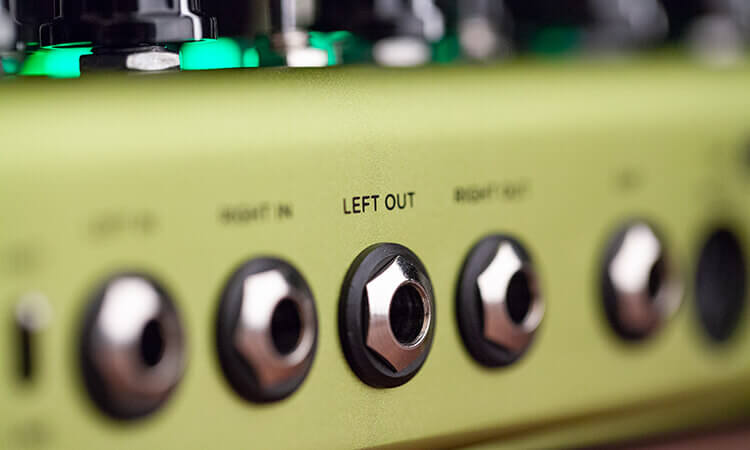 The Strymon Volante has a completely analog dry path, featuring class-A stereo JFET amplifiers. This avoids conversion noise and latency, often associated with other digital delay pedals. In order to generate its sound, the Volante uses an incredibly powerful Analog Devices SHARC processor. As a result, the engineers have gone to town on their echo algorithms, without compromising for hardware power. All in all, this is truly a studio-quality effect!