One of the most famous guitars ever designed is the Fender Stratocaster. So iconic is this hunk of wood that the mere mention of an electric guitar conjures up images of a Strat from people who don’t even play. And, when you see that incredibly familiar double cutaway body it’s easy to imagine the guitar has been around since the dawn of time.

In fact, work started on the Stratocaster in the early 50s. And, by spring 1954 it hit the market. At that point in time, rock ‘n’ roll was on its way to becoming a global phenomenon. However, it would take years before the Stratocaster was cemented in popular music. This was largely due to saxophone and piano still taking centre stage in song arrangements. 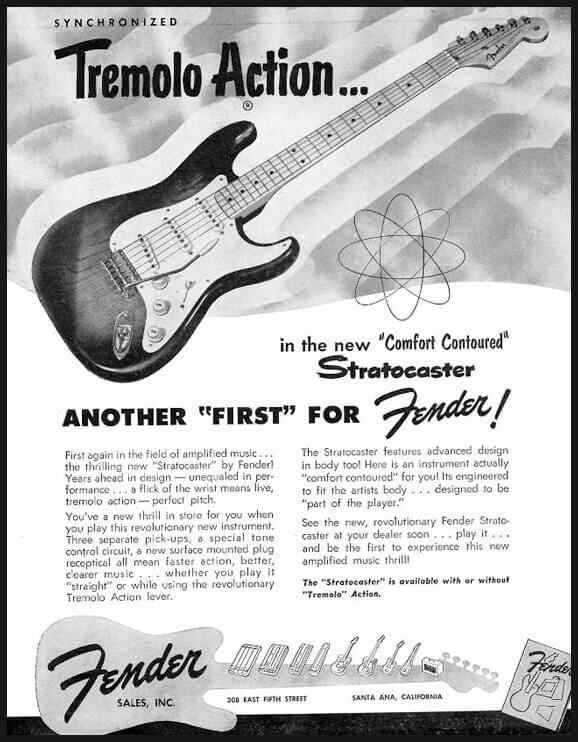 An early advert for the Fender Stratocaster

Fender continued to modify the design over the next few years. The design was finally perfected in 1957. It then began to find its way into the hands of influential guitar players such as Buddy Holly, Ike Turner and Carl Perkins. This had a huge effect when new waves of guitarists heard the versatility and beauty of this exceptional guitar. Soon, saxophone solo’s were replaced with guitar licks and the guitar began its ascent as popular music’s most influential instrument. Such is the power of the Stratocaster that Fender has kept the same design to this very day, over 60-years later.

Once word made its way around the circuit, the Stratocaster made its way into some of the most talented hands to ever touch a guitar. Jimi Hendrix is famous for the vast array of incredible tones he pulled out of the Strat. As is Dave Gilmore, whose solos are now the stuff of legend. 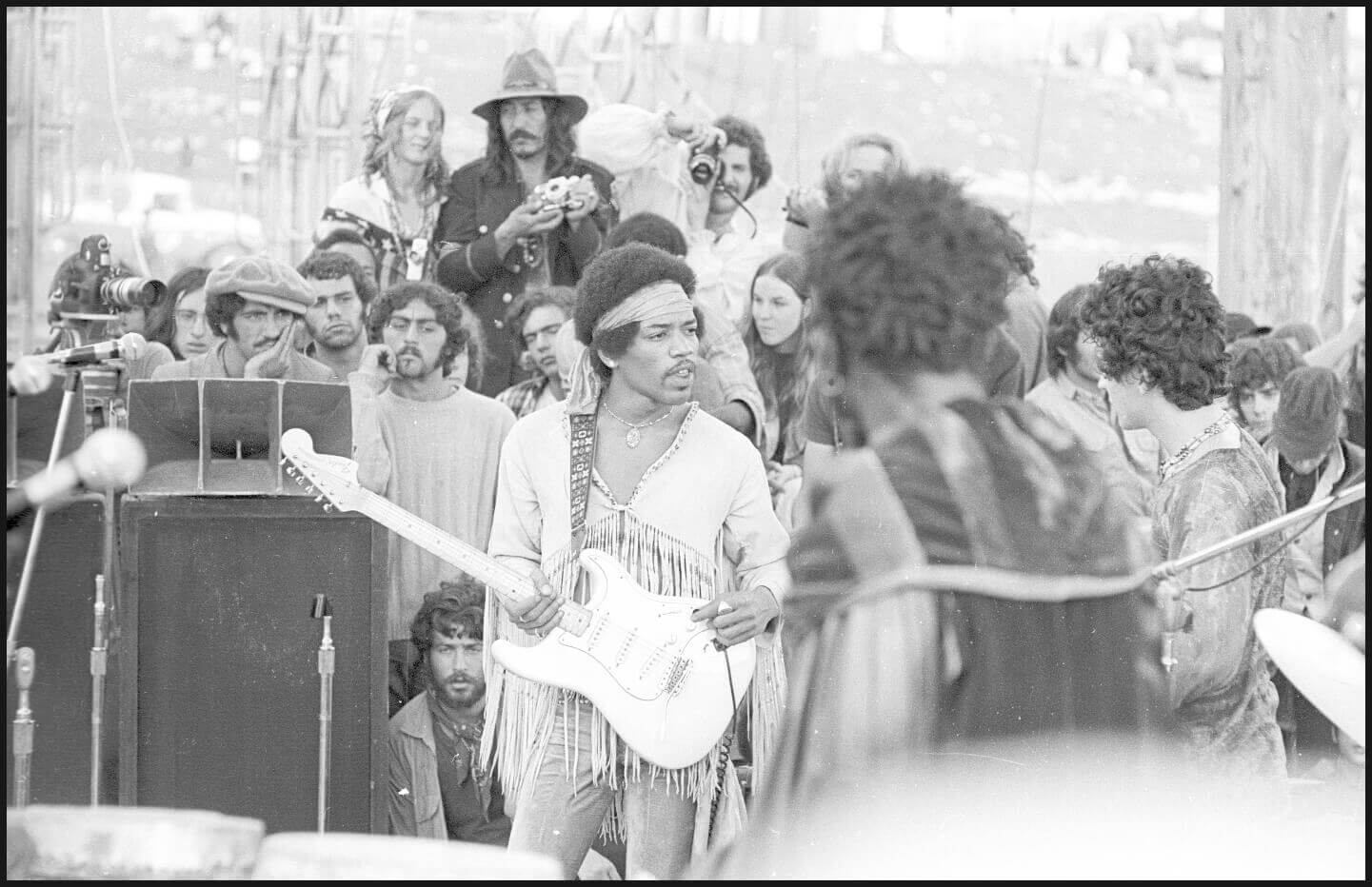 Jimi Hendrix with his famous white Fender Stratocaster at Woodstock 69′

Over the past 60 years, the Stratocaster has become a cultural symbol of artistry and creativity. It’s synonymous with music’s rebellious streak and the onslaught of popular guitar music over the decades. So, if it’s a piece of history you’re after, then you need the Fender Stratocaster.

Get Your Hands On The American Elite Stratocaster Now! 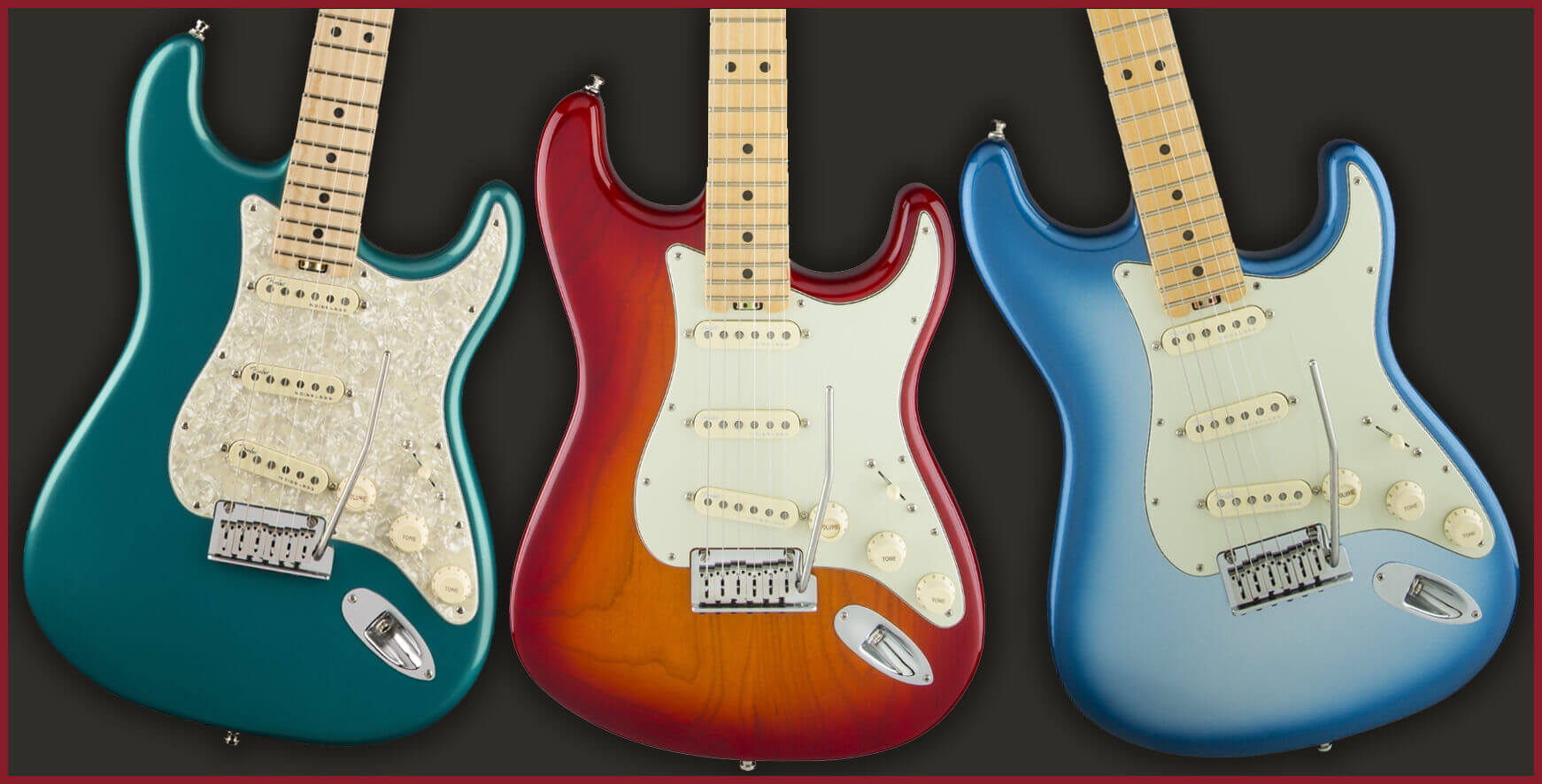 If you’re looking for the best Fender has to offer, then take a look at this bad-ass! It captures all of Fender’s timeless style as well as delivering a design that’s more than your average, nine-to-five kind of guitar. The modern player demands style and versatility. Fender knows this and has built a guitar that will appease the 21st-century guitarist.

Get Your Hands On The American Elite Stratocaster Now!

So if it’s a Fender you need then look no further. Buy from us and we’ll guarantee the best price available. You can even take advantage of our next working day delivery.