Blog » Guitars » Guide: How To Design A Pedalboard

Guide: How To Design A Pedalboard

After the guitar and amplifier, there’s not many guitarists who won’t want to expand their possibilities with some effects pedals. These are useful performance tools, and can let you explore a whole new angle on your playing. If you want to know how to design a guitar effects pedalboard from the ground up, try out this Rich Tone Music guide. 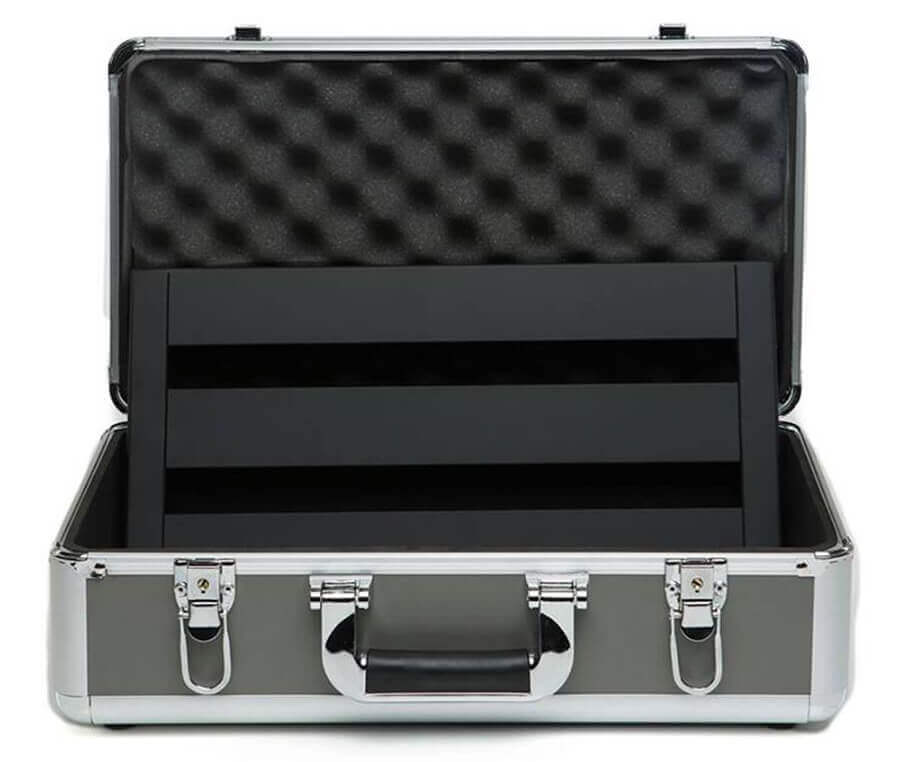 Whilst you can use standalone pedals or a multi-effects board, we’re looking at the typical pedalboard set up. The advantages of having separate pedals is that you can swap things around. You can put your pedals in a different order, replace them with new or better ones, and ultimately have maximum control over each element.

The pedal board is pretty much self-explanatory. It’s a board to which you can attach all your pedals. This keeps everything together and organised, easily accessible when you’re playing and can be transported around fully assembled. The main consideration when choosing your pedalboard is size; how many pedals do you have to fit onto it? It’s usually better to go a little bit bigger, as this gives you room for expansion and plenty of space to get things set up. It can be a headache to squeeze everything onto a pedalboard that’s only just big enough! Pedaltrain are practically an industry standard manufacturer, using super-lightweight aluminium for their boards. Rockboard also makes some excellent sturdy pedalboards. 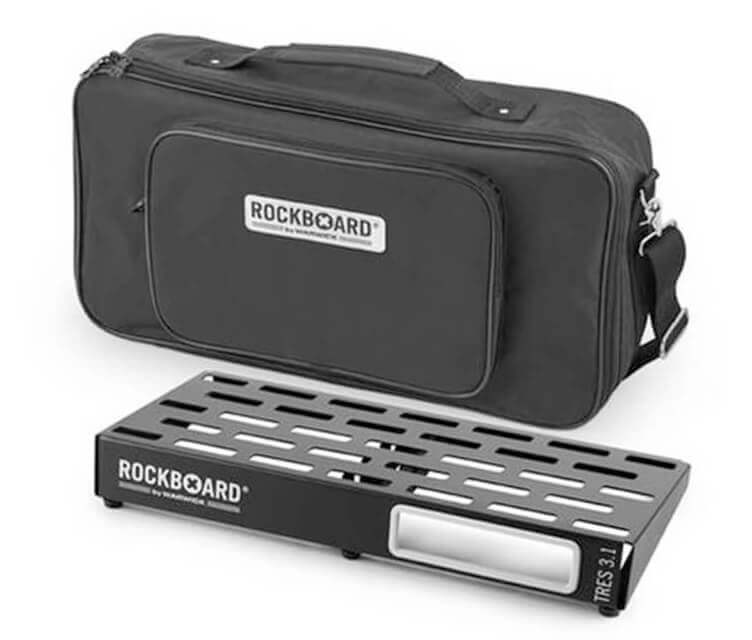 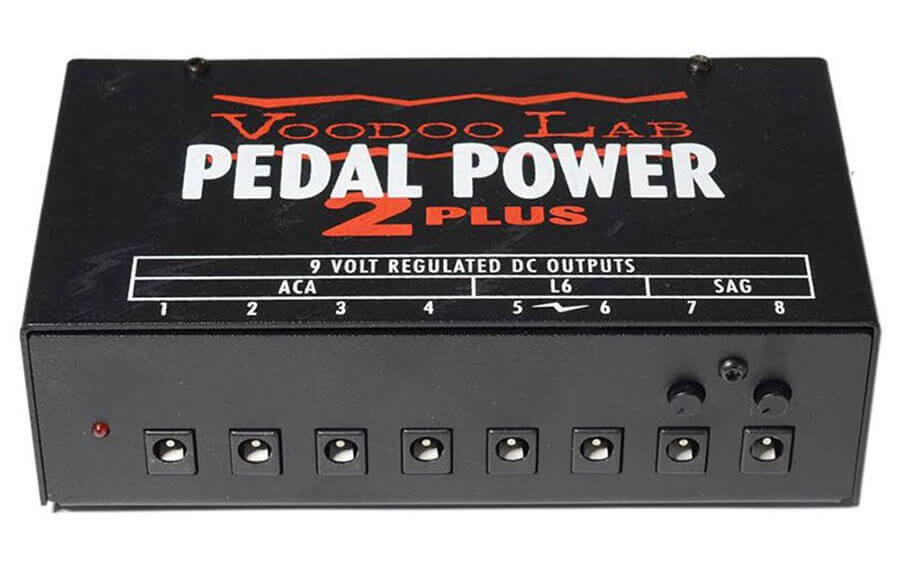 The next thing is power. Each effects pedal is usually a 9v supply, and if you’re using more than a few pedals, you can’t really do without a dedicated power supply. One mains cable, and then the power supply offers numerous outputs at various voltages to send on to your pedals. They will also provide short power cables, helping to keep things neat and tidy.

It’s usually important to get isolated power outputs, as this helps prevent adding noise to your system. This is the main advantage over daisy-chaining power cables. Also make sure that your power supply can handle enough current to power your pedals. You will always be able to find a pedal’s current draw – it’s normally printed on the pedal itself, if not on the box or the user manual. Most pedals draw well below 100mV, so this is a good per-output number to look for and gives plenty of headroom.

There are a few other things to think about too; where your power will run and how the pedals attach in place. Many pedalboards will have holes through the board, giving you chance to have the power supply and cables tidied underneath. The BOSS BCB-60 even has an internal power supply, perhaps the most user-friendly design out there. 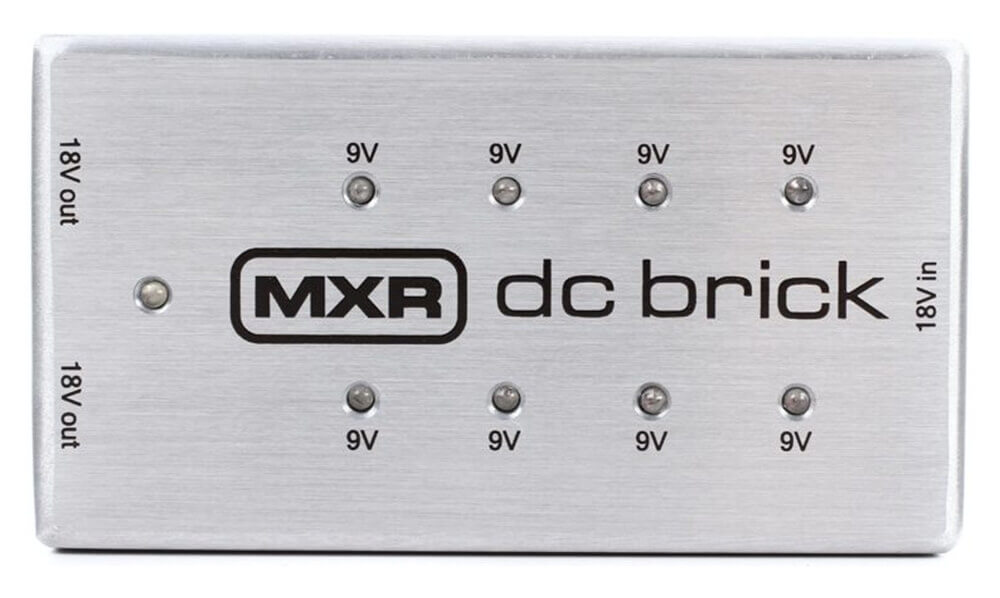 Okay great we’ve got our pedalboard and it’s got power, what next? What’s the first pedal we should put on there? We’re going to give you the generally accepted method of laying things out. Of course, there’s room for experimentation and we encourage that you do mix things up – but this is a good starting point.

Depending on what you actually want to play this will differ. We’ve put the Wah in brackets as it’s not strictly essential, but for many guitarists this is one of the first pedals they get. We’ll go further into what each effect does below.

Quite obvious this one – it allows you to keep your guitar in tune! Putting your tuner first makes sure it gets a nice clean signal from your guitar. The main advantage of a pedal tuner over a clip-on is that it cuts the signal while engaged. Being able to do this is very useful in a gig situation! 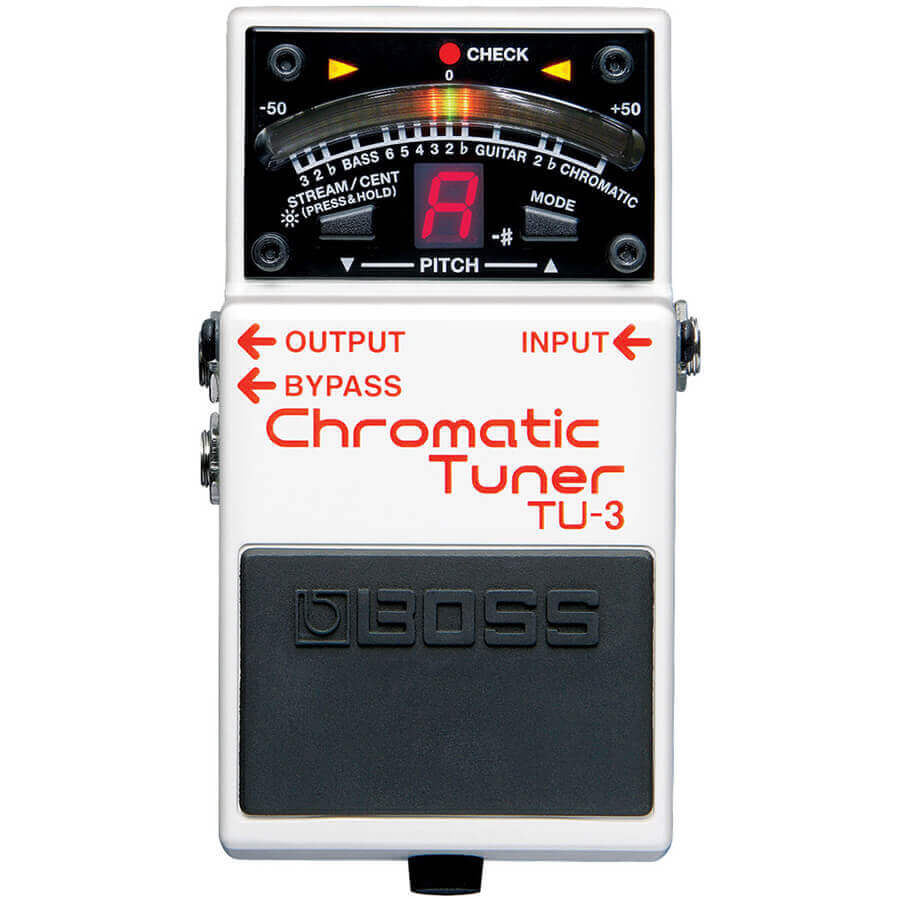 Often the first effect pedal guitarists are after, the wah was also one of the first to be developed. It’s essentially a filter that’s foot-controlled via the expression pedal. It gives a characteristic sound, found all over pop, funk and rock records across the decades. This is often used first in the chain, partly because it’s a very expressive effect, and because it does a lot to shape the overall tone. These pedals also often double as a volume pedal, allowing you another way to increase, decrease or kill your overall volume. 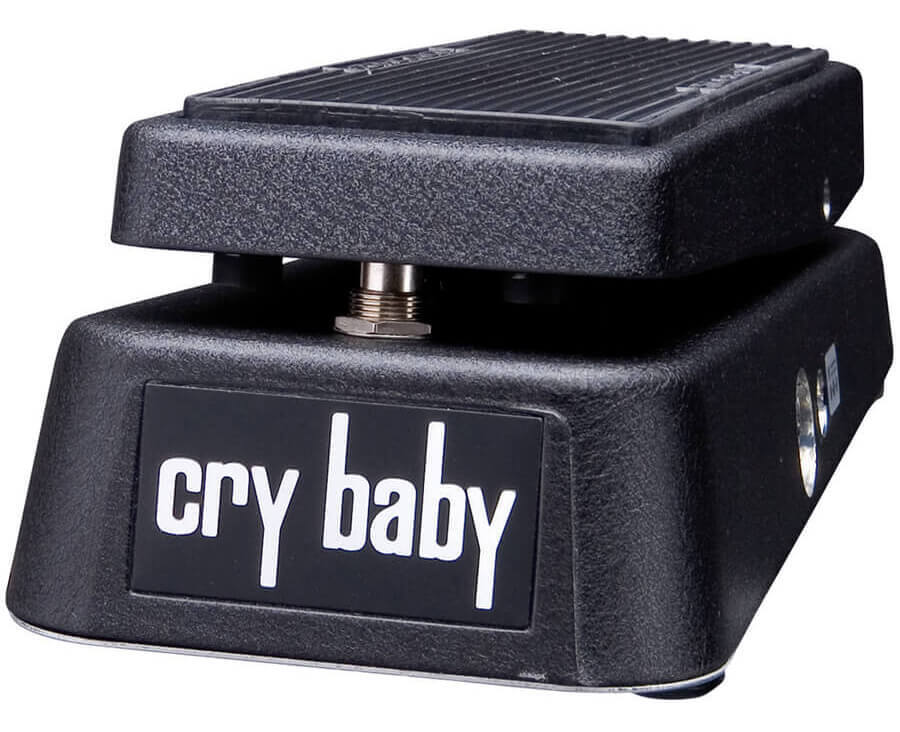 You can’t go far without hearing the sound of an overdriven guitar. The effect itself is not actually as complicated as you might think, basically turning up your signal. Almost all manufacturers will make a distortion pedal, each giving their own particular character and features. The main benefits from this, aside from the increased volume and the sound, is the compression it provides. Turning up the signal means it will break up, as it reaches the maximum level the pedal can do. The sound is squashed, reducing dynamic range and giving an overall ‘bigger’ sound. These are usually described by manufacturers as either Overdrive, Distortion, or the more colourful Fuzz pedals.

Distortion always adds more harmonic content to whatever is there in your guitar signal. This is why we place it early in the chain, to minimise the chance of creating problems later on. For example, as well as the sound you do want, any noise, pops or bangs that come from your guitar or pedals are going to be louder and distorted when going through distortion pedal. Sometimes that’s great, others not. You can also get clean boost pedals which increase the volume without adding the distortion.

Modulation is any effect that fundamentally changes the signal, rather than simply turning it up. These include chorus, phaser, flanger and tremolo.

Tremolo – changes the volume of the signal at a set rate. If set short this is how you create a stuttering sound and was one of the first effects attached to Fender Tweed amps. 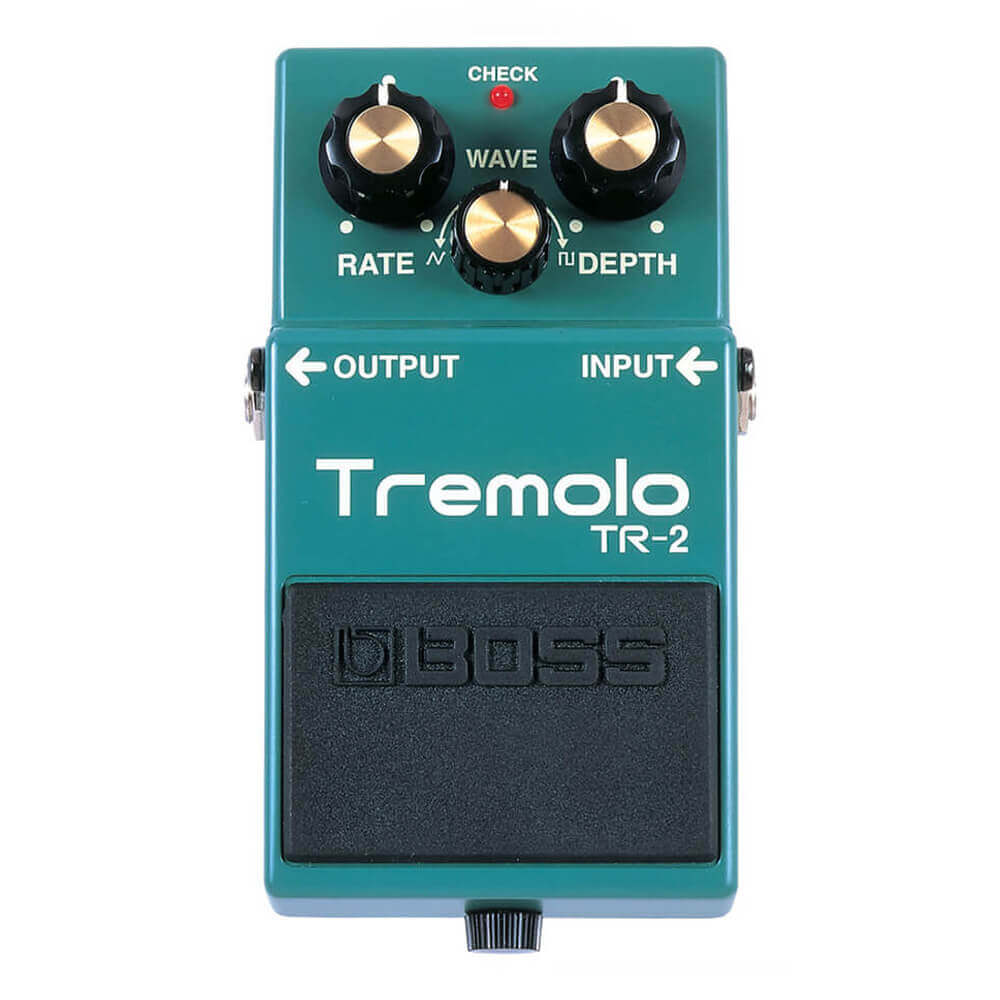 Chorus – doubles the sound using a very short delay. This is a great effect for thickening up your tone. The iconic Roland Jazz Chorus amplifier features a chorus effect as part of its signature sound. 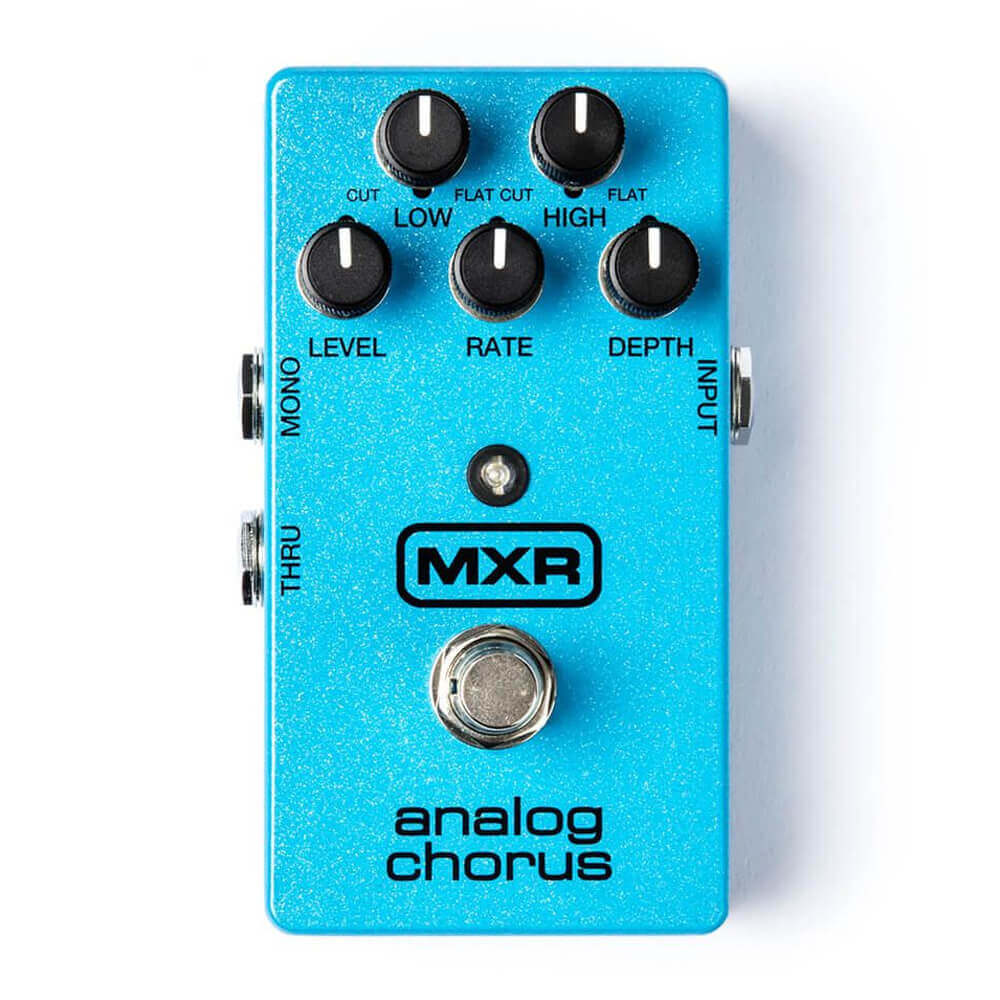 Phaser – Like combining a chorus and tremolo effect, the phaser doubles the sound with a delay, but slightly out of phase. This moves through your guitar tone’s frequencies and can create a warbling, psychedelic sound. 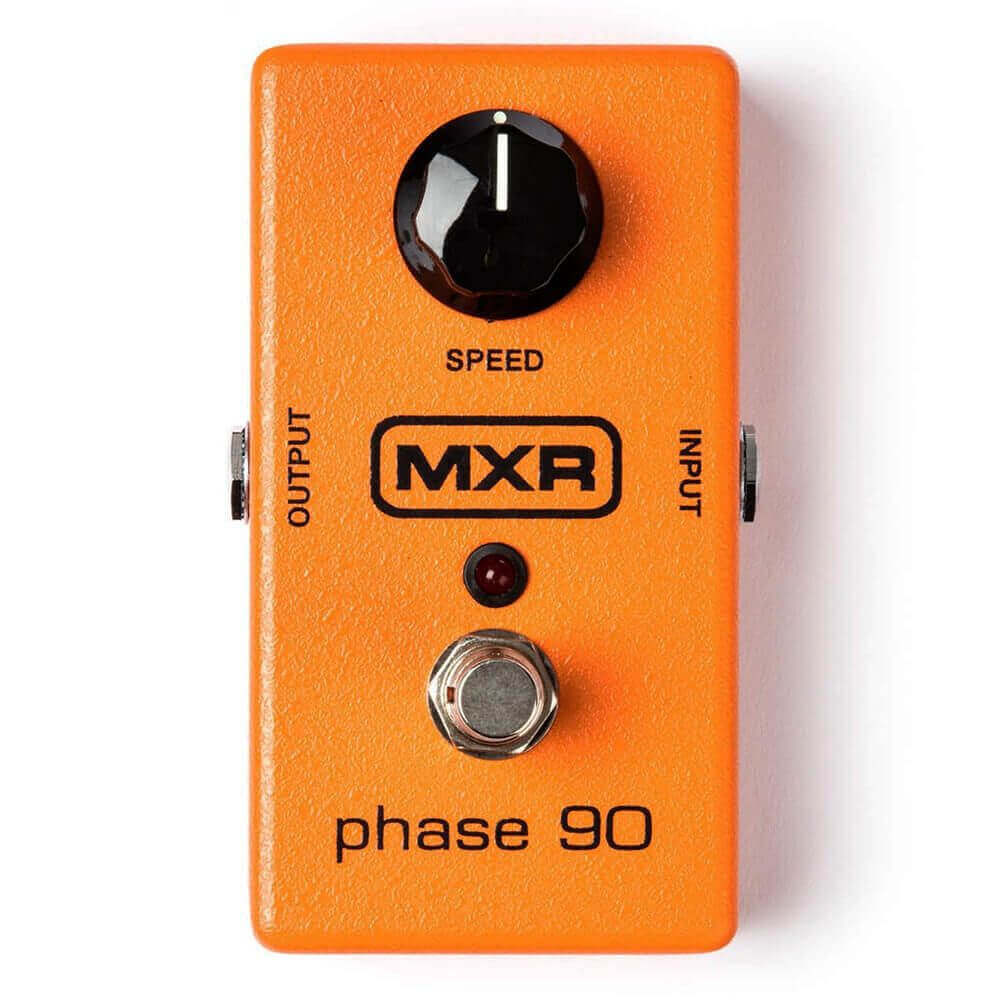 Flanger – Works much like the phaser with another different set of delay times. Gives a chunky, doubled-up sound. 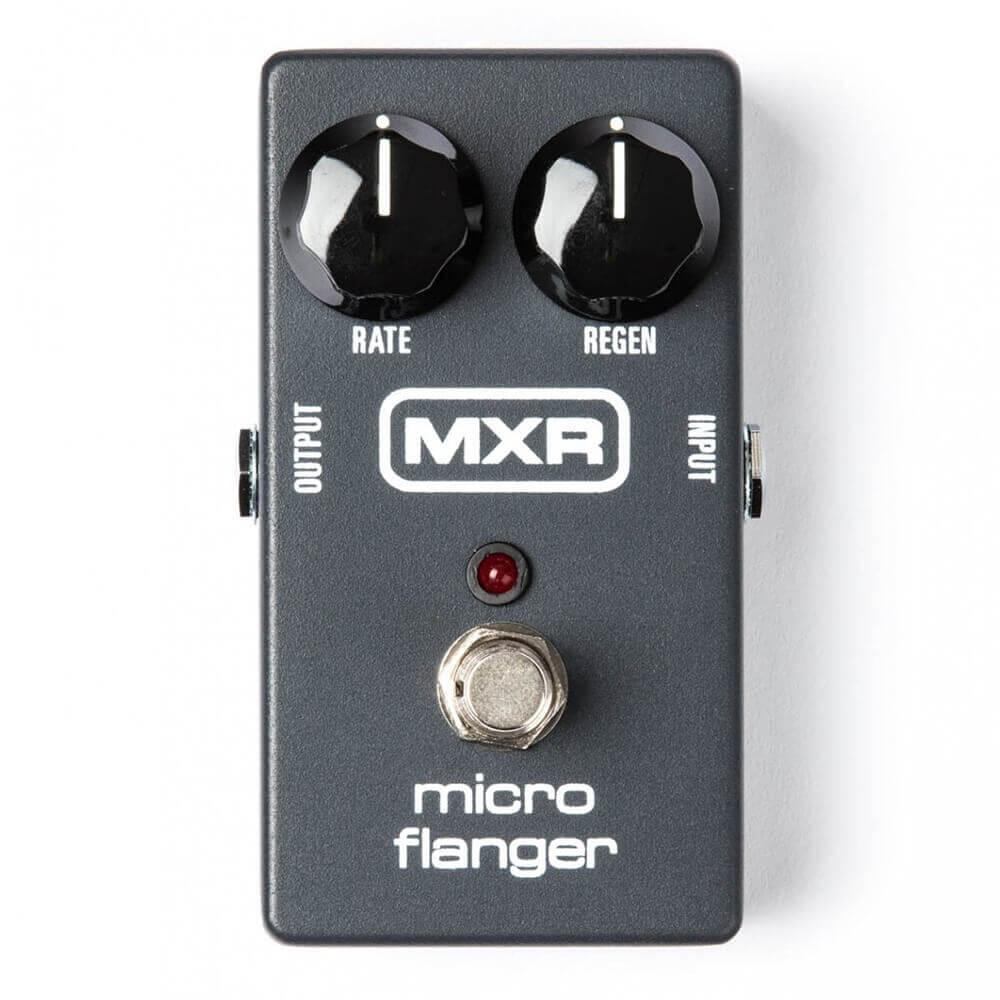 There are many more modulation effects besides these, all working on similar lines in yet more different combinations. Try the rotary, vibe, and ring modulation effects top open up a fresh world of mod effects. Can be difficult to master, but the result is certainly worth it!

These are your reverbs and echoes, also known as delay effects. These give your tone ambience, which can vary from thickening up to vast cavernous echoes. Whenever we hear a sound in real life, we also hear the room and reflections around us. These clever pedals aim to fool our mind into thinking we are somewhere else and giving space to your tone. This category of effects is definitely the most expensive as they often rely on lots of processing power to generate their sounds.

Delay is a repeat of the original sound, whereas reverb is the natural decay of sound in any given space. Imagine clapping your hands in a big, empty hall. First you’d hear the direct sound of your hands clapping, next you’d hear the first reflection which is kind of like the delay. After that you’d hear the rest of the reflections bouncing around the room and gradually dying off; that’s the reverb.

Getting a professional sound with delay and reverb was once the reserve of big-budget studios back in the 50s and 60s, but nowadays you can find effects pedals that do a pretty fantastic job. From simulating real-world places and equipment, reversed reverbs, tap delays and much, much more, there is an awful lot you can do with these effects! Some uses include adding a realistic reverb to your tone through to atmospheric and deeply layered sounds.

Ideally you want to place time-based effects into the effects loop of your guitar amplifier, to keep their sound as crystal clear as possible. However, many people are perfectly happy putting their delay/reverb at the end of the pedalboard then onto the normal amp input. Try them both out and see what works for you!

Don’t overlook your cables! You’ll need to hook everything up with patch cables, as well as leads from your guitar and to your amp. Often these feature an L-shaped plug, which is great for saving on space. In order to keep everything running as it should and avoid potential embarrassment when things don’t quite go to plan, here’s a few of great tips.

There You Have It! 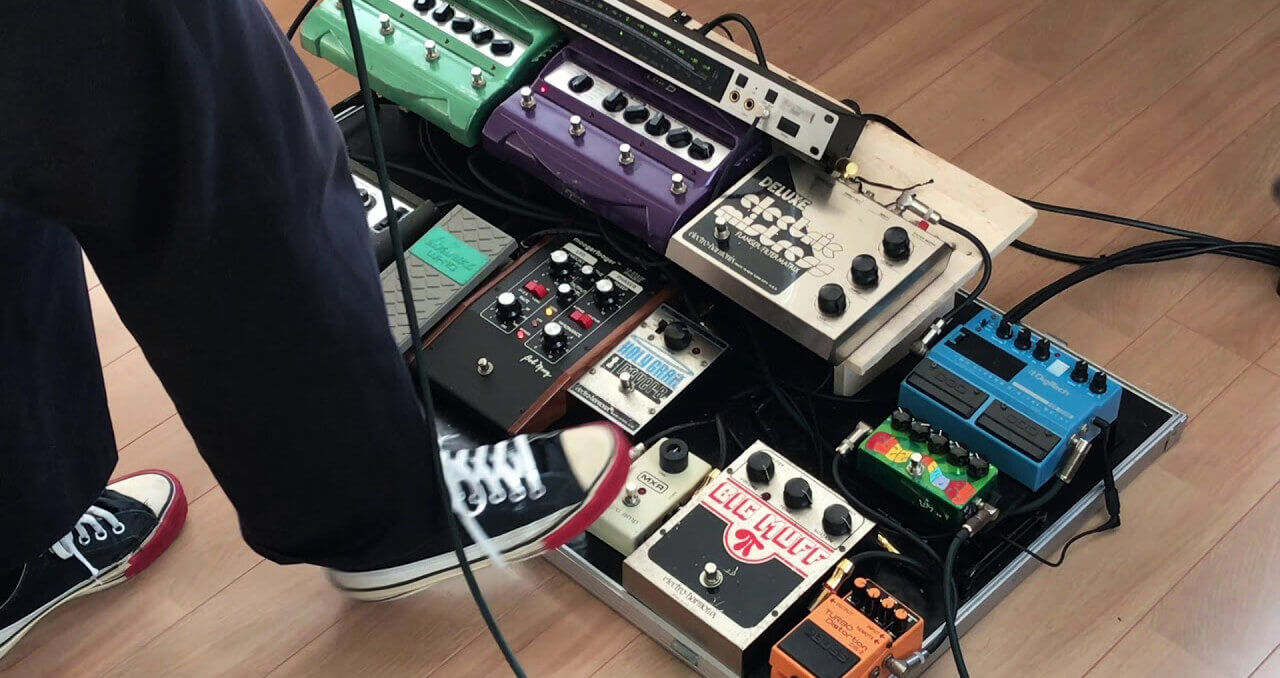 So we made it, you’ve got yourself the basic pedalboard that can cover the majority of guitar sounds. Something to consider is that every effect you plug in adds more resistance into the signal path, which can reduce the clarity of your tone. This is what buffer pedals are used for in very long effects chains, to help keep a strong signal flowing through the system. Gain structuring is also important; trying to balance the levels of each of your pedals, so that none sticks out more than another. Some guitarists do whatever they can to preserve their signal quality, some are happy with the gnarly sound that comes out at the end. It’s all down to personal preference, and one of the key reasons effects pedals will always remain popular is their collectible and specialised nature, as well as infinite customisation options!