Posted on 6th February 2020 by Callum

Gibson and Slash proudly present the new Slash Collection of signature guitars. These models represent electric and acoustic guitars Slash has played during his career and influenced generations of players worldwide. Inspired by Slash, built by Gibson, and now played by you.

We’ve seen Slash put his name on many signature guitars in the past, but previous releases by Gibson have all been limited run models. For 2020, Gibson actually add Slash collection models as a permanent fixture to their core offering, which is a big deal!

Slash’s Les Paul Standard is based on the 50s Les Paul Standard, sharing the same rounded “50s Vintage” neck profile, mahogany body and a rosewood fingerboard. The main differences to the regular standard are a Triple-A flamed maple top, Custom Burstbucker Alnico II pickups, plus a host of Slash signature touches. The pickups are a custom set of Gibson’s acclaimed Burstbuckers, but finely tuned to match Slash’s legendary Les Paul.

Slash’s trademark “Skully” design adorns the back of the headstock, along with a signature truss rod cover. A blank cover is also included in the case, for those who may prefer to tone down their Slash worship! 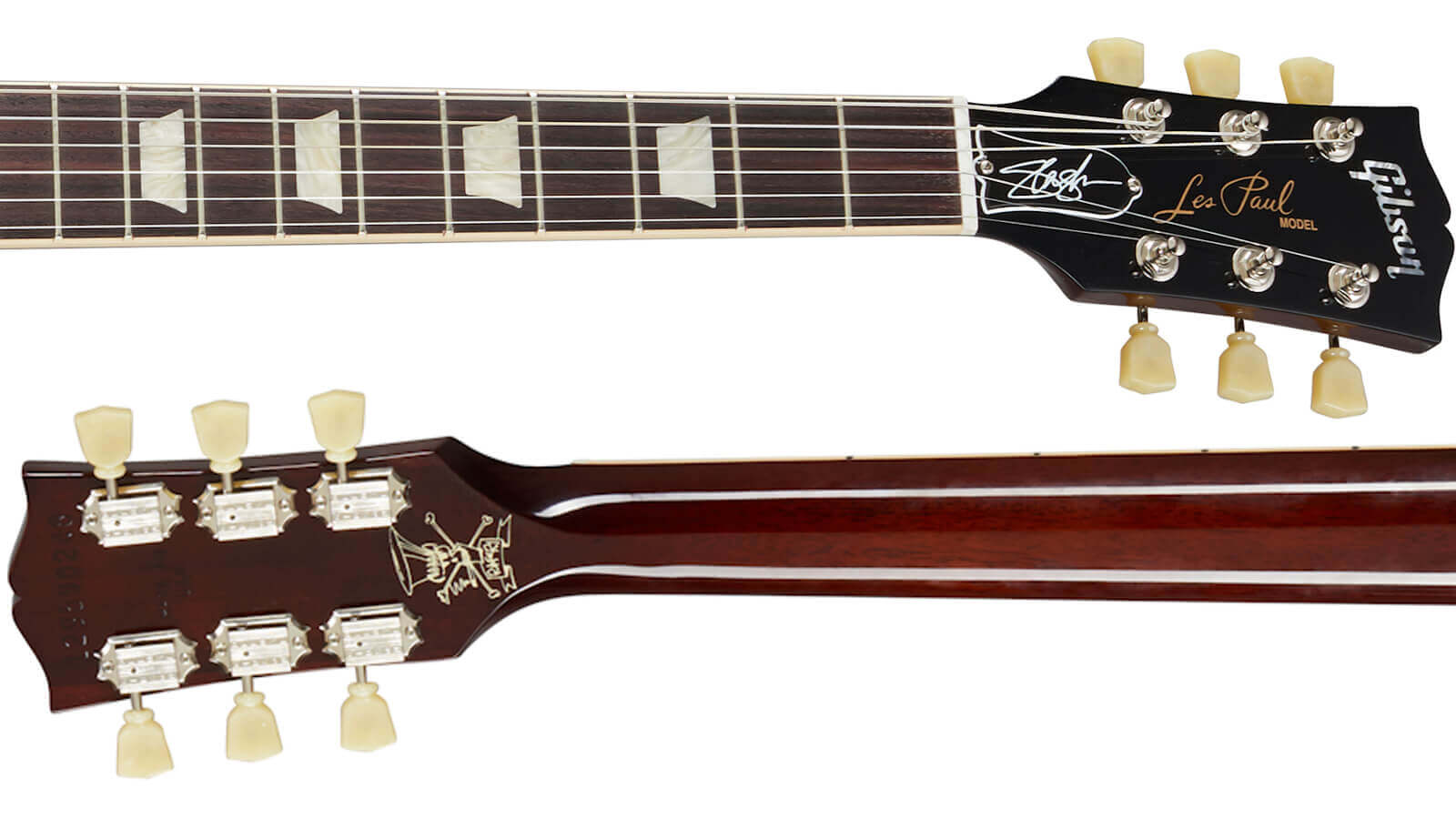 The look of these guitars makes them truly special. Gibson have saved their best pieces of maple for the tops, each one sporting an especially gorgeous piece of flamed maple. The finishes are exclusive to the range as well, each complimenting the beautiful depth of the wood grain. 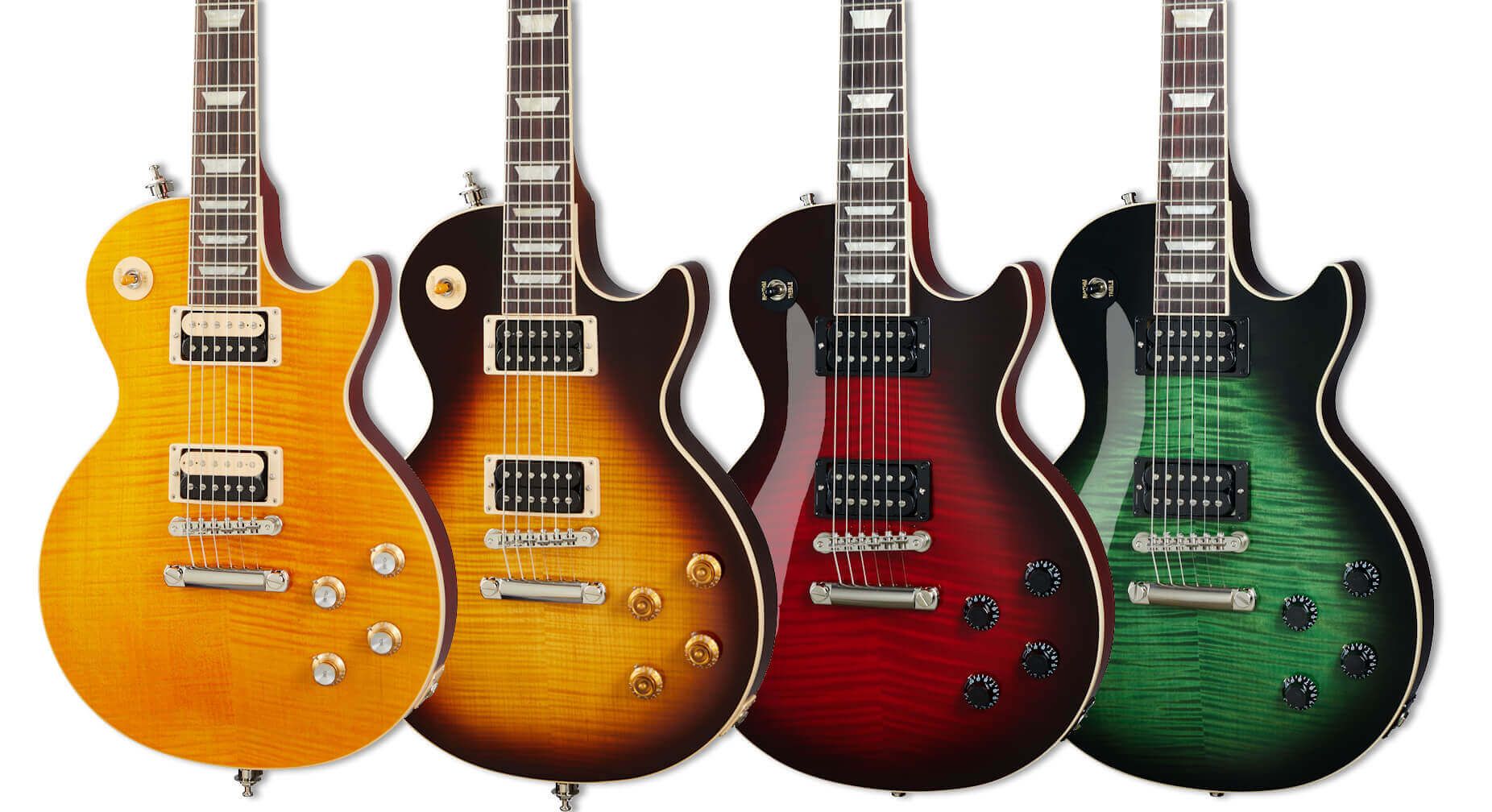 Die-hard fans will recognise each of the exclusive finishes from different eras of Slash’s expansive career. The core lineup contains the iconic Appetite Amber and striking November Burst finishes. Two limited edition versions join the ranks for this year; in the deep green of Anaconda Burst and warm red of Vermillion Burst. Previous versions of Slash’s Gibson models have come with an eye-watering price tag to match, but these 2020 guitars retail just above the regular Standard ‘50s. 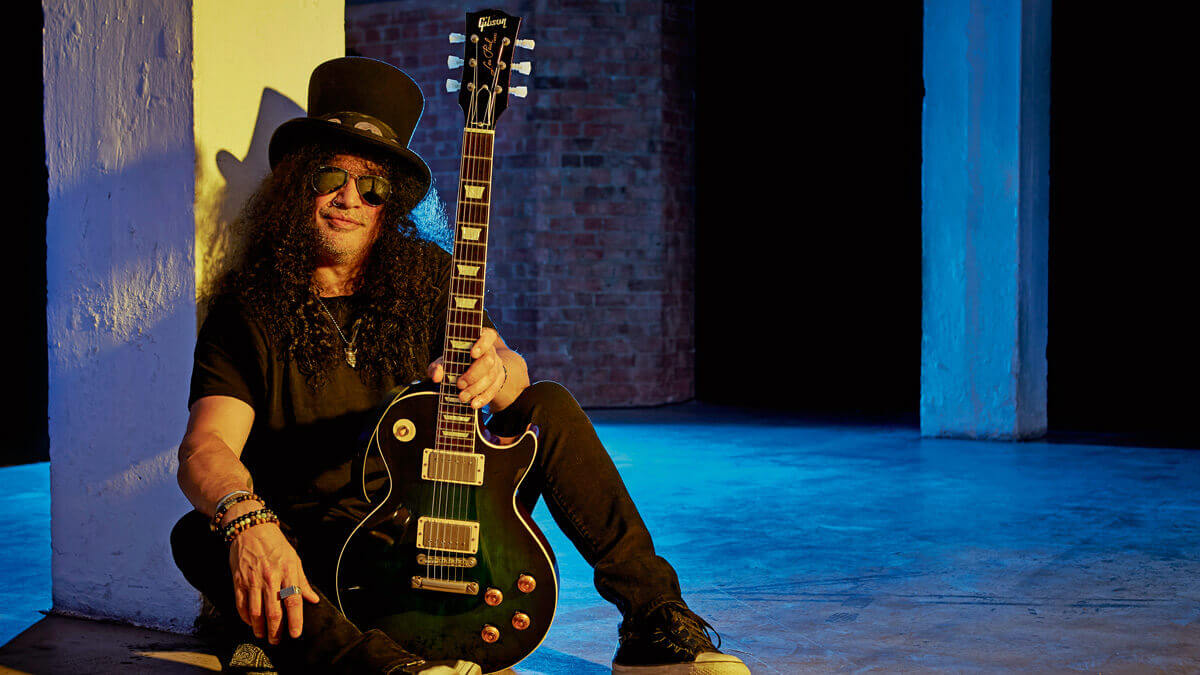 We saw Gibson’s new CEO take charge and a big upturn in quality in 2019. Now working with Slash as their ‘Global Brand Ambassador’, all indicators point towards these being top-drawer guitars. They’re going to be very popular, and an absolute must for any Slash and Guns n Roses fans. We will have multiples of each colour available when they arrive towards the end of April, so get your name down for a pre-order to avoid disappointment!