With lots coming up at Rich Tone Music over the next few weeks with the NAMM 2018 trade show taking place at the end of January, one of the first announcements is the Fender American Original series!

We’ve seen vintage re-issues done by the big brands but nobody does it quite like Fender; after all they have been creating high-quality guitars used by big name musicians going back over half a century, and have shaped popular music’s evolution up to today. Dipping into this esteemed heritage they have managed to re-create some of their most iconic models for 2018. 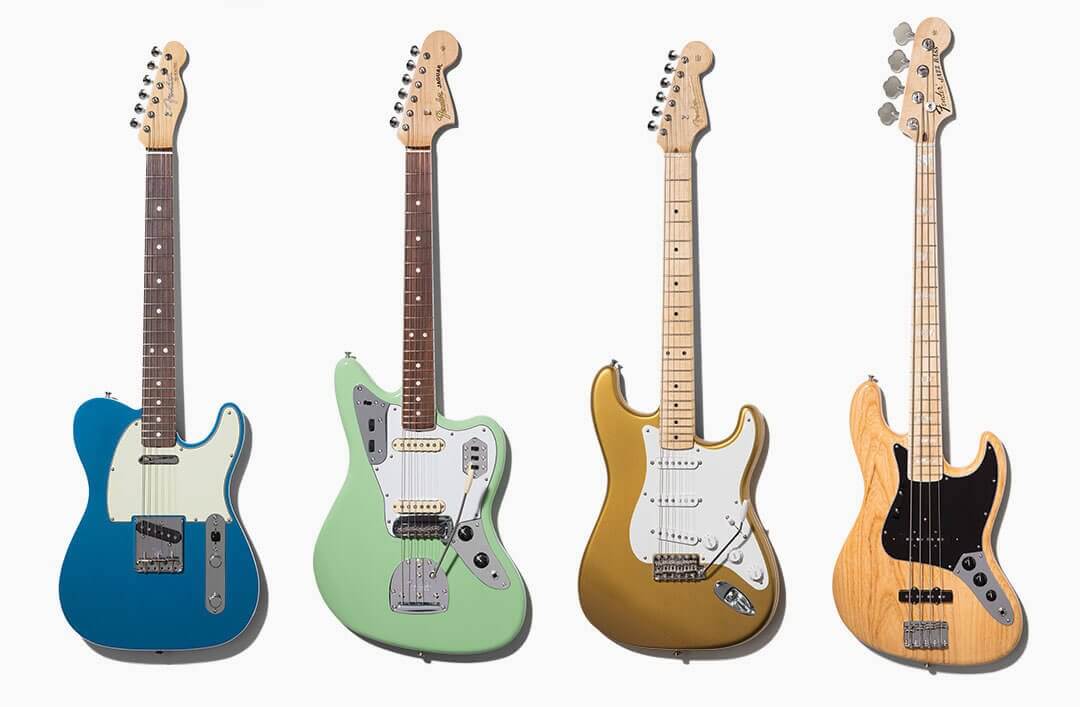 Whether you’re wanting to channel the birth of rock and roll in the 1950s or prefer instruments featuring refinements from the rebellious 60s, Fender bring vintage style to suit your needs. Fender have focused on giving players instruments which are awesome to play yet still retain the authentic vintage vibe that has made Fender into the brand it is today.

Special care has been taken to try and keep these guitars as period-specific as possible, down to minute details such as the wax used to pot the pickups, enamel-coated wire coils and cloth-coverings for the output wires. There have been improvements made on those originals however, with modern fretboard radius and neck design meaning these guitars feel great in your hands. This is a true combination of style and substance – these guitars look fantastic and will perform at their best for many years to come.

There’s a load of guitars to choose from so have a look through the options on the Rich Tone Music site, but to get you started we’ve picked out what we’d consider to be a few highlights among them.

Think Buddy Holly… think Hank Marvin… George Harrison… Eric Clapton… Jimi Hendrix…the list goes on. They’ve all been known to be Strat players and have used theirs to create some of the best and long standing hits in pop music history. It’s such a versatile instrument thanks to its 5 way pickup selector, synchronised tremolo and playable neck, and it certainly looks great in this bold red finish.

Originally known as the Fender Esquire when it was first produced well over 60 years ago this was Fender’s first foray into manufacturing electric guitars. Its rugged and simple design have made this a go-to instrument for countless guitarists. The Telecaster revolutionized both guitar design and popular music and has been considered a crucial development in bringing the electric guitar to a massive worldwide audience. Looking great in this pastel blue finish, and this model featuring a Rich Tone favourite on a Tele… white body binding!

There’s something about the Fender Jaguar that always fills us with wonder and intrigue. Whether it’s the offbeat body shape and shortened scale length, the metal plates which accentuate the pickguard, or the unique floating tremolo bridge this guitar couldn’t have been produced any other time than the rebellious 60s. Played by a plethora of superstars over the years we are glad this has been added to the Fender Original series for 2018, and even better to have a vibey surf green finish. But what do all those switches even do anyway?

This is the instrument which has laid the foundations of pop and rock music since 1951 – the Fender Precision bass. Its straightforward yet revolutionary design has been copied and imitated by luthiers all over the world, and the Fender Precision has paved the way for basslines to develop from swing into rhythm and blues, rock, soul and funk music. Not to be outdone by the imitators, Fender have created this show stopping masterpiece for 2018 with an Olympic White body set off with a gold pickguard.