Blog » In-Depth » Fake Guitars And How To Spot Them

Fake Guitars And How To Spot Them

When buying a Gibson, Fender or any other branded guitar, that is exactly what you should get. Unfortunately, there are unscrupulous and dishonest individuals who may try to rip you off by selling a counterfeit guitar posing under a famous brand name.

Under UK law it is legal to make, buy and own a counterfeit guitar, but selling one is illegal. The buying remains legal as it relies on you making the purchase in good faith. Even if you openly sell the guitar as a fake, this is still against the law. Fake guitars should be removed from circulation, so that further down the line they cannot be used to then con someone else.

The problems with fakes are numerous. They are often a cheap imitation of a genuine brand, exhibiting manufacturing flaws sometimes making them unplayable and causing problems at set up. They may look the part, but counterfeits are often made on the cheap, with cheap hardware and a lack of quality control.

This isn’t always the case, and sometimes counterfeits can be very well produced. They will likely fall into trademark infringement if they copy a reputable brand’s headstock shape or logo.

A fake guitar will have no buyer protection or guarantee, and no after-sale care. Given that they regularly exhibit fundamental problems, you could have totally wasted your money on essentially a piece of junk.

Counterfeits damage the credibility of famous brands. Brands like Gibson and Fender are well known household names because they are companies with a long history of producing exceptional guitars. If a bunch of questionable fakes are floating around under their name, this is only going to cause damage to the brand’s reputation.

How to Spot a Fake Guitar

There will be a few tell-tale signs that your guitar isn’t the genuine article. The two companies most targeted for forgeries are Gibson and Fender. 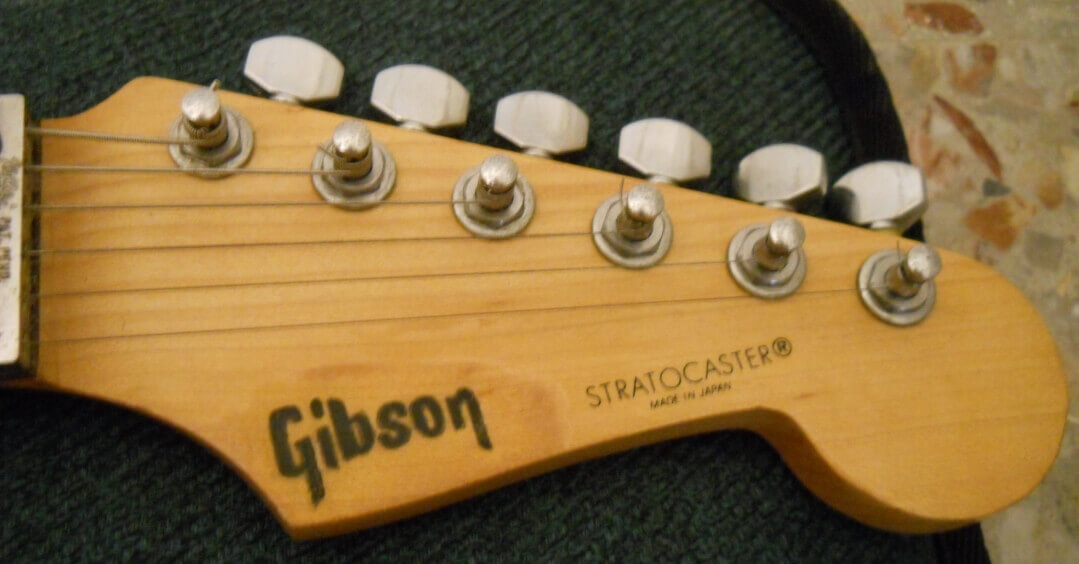 Compare this to photos of genuine guitars from the manufacturer or authorised seller’s website. The logo may be slightly the wrong shape or size, or even in the wrong place.

There are several online databases where you can check if a serial number is genuine. Of course, a forger will also happily copy a serial number if it makes their creation appear more genuine. The serial number will give you an indication of when that guitar should have been made. If it’s a 1965 serial number on a guitar that’s clearly much newer, you know something’s up.

Fake guitars are often much lighter (or can be heavier) than their genuine counterparts. Forgers will use cheaper or more readily available woods. 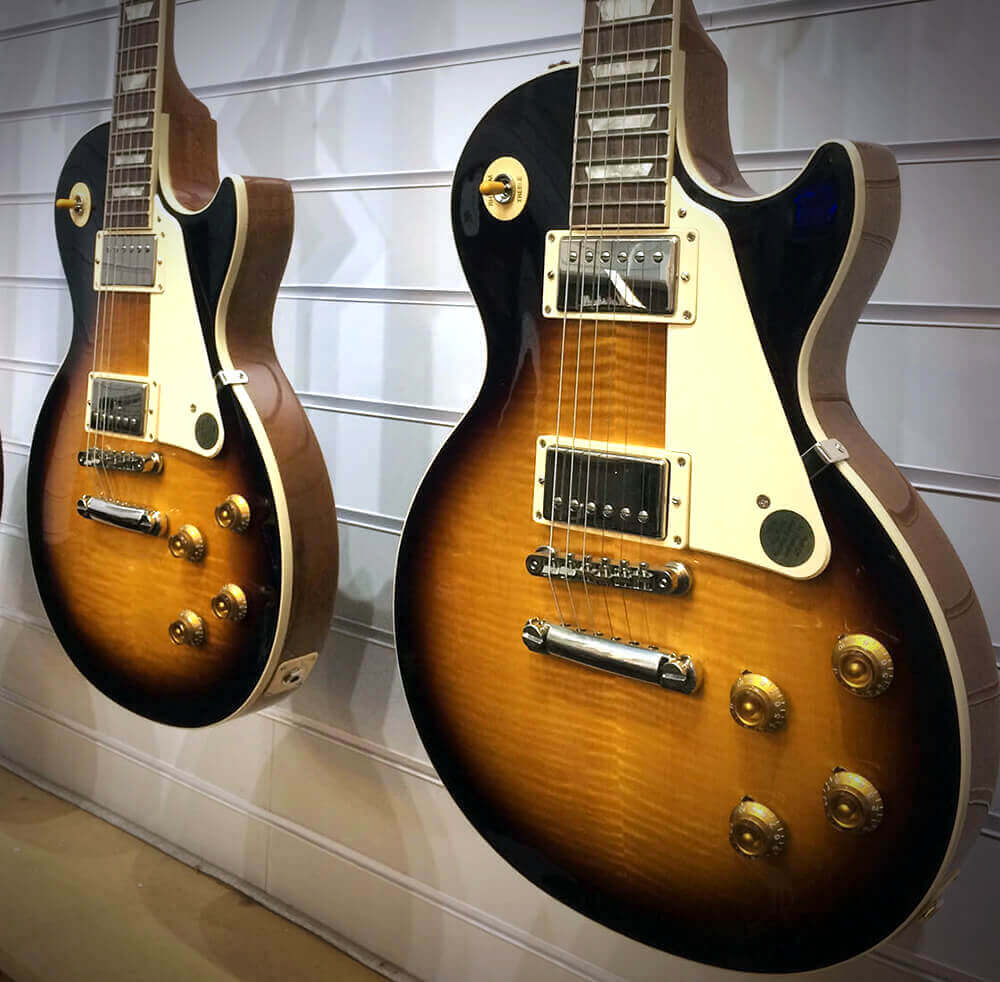 If your guitar has a flamed top, check this too! Widely used in the guitar industry, veneer tops give a premium look at a lower cost. A carved maple top will be anywhere up to around 1/2 inch thick in places, whereas a veneer is a thin layer of wood usually only 1 or 2mm deep. There’s nothing wrong with this, as long as the seller isn’t claiming that it is a carved top. Counterfeiters may use another technique called a ‘photo finish’, a printed picture of a wood grain fixed underneath the clear coat finish. It is almost impossible to tell the difference between a veneer and a full maple top without removing the binding or pickups and layers of paint inside, both will show a 3D wood grain effect when you move the guitar in different lighting. The photo finish will look the same from different angles.

This can be the most difficult to spot if you aren’t familiar with the type of guitar, or easiest if you are! Hardware can be incorrectly positioned – even a few millimetres out can render the guitar impossible to tune & intonate. The neck may be poorly fitted to the body, the headstock the wrong shape, body the wrong thickness – anything about the guitar’s construction that’s not quite right.

If you are still not sure, plug it in and try it out! Maybe the tone isn’t great, or maybe it is but the action won’t adjust to where you need it. Often the neck carve is a big giveaway if you have the ability to compare directly as well.

The best advice we can give is to try before you buy, or at the very least request detailed pictures of a guitar you are buying online. Often the outlets for fake guitars are Facebook buy/sell groups, eBay and other online marketplaces.

Taking Fakes Out Of Circulation