EarthQuaker Devices have gained a highly respected reputation for creating beautiful,  mold-breaking effects pedals. Each EarthQuaker pedal is hand build and tested from their headquarters in Akron, Ohio, USA. The EarthQuaker Devices philosophy is that their pedals should be user-friendly, with lots of practical, usable, and musical sounds, but should also be a launchpad for sonic exploration and aural innovation.

NAMM 2018 is just around the corner and EarthQuaker Devices have announced another line of exciting effects pedals, as well as updated V2’s of some EarthQuaker favorites. 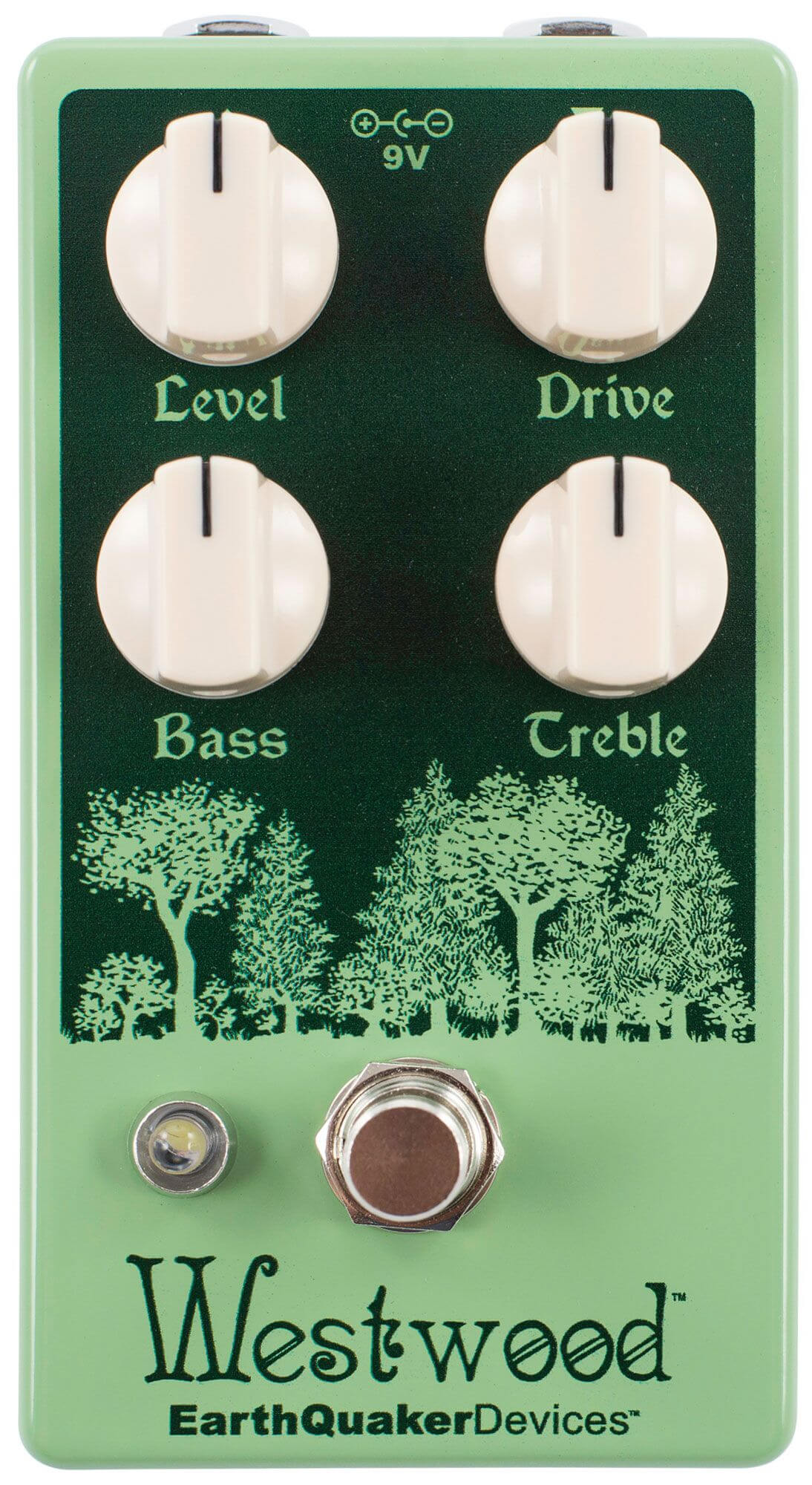 EarthQuaker Devices cut their teeth in the world of overdrive. The ‘Hoof Fuzz’ was the first pedal EarthQuaker produced. 2018 hails the launch of the Westwood, a touch sensitive translucent overdrive which EarthQuaker claim is ‘as clean and pure as the breeze’ and ‘as hot as a damn fine cup of coffee’. For all you fans of a certain green pedal from Japan, this could be the new overdrive for you. 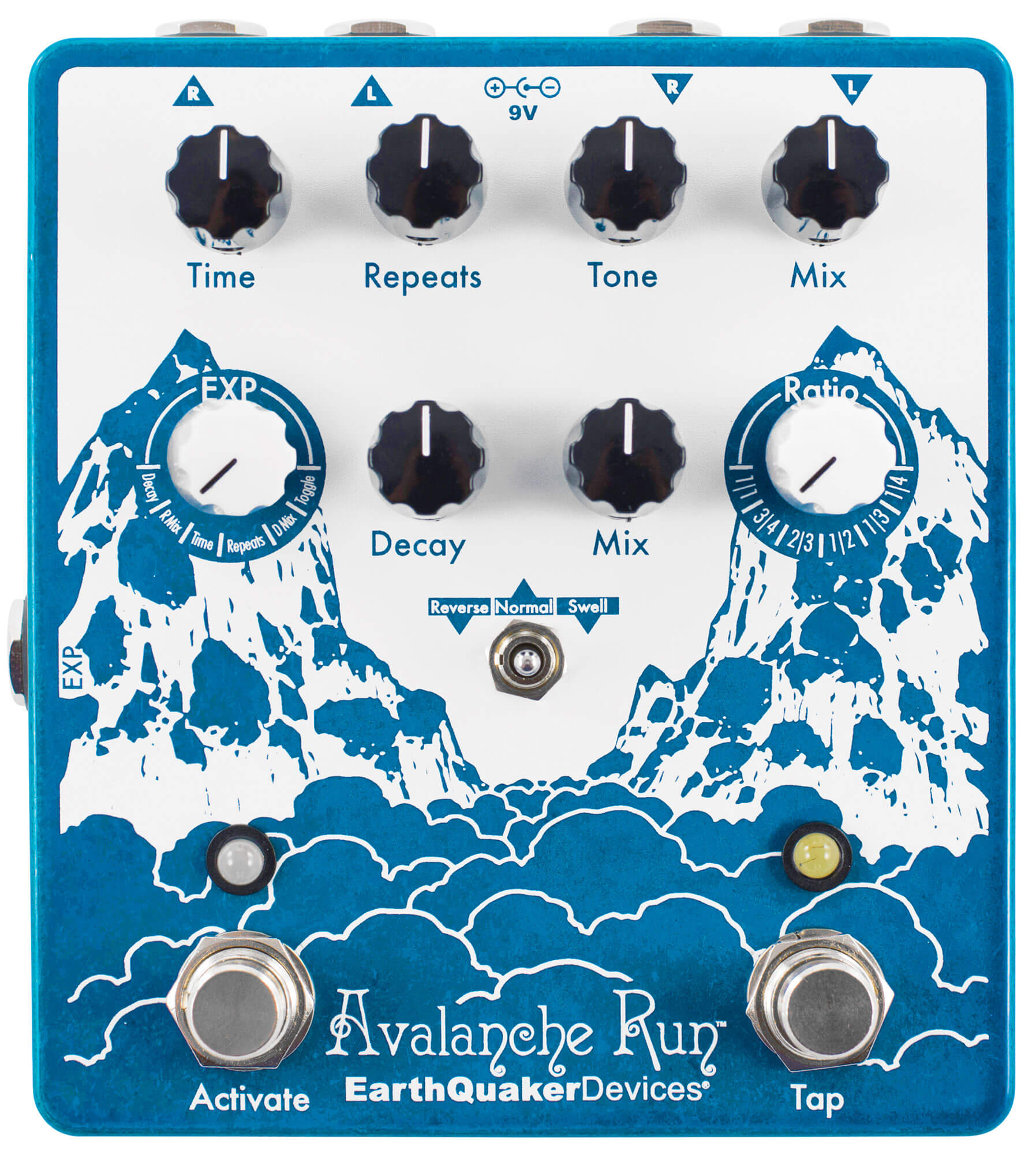 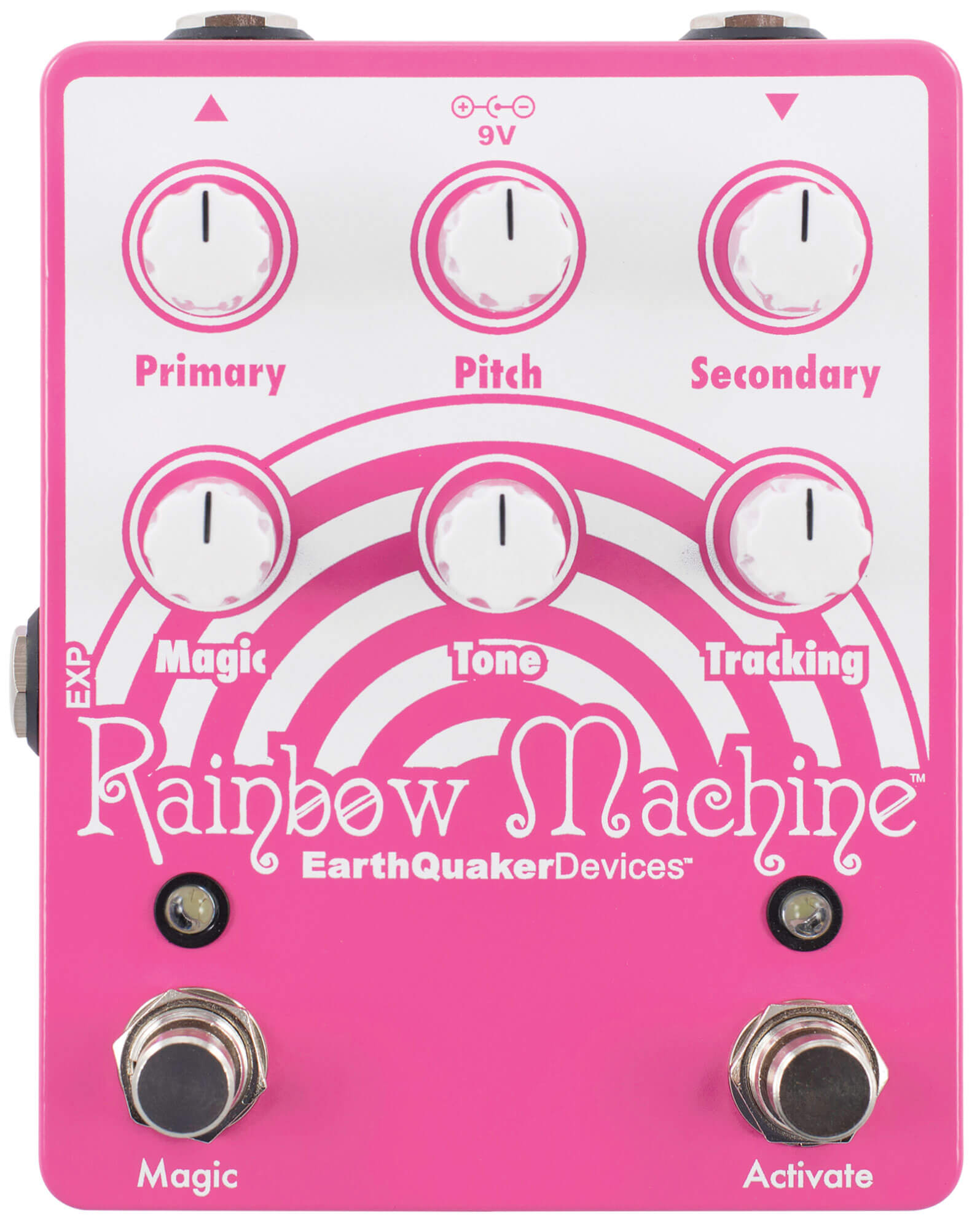 The Rainbow Machine is one of EarthQuaker Devices more far-out pedals. Used by artists such as Omar Rodriguez-Lopez of The Mars Volta and Troy Van Leeuwen of Queens of the Stone Age, the Rainbow Machine is a psychedelic dream. At the core of the pedal is a modern DSP that creates real-time pitch shifting using digital oscillators and delays. The V2 update is twice as loud as the original, , with an extended delay time, deeper chorus tones, silent flexiswitch footswitches on both the Activate and Magic functions, and best of all, has more Magic! 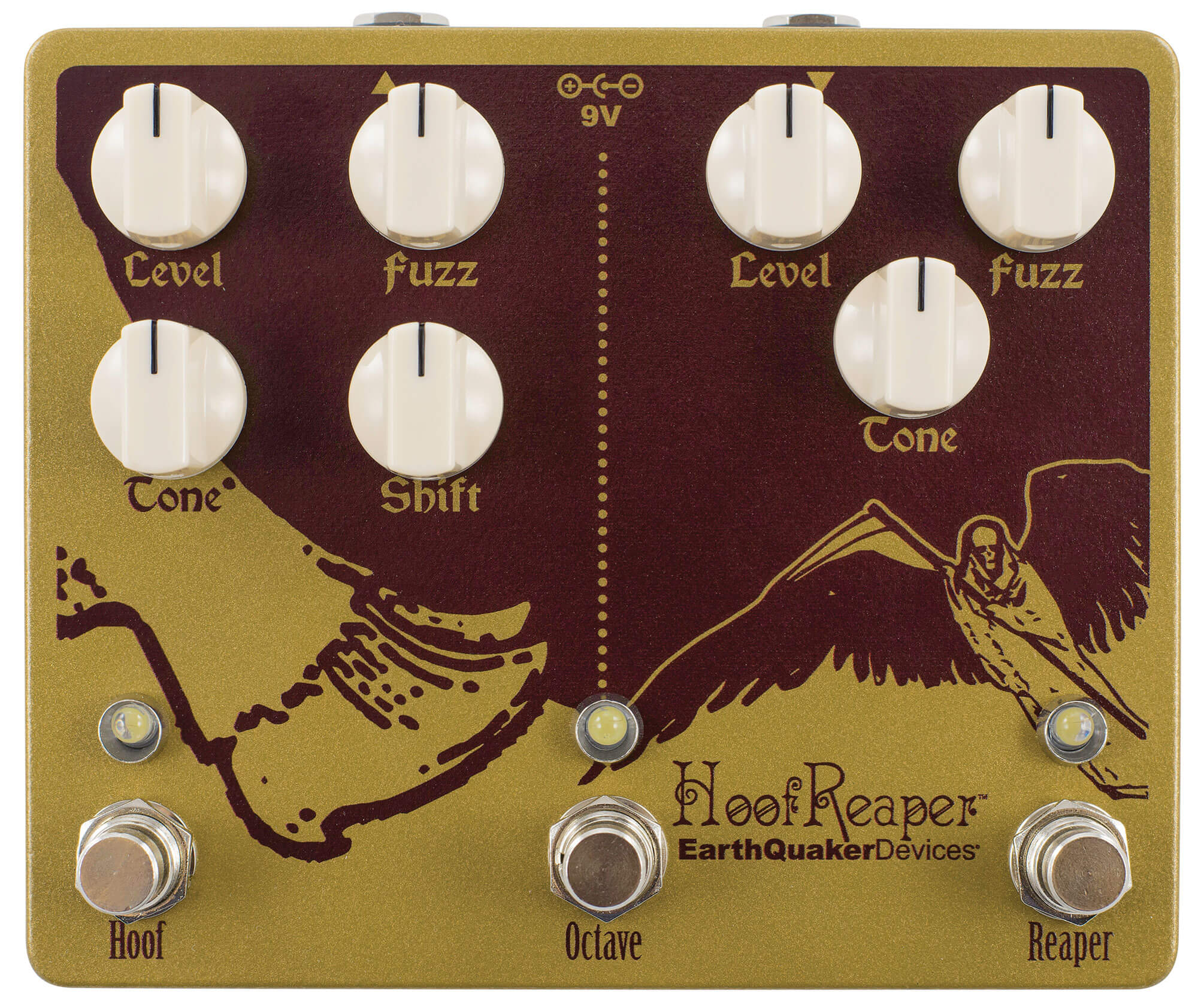 The Hoof Reaper combines three classic pedals from EarthQuaker Devices, ‘Hoof’, ‘Tone Reaper Fuzz’ and the old-school analog octave up tones from ‘Tentacle Octave’. This pedal handles all your fuzz needs in a single 3 switch box. Fuzz god J Mascis from Dinosaur Jr has a Hoof Reaper along side his collection of vintage fuzzes. The octave in the Hoof Reaper V2 has now been upgraded with EarthQuaker’s new flexi-switch. This lets you use it in classic latching mode or in the new momentary mode, seeing you jump in and out of octaved riffs and solos like nobody’s business! 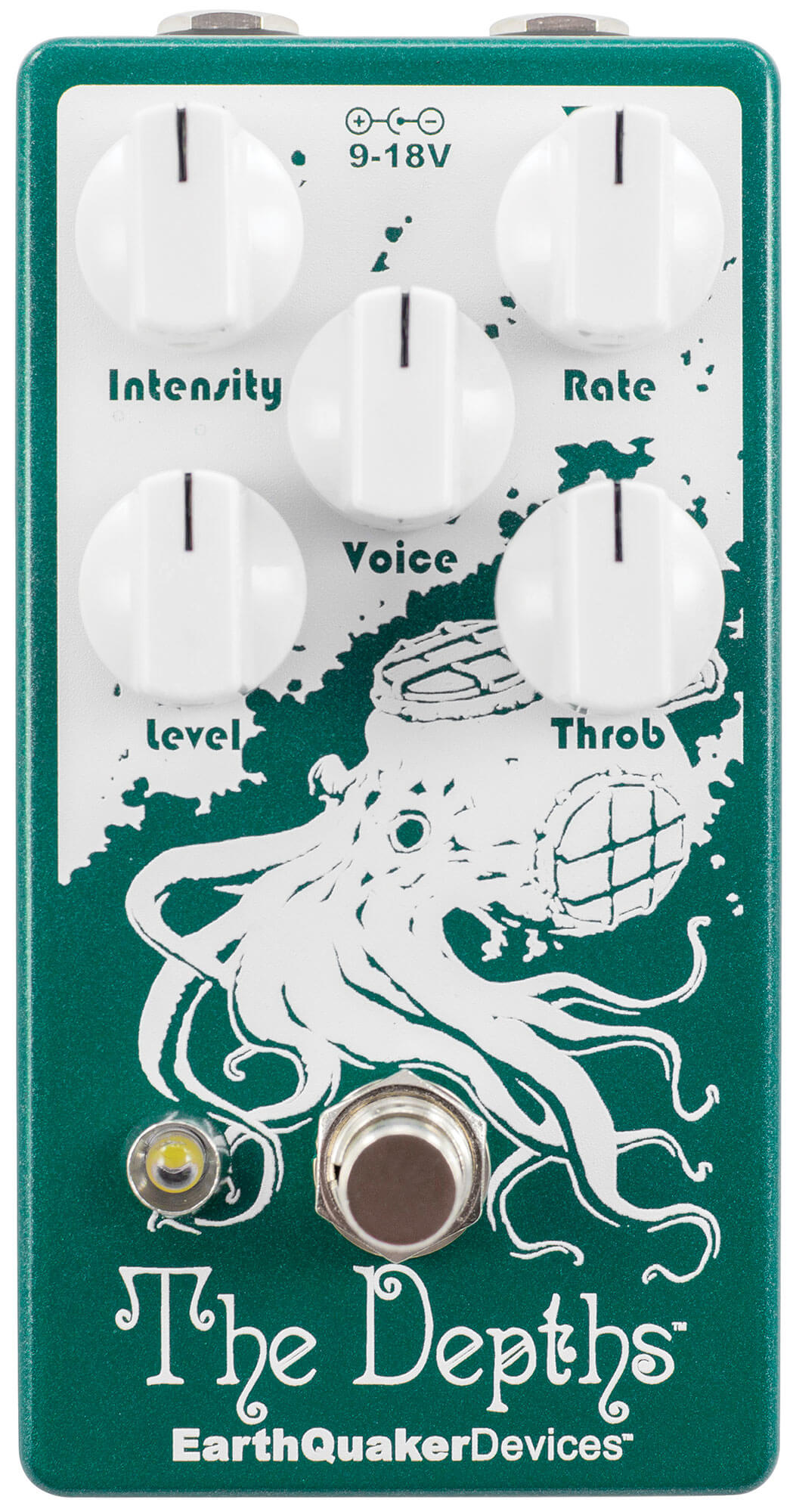 The Depths is EarthQuaker Devices take on the classic optical vibe circuit. If Henxdrix had EarthQuaker Devices at his disposal, this would be the pedal for him. Lush, pulsating, three-dimensional vintage vibe tones to die for. The Depths is used by Jim Fairchild of Modest Mouse to create those gorgeous pulsing guitars tones. The V2 update features a Flexi-Switch, which allows players to switch between operating the pedals in classic latch mode or in the new momentary mode. 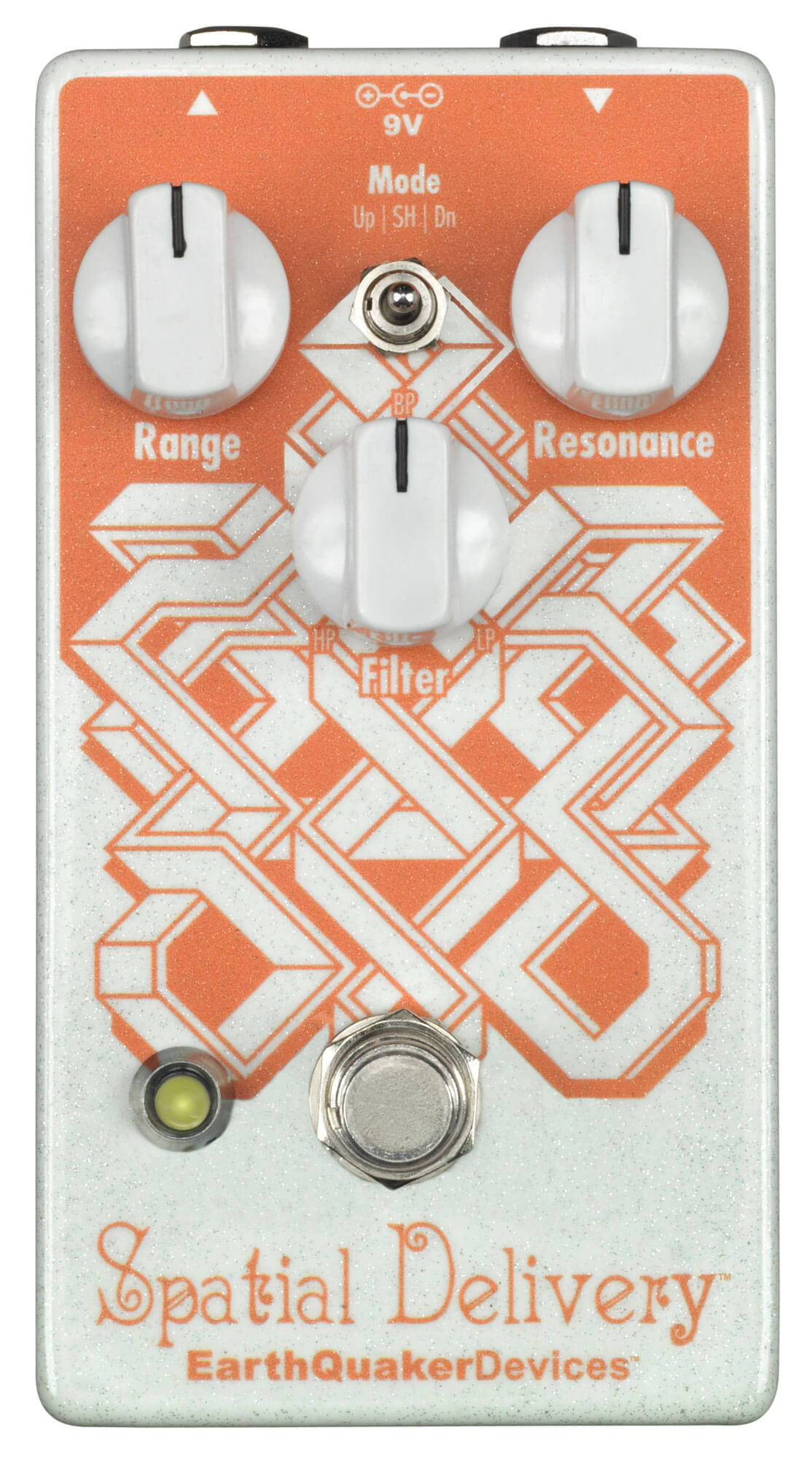 The Spatial Delivery is a voltage-controlled envelope filter that brings tones so funky it would make George Clinton blush. The Spatial Delivery is used by Michael League of the incredible jazz fusion act Snarky Puppy. The V2 update features a Flexi-Switch, which allows players to switch between operating the pedals in classic latch mode or in the new momentary mode, a feature rarely seen on envelope filters.