The Boss Katana amp has been nothing short of sensational since its release in 2016. Ease of use, portability and above all great sound and flexibility made the Katana a must-have for guitarists worldwide. Still priced competitively and maintaining the clean and user-friendly aesthetics, the Katana MkII gives you more of what you want from this king of modelling amps! 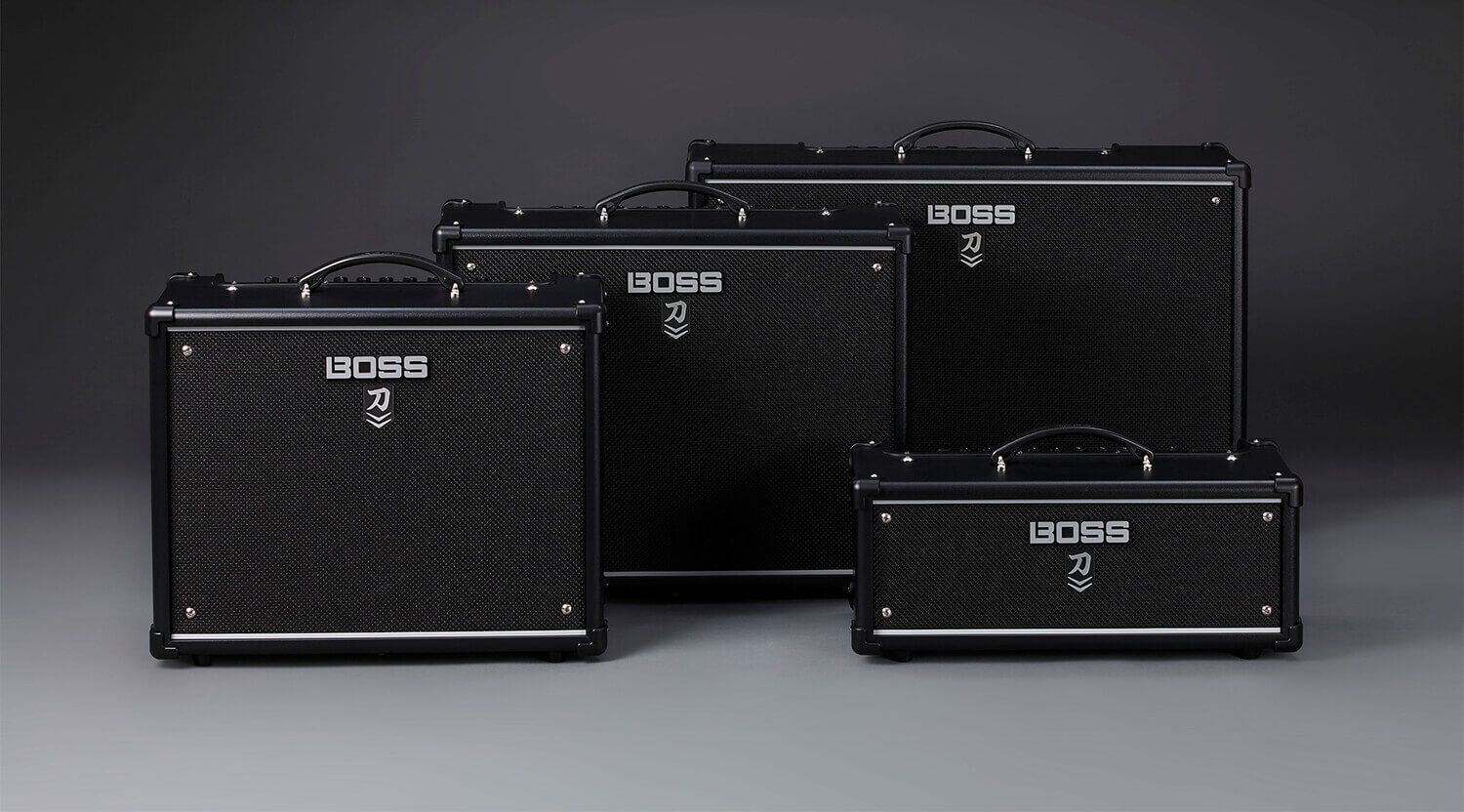 Three combo amps and an amplifier head have received the update to MkII so far. The Katana 50 and Katana 100 use a custom 12-inch speaker, and the Katana 100/212 features two. The 100-watt Katana Head can be connected to any 8 or 16-ohm cabinet, and also incorporates a useful 5-inch monitor speaker for tone previews and practice.

The Katana range still packs the five amplifier characters from the original series. These range from clean through to heavier distorted tones. Part of the upgrade to MkII doubles this range, by adding a variation button which gives an alternative character to each of these five settings. The different amp characters cover everything from sparkling clean to modern high-gain, plus dedicated voices optimized for acoustic-electric guitar.

If you felt that three simultaneous effects weren’t quite enough in the Katana, Boss add a further 2. Now enjoy the scope of 5 effects running at once! Independent Booster, Mod, FX, Delay, and Reverb sections come loaded from the factory with three variations in each, providing 15 ready-to-play effects to choose from. You can dive in even further with Boss Tone Studio editor software for Windows and Mac. This allows you to customise sections with over 60 different effect types. Switch up the order of the effects, edit the parameters, and create new sounds! 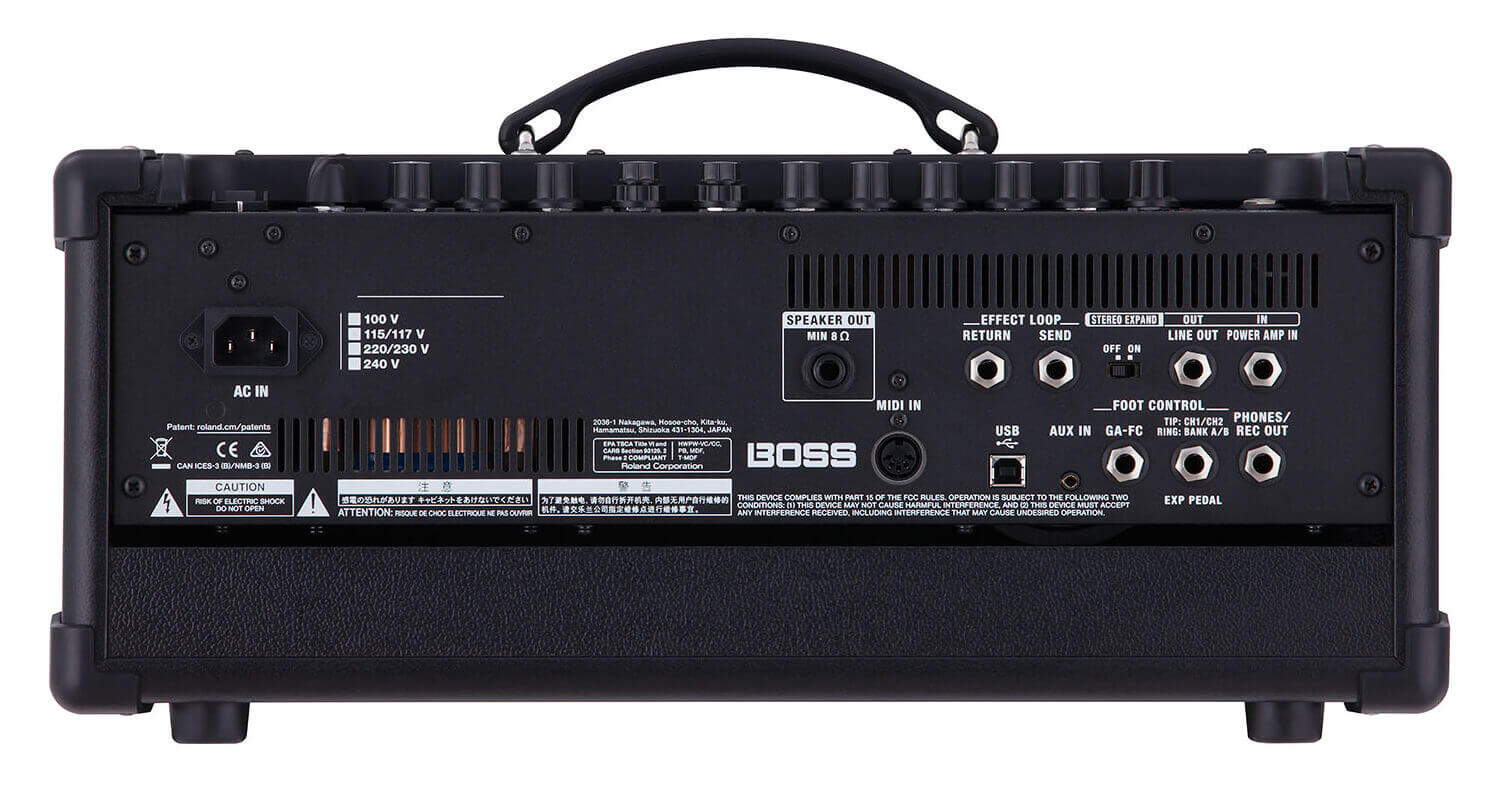 In addition to standalone use, you can use any Katana MkII amp as a power amp for your favourite preamp, modeler, or multi-effects unit. Simply connect to the rear-panel Power Amp In jack to tap straight into the Tube Logic power section. This bypasses the Katana’s pre-amp, giving you a clean uncoloured sound. And with Boss Tone Studio, you can optimise the input for different gear with a high-pass filter and adjustable gain. 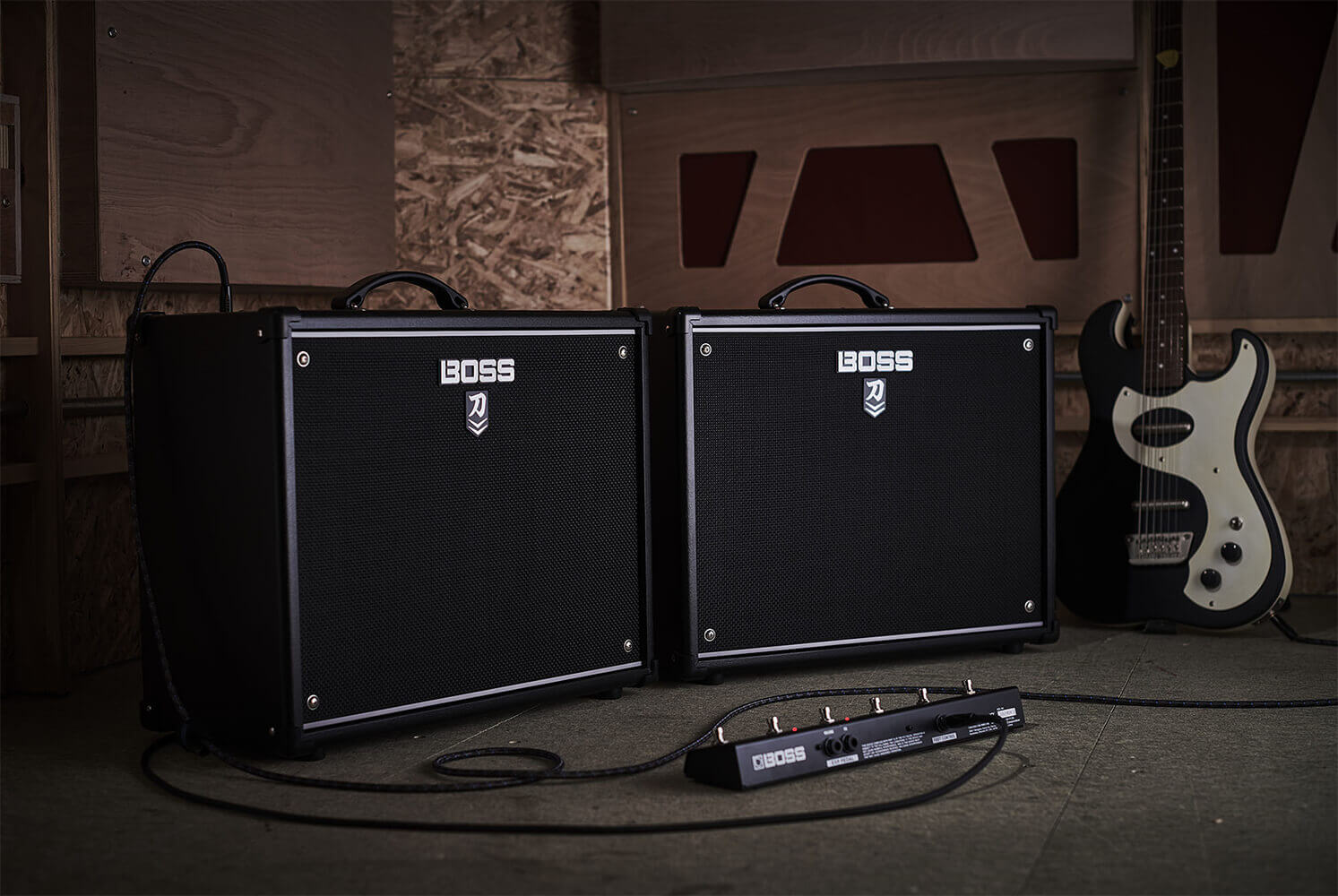 Available on the 100-watt Katana MkII models, the new Stereo Expand feature makes linking two amps simple. With just one regular cable the user can control everything from the master Katana MkII. Stereo-compatible effects like chorus, delay, and reverb can be distributed across both amps for a wide, immersive sound field. One Katana becomes the main amp, while the other amp’s controls become disabled. You still maintain control over both Master volume and Power Control, on both amps but running them this way, means that using a single GA-FC to control the main Katana amp, allows the sound to freely work on two Katanas. 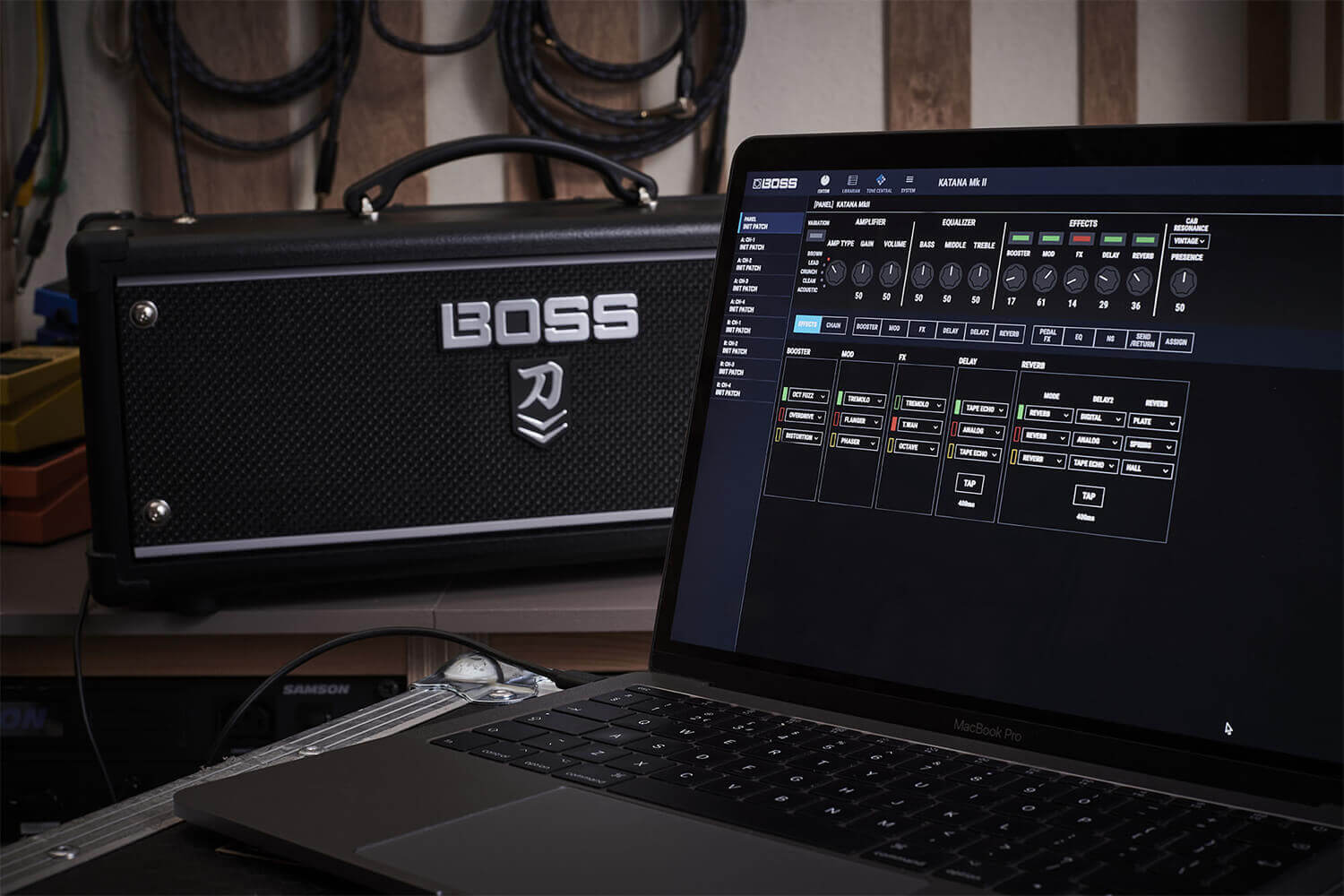 One of the great features of the Katana is the accompanying Boss Tone Studio software. The ability to edit patches using Tone Studio makes for deep and intuitive patch-building. Updated with a refreshed look, Katana users can import their first generation custom patches and use them with the Katana MkII amps.