Boss made a splash at NAMM 2018 with the launch of their new products. The top of the line Katana Artist is sure to be a hit. Also we have an advanced multi effects pedal and limited edition looper.

Waza Craft represent the cutting edge of Boss’ research and development. “Waza” means “art” and “technique” in Japanese, and nothing is more fitting when you see some of their creations. The Waza amplifier has been a favourite for guitarists seeking a top of the line modelling amp capable of creating searing rock tone from 70s and 80s, and has become known for its trademark “Waza Brown Sound”. Now the technology from these ground-breaking amplifiers has been transferred to a more affordable package – the Katana Artist. 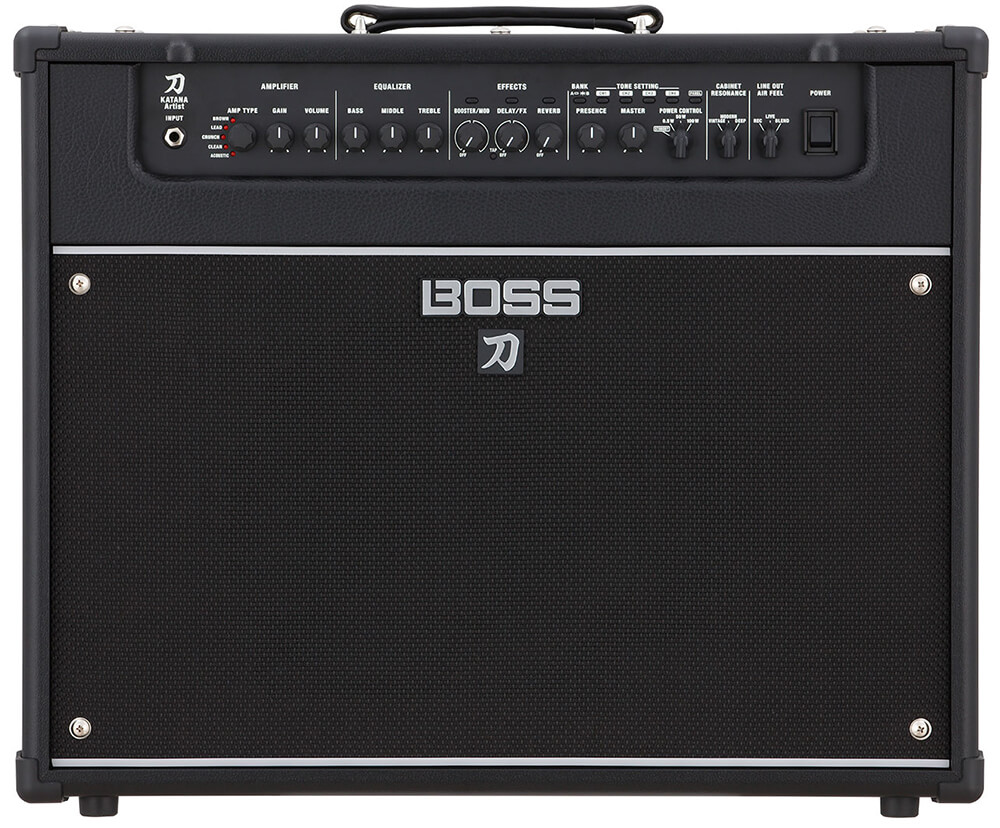 The Katana series has been taking the guitar world by storm. It’s a range of very affordable solid state amplifiers that sound incredible. The new Katana Artist takes its place at the top of the table. A 100 Watt combo with enough power to create a host of great sounding tones, from thick bluesy overdrive to crispy cleans, and then onto chimey chorus effects and searing distortion. None of these sounds feel like a struggle for Katana Artist; it’s versatility is part of the amps true strength.

Boss have put a Custom Waza 12-inch speaker in the Artist, which realises the 60s British stack speaker tone and response that Boss have done so well to capture. It is built for increased power handling, and with rich resonance and wide dynamic range, this is the ultimate vintage rock sound.

Refined Tones for Stage and Recording

It has been fashionable to include scalable power settings on amps these days, and the Katana Artist is no exception. With selections for 100, 50 and 0.5 watts you’ll be able to get those great tones no matter where you are. In fact controls is again where this amp shines. Straightforward yet laden with features, it’s a lot of fun to work your way across the panel developing your tone.

The Katana Artist is an upgraded monster of an amplifier that will be great for any guitarist who needs a toolbox of tones. You can gig with it, you can jam at home, and it’s great for recording. On top of all that, it won’t break the bank! 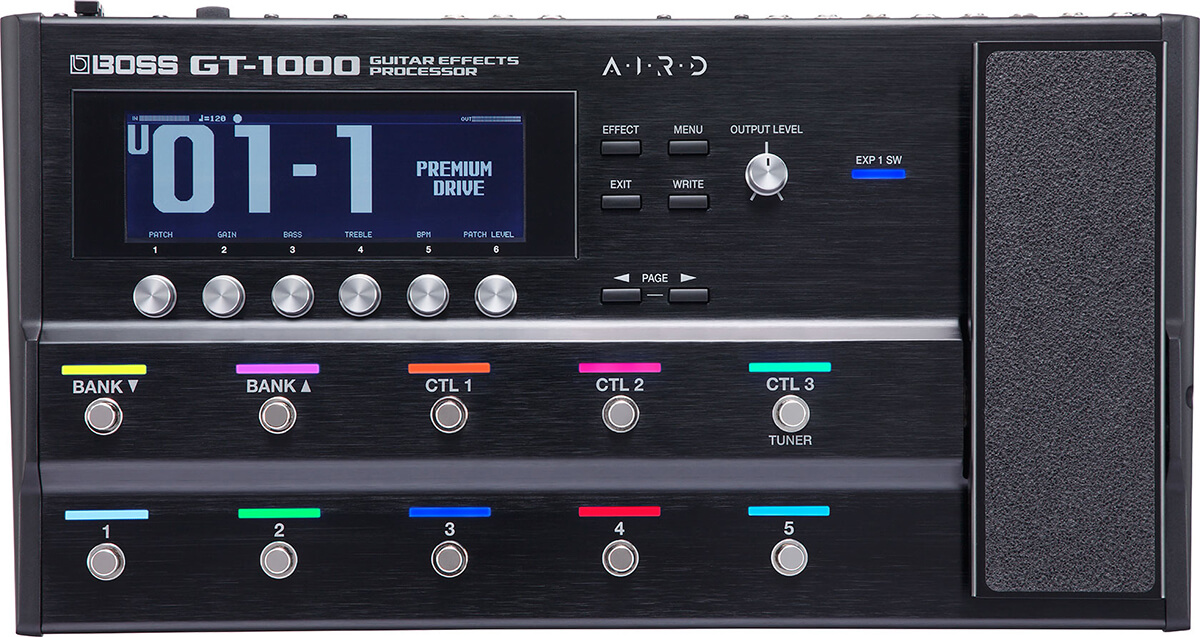 Once again, Boss go big. With the track record in pedals that they have, every release is sure to get guitarists excited. This is a flagship multi-effects processor, Boss claiming that it is the most advanced amp/effects processor they’ve ever built. Consequently the unit wouldn’t look out of place adorning a command console on the Starship Enterprise. Built with 32-bit conversion and 96kHz sampling rate throughout, this is super high-fidelity audio for out of this world sound quality.

There’s a huge range of cutting-edge Boss effects to enhance your tones. There’s numerous routing options and real-time controls at your command. And with the built in Bluetooth technology, you can access all the controls from the comfort of your smartphone. Check out Boss’s demo video and see just a few of the myriad of sounds this pedal can produce. 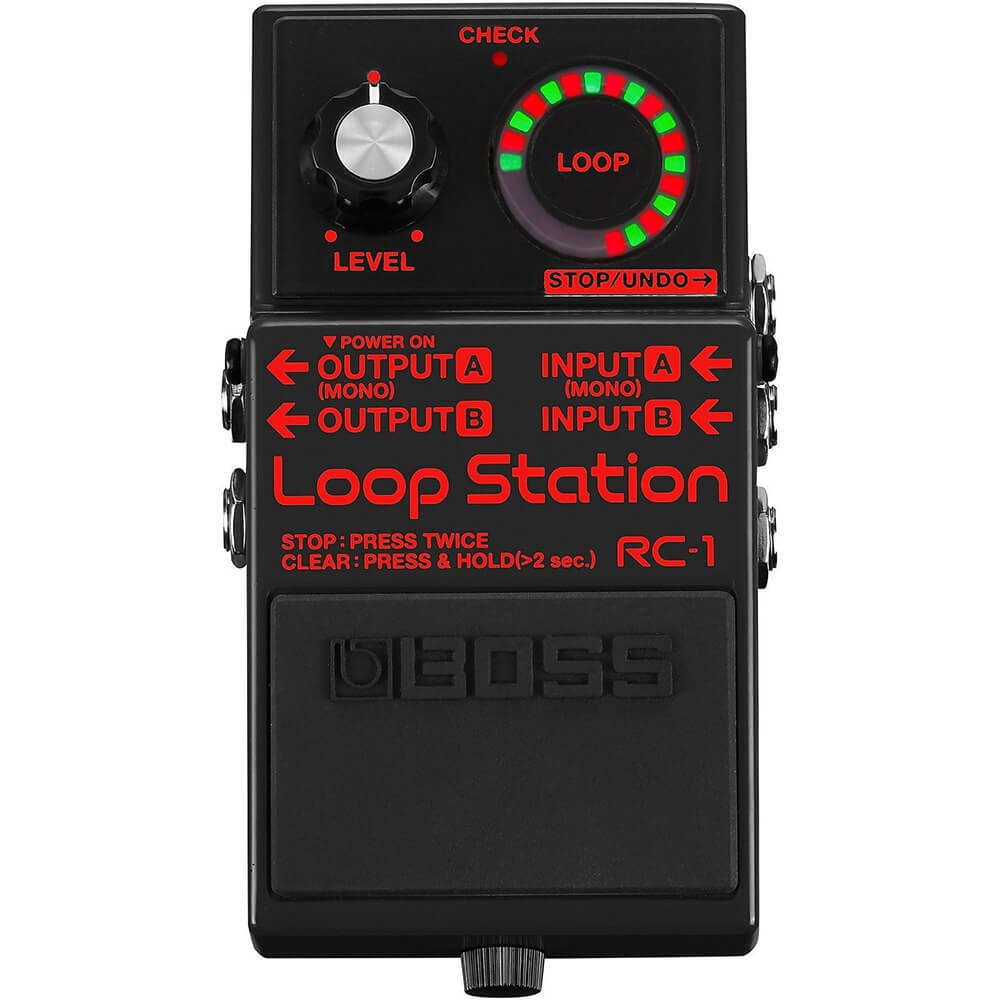 In developing the RC-20 back in 2001, Boss made a breakthrough and allowed artists to explore a whole host of possibilities with looping technology. This has taken us a long way, with superstars like Ed Sheeran using looping as an integral part of their performance. Having now sold 1 million units since 2001, Boss celebrate with the release of a limited edition black version of the RC-1. Offering top-quality sound and simple operation in a portable package, the RC-1 is the top-selling Loop Station in the lineup. With simple controls and 12 minutes of looping time, this is a great pedal for anyone wanting to start out with looping effects. This limited edition looks great, and will only be available in 2018.