A Beginners Guide to… Mixing Audio

Posted on 3rd December 2019 by Callum

This blog post has been contributed by Lucas Welter of Piano Dreamers. For more great insight into home studio and recording, as well as in-depth information on all things piano, keyboards and more, visit pianodreamers.com.

Mixing can sound like a daunting process, especially when you’re just starting out on your audio production journey. It’s often difficult to know where to start and what to tackle. There is truthfully no “one-fits-all” approach when it comes to mixing. Fortunately we can provide some general tips and principles to apply that will help you on your musical journey.

As the title suggests, this article aims towards the beginner producer who’s just starting out. That being said, this is not a comprehensive and exhaustive list. Take these simply as guiding tips and general advice.

Producers are individuals and at we all have our different ways of doing things, including mixing. However, most producers will agree that setting your monitoring levels at the start of your session will be a good idea.

Your monitoring levels is simply your default mixing volume. You will want to set a specific and consistent volume that you will use during your mixing process. Even the smallest increase or decrease to levels can affect how your overall mix sounds.

This optimal volume is entirely up to you and you will have to mess around with different levels until you find the optimal volume. Just bear in mind that there is a high chance that you will be mixing for a long time, so make sure it is a comfortable and safe level – not too loud!

Pay Attention to your Static Mix 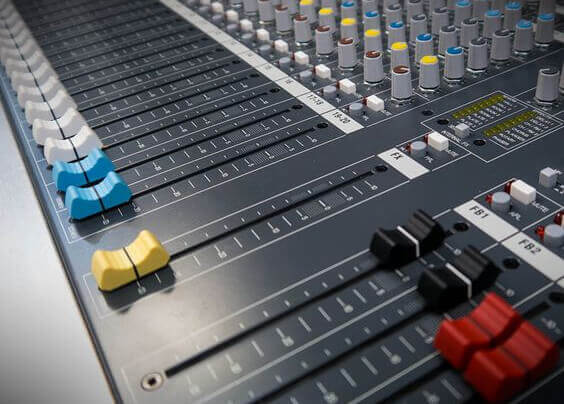 An extremely important part of the mixing process is getting your levels right. In fact, some producers and engineers argue that this aspect is the most important of all.

Simply put, this stage will involve playing with the volume faders on each track until they reach their optimal level and everything feels well balanced. Your aim is simply to ensure that all the tracks are audible enough and that everything “fits as it should.”

At this stage you will not yet be applying any effects to any of the tracks, simply just levelling them out. EQ, compression, reverb, etc. will come at a later stage, for now your main concern is achieving volume balance.

That being said, you will definitely need to adjust the levels as you continue mixing.

Bob Clearmountain, producer of The Rolling Stones and Chic, suggests:

Once I’ve got a rough mix, then I’ll go through it again and solo individual tracks until I get a really good idea of what’s on each one and what the ‘role’ of each part is. I like to think of the instruments as characters, assessing what their contribution is, and what each thing adds to the song.

Label and Colour Code Your Tracks 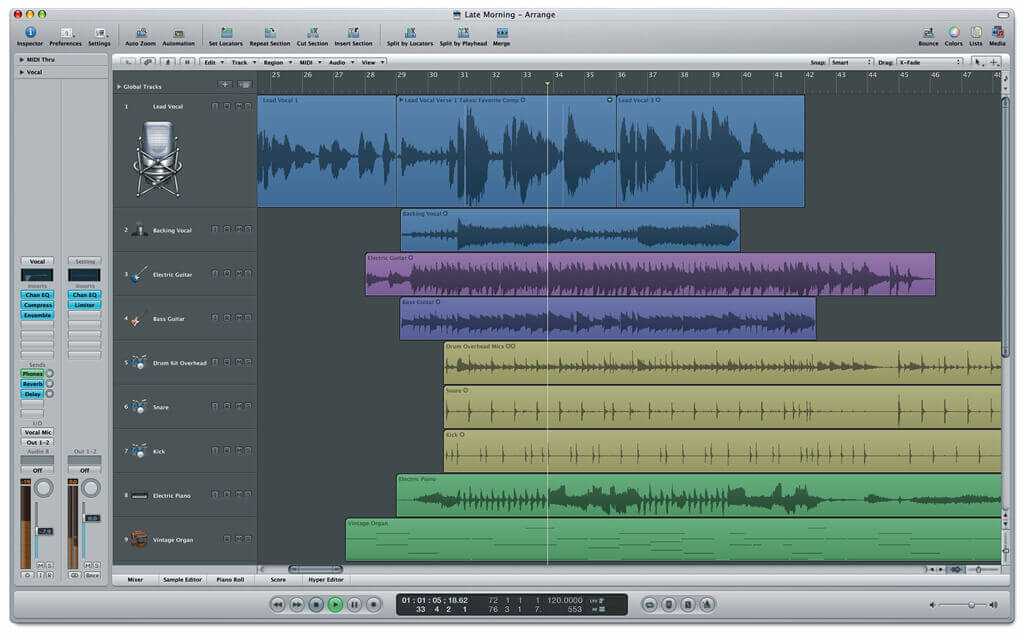 A key component in being able to work efficiently is to remain organised. When it comes to audio production and mixing, you have to know what and where your tracks are. This entails naming your tracks appropriately and going a step further to colour-code them for ease of access. For example, you could use the colour blue for your drum tracks and name then appropriately i.e. “kick_1”, “snare”, “hi-hats” etc. This saves you time as you do not have to painstakingly go through each track and listen to what it is.

On top of this, it helps to group like tracks together so you can quickly refer back to specific parts with ease and speed. Most producers tend to group the vocals together, drum section together, string instruments together etc. You can group them visually by moving them into a suitable order, and sonically with grouped outputs. This is known as “bussing”, sometimes called a sub-group.

Labelling and colour-coding will come in extremely helpful as your project file will look organised. Should you decide to rearrange any parts this will help you achieve that without wasting too much time sifting through endless tracks. 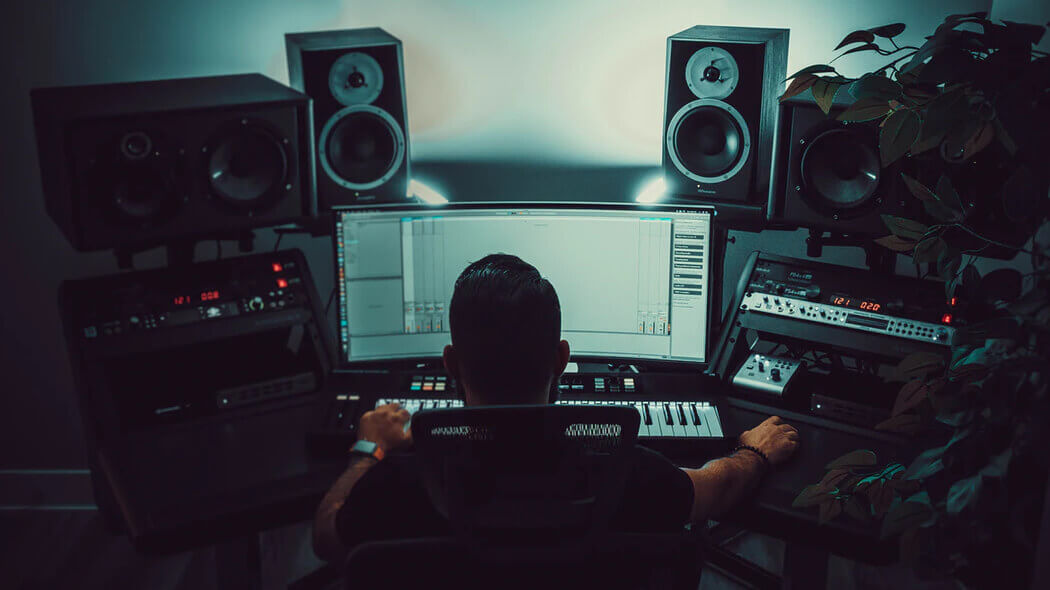 So, in a similar vein of form, many producers and engineers listen to reference tracks while mixing as it helps guide and nudge them in the appropriate direction. While using reference tracks, your aim is NOT to mimic the track you’re referring to, but rather use it as a ball-park guide as to what general direction to work towards. Remember, each song has its own individual needs when it comes to mixing and you must approach each track/song you mix with its specific needs in mind.

Listen to other people’s stuff on your system — even if you have cheap monitors at least you will get a reference point. 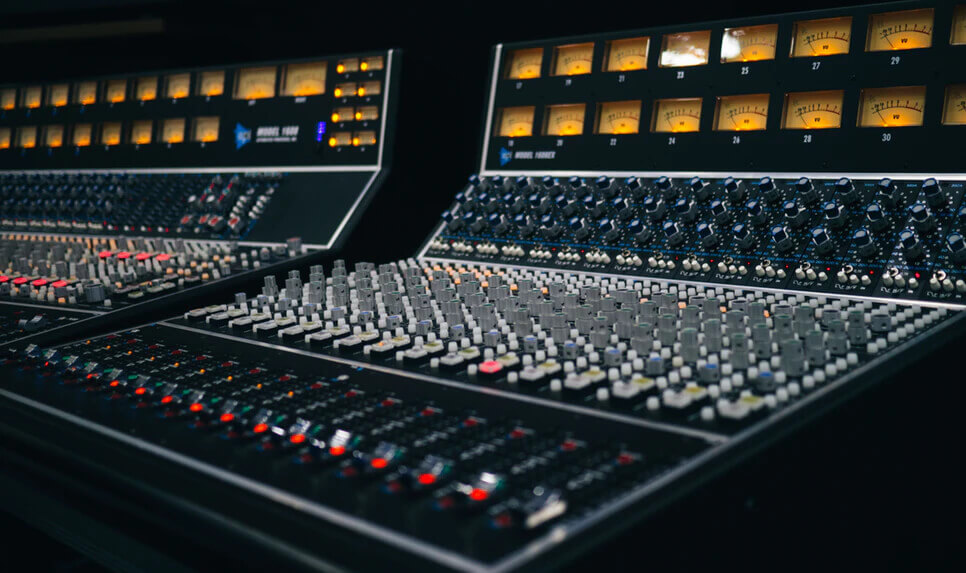 At first glance, this may seem like a bit of a confusing concept but we’ll break it down for you.
A mistake many beginner producers tend to make is to isolate individual tracks and then mix them one-by-one. When you do this, you do not hear the isolated track in context of the whole mix and as a result, your tracks may end up clashing. On top of that, the volume might not be properly balanced, which, in turn, will affect the overall quality of your mix.

Mixing in context allows you to tweak the finer details of the mix while keeping in mind the bigger picture. It will also give you a better understanding of which frequencies are clashing or if a particular channel is hogging the bandwidth and drowning out other tracks. Listening to all the tracks at once you can hear the interplay of what you’re changing and how that affects the overall mix. 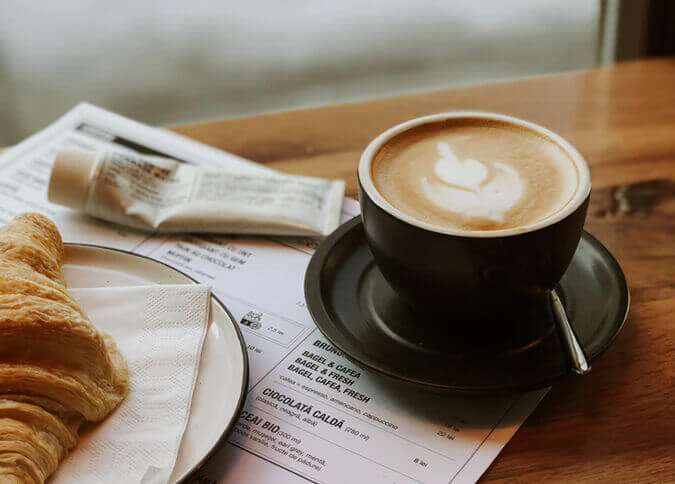 This may seem like a no-brainer but a lot of new producers underestimate the importance of giving your eyes and your ears a break.

Apart from your general physical well-being, taking a break from your mix and coming back to it often yields to more clarity as you pick up on things you may have overlooked. Fatigue plays a role in how your mix sounds to you, so do not tire yourself and your ears seeing as “tired ears produce tired mixes”. Many producers after having worked late into the night will come back to a mix the next morning and be horrified with what they hear. Did I really think that sounded good?! Don’t overdo it, you can zone in on your mix too much and lose your critical listening skills.

Do Not Aim for Perfection

There’s a joke within the producer community that the producer curse is chasing the “perfect mix”. There is truthfully no such thing as a perfect mix and many new, and established producers, end up going down the rabbit hole of trying to achieve this, which in turn will result in frustration.

The truth is that you will ALWAYS spot things that you could’ve “done better”. Your first impulse will be to go back and tweak it. Whilst this is the correct cause of action if it is indeed a glaring error, many times you will simply be giving yourself more work for no particular reason. A good motto to work by is “finished is better than perfect!”

Perfection doesn’t exist and you should not chase it.

Check the Mix on Multiple Systems

By now you’ve realised that no two sound systems sound the same, a song will sound very different on your studio monitors than it will on your car system or general speakers. This largely has to do with the fact that these systems’ designs suit different purposes. Studio monitors are specifically designed for flat-response while mixing whereas speakers are designed for leisure listening.

Whilst you have zero control over how these systems are designed, your role will be to make minor tweaks to accommodate the discrepancies between all these differing systems. Try to listen to your mix on as many different systems as you can. Your studio speakers, headphones, hifi, car stereo, bluetooth speaker, mobile phone – these are all ways someone could listen to your mix. Trying to find the balance between all these devices is a big part of a mix engineer’s skills.

As mentioned earlier, in no way is this list exhaustive but these basic guiding principles will help you along the way. Becoming better at mixing is a process, a journey if you must, you truthfully never stop learning and you pick up on new things along the way.

As an avid piano dreamer, Lucas has immersed himself in all things keyboards and music for more than 12 years. This captivating journey has inspired him to launch the PianoDreamers blog to share all that he’s learned with his fellow musicians. Lucas collaborated first-hand with many accomplished musicians and participated in numerous musical projects of note. From teaching to performance, consultation to making music, he’s been turning his piano dreams into reality for more than a decade.