Blog » New Release » 6 Reasons Why Gibson Are Back!

6 Reasons Why Gibson Are Back!

For anyone who’s followed the tribulations of Gibson over the last year, I’m sure you’d agree it’s been a rocky path. But after installing a new CEO in the form of James “JC” Curleigh in November 2018, the brand has gone from strength to strength. A lot of hard work behind the scenes resulted in their appearance at NAMM 2019 in January, impressing everyone who visited the stand. They are doing all the right things that people want to see from Gibson. There’s been a groundswell of anticipation around their range refresh, which is now here! Read on for our 6 reasons why you should be excited too…

Gibson is one of true the giants of the guitar world. It’s not only loved by guitarists, but the strength of this global brand has created a mythos and household name. So many musicians have used Gibson guitars, creating the sounds that have inspired generations. From the ’59 Les Paul and ’61 SG, to the ES-335, J-200 and J-45, these are much more than guitars. They are icons unto themselves! Gibson know what makes them great, and these latest models tap into that history and above all, give players what they want.

2. New CEO Is The Right Man

James “JC” Curleigh is a down to earth CEO. He’s led Salomon and Levi’s previously, two more super-powerful global brands. There are a surprising number of similarities between iconic fashion brand Levi’s and Gibson. Both have a long history, iconic products and have had their fair share of trouble. Interestingly it was James who last brought Levi’s back from the brink, so who better to run Gibson?

He understands the brand and most importantly, listens to players, fans and his staff. He speaks of an explosion of inspiration when he took charge, and this came from inside Gibson. JC has simply let them loose! It’s pretty poetic that someone known as “JC” should be heralded as the saviour of Gibson… and he seems like a cool guy too! 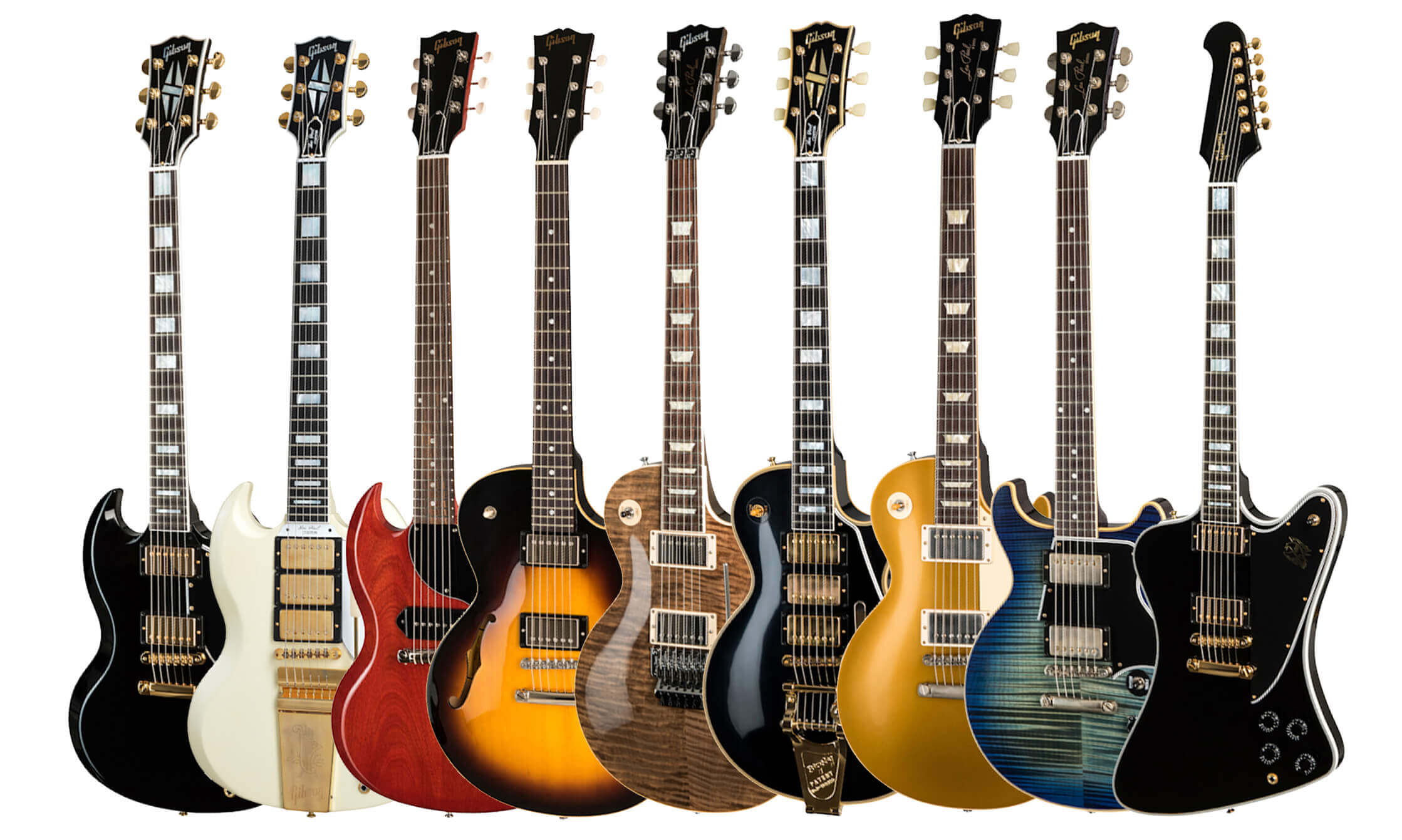 Possibly the most important change for Gibson is the abolition of model years. Every year Gibson would release a new lineup, with tweaks and changes in every permutation you can imagine. This pressure to keep development to a yearly schedule had wound up giving more misses than hits recently, with some goofy features and colour choices.

JC has scrapped the year system, and is keeping things more transparent and focused by series. Just like Levi’s 501 jeans will always be fashionable, so will the Les Paul Standard. Gibson will produce what players love in the familiar format, and let innovation and development become more organic.

They will also build the profile of their other guitar brands, Epiphone, Kramer and Steinberger. Whilst Gibson is the premium aspirational brand, Epiphone is the accessible brand. Kramer and Steinberger sit as more specialist marques, but offer an alternative to your classic Gibson instruments. Don’t forget Kramer was the biggest guitar maker back in the late 80s – JC is looking to rekindle that fire! 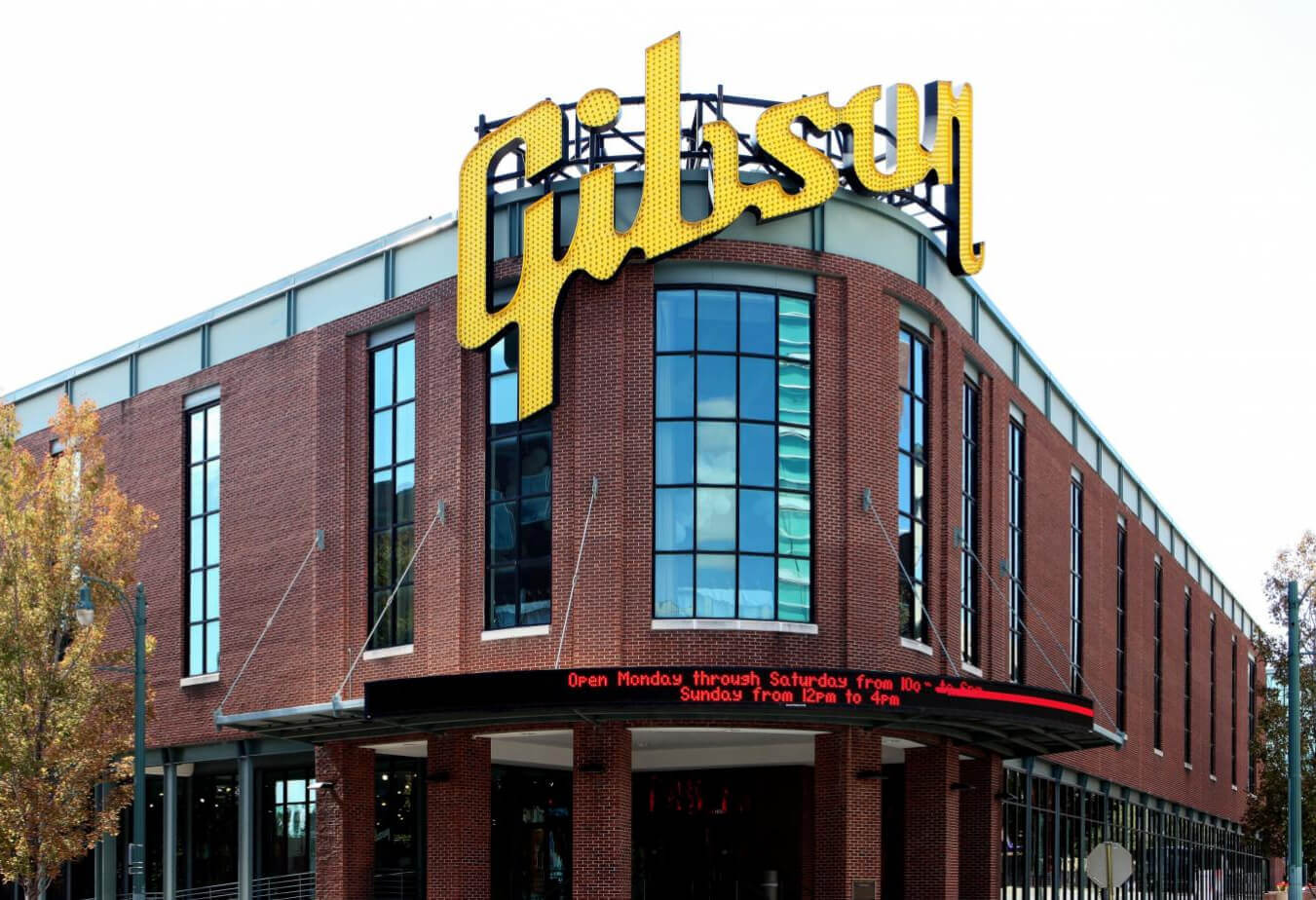 Gibson has always maintained its proud heritage of US manufacturing. This is spectacular considering how much production (not only guitars) takes places in Asia, but Gibson is one of the few that can proudly say ALL their guitars are US-made. In terms of manufacturing, they’ve received a lot of investment to help them going forward. The Memphis factory has relocated, taking staff and all to join their plant in Nashville. This facility has undergone some big changes too, ironing out inefficiency and creating a better environment in which to work.

Curleigh has declared his “War on Dust”. Imagine working in a factory where they work with wood; sawing, cutting and sanding hundreds of guitars a day. Dust and sawdust hanging in the air as well as piling up on any flat surface. It’s your old DT classroom on steroids! Gibson now separate this off from the other processes, meaning electronics and finishing are free from ‘contamination’. The other key improvement is consistent lighting throughout the production process. It seems straightforward, but this is something Gibson weren’t doing before. Now everyone working can clearly see what they are doing, and keep consistency throughout production. 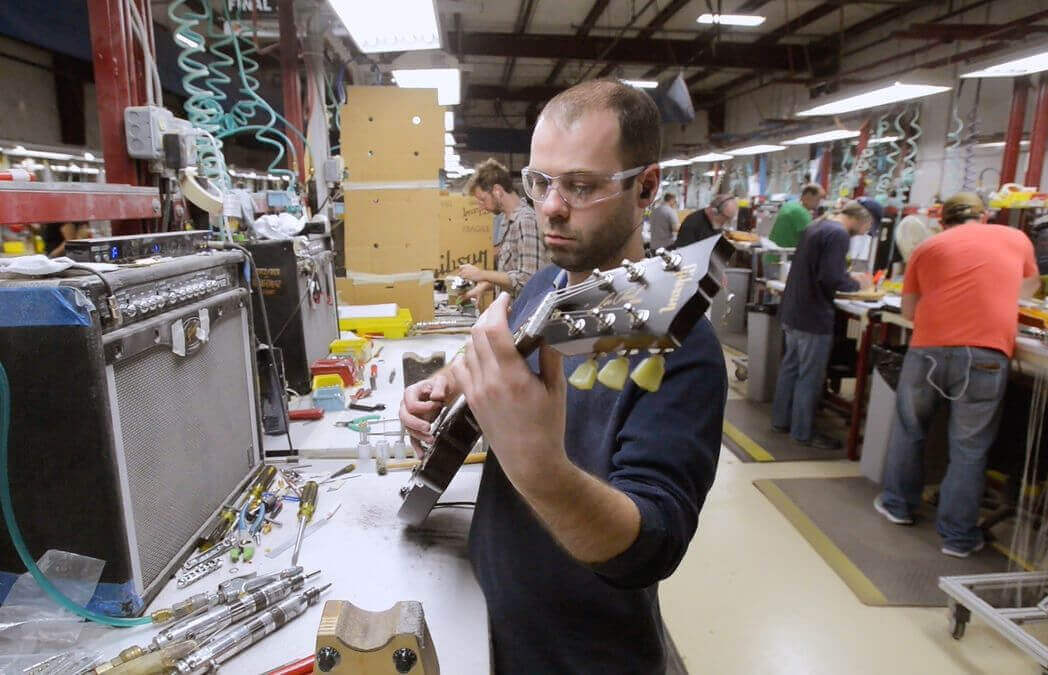 A huge bugbear from Gibson was their apparent lack of quality control. When you spend thousands on a guitar you expect it to arrive immaculately presented. The new CEO has changed the production process, to handle the guitars less and thus reduce the chances of knocks and dings. They are also inspected at each handover point, rather than a single inspection at the end of the process. This helps to iron out errors and catch problems earlier in the chain. Now you can be so much more confident when you open that box for the first time. You will see, touch and smell the quality oozing from these incredible instuments! 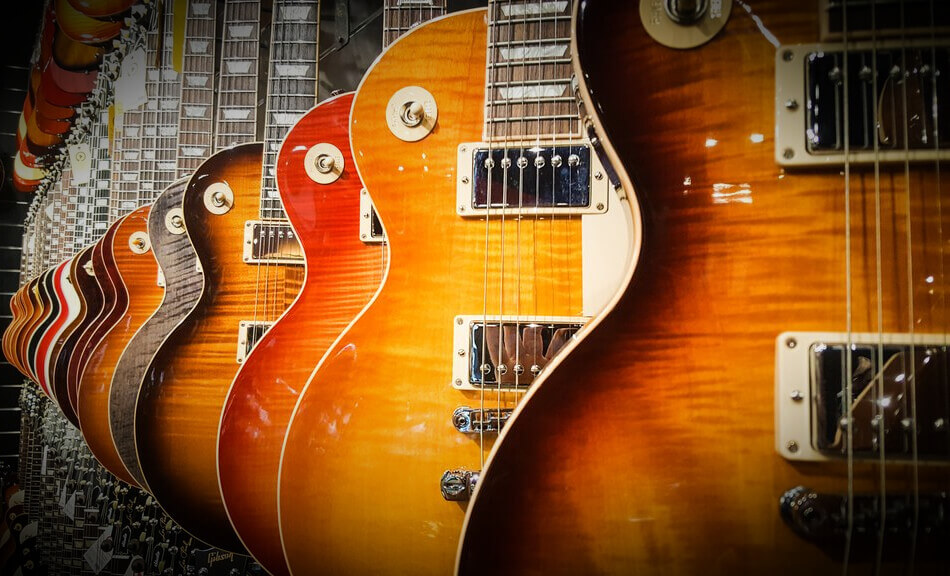 Gibson are saying all the right things. If the 125-year-old brand had become strained and tired in recent years, now it is energised and invigorated. The new CEO has made changes that all make sense. But most importantly, these have come from listening to staff, players and fans. JC says that the ultimate in sustainability is building instruments that last. The original 50s Les Pauls that are so coveted are all still here 60 years on – they don’t get thrown out! This is what Gibson hope to do, and that this current crop of 2019 guitars will be handed down over generations and keep the music coming! Taking what’s great about their past and building for the future, Gibson are set to be relevant and desirable for the next 125 years as well!